Like others around the world, Huntsville social justice groups have been active in speaking out against police brutality and demanding justice for George Floyd. 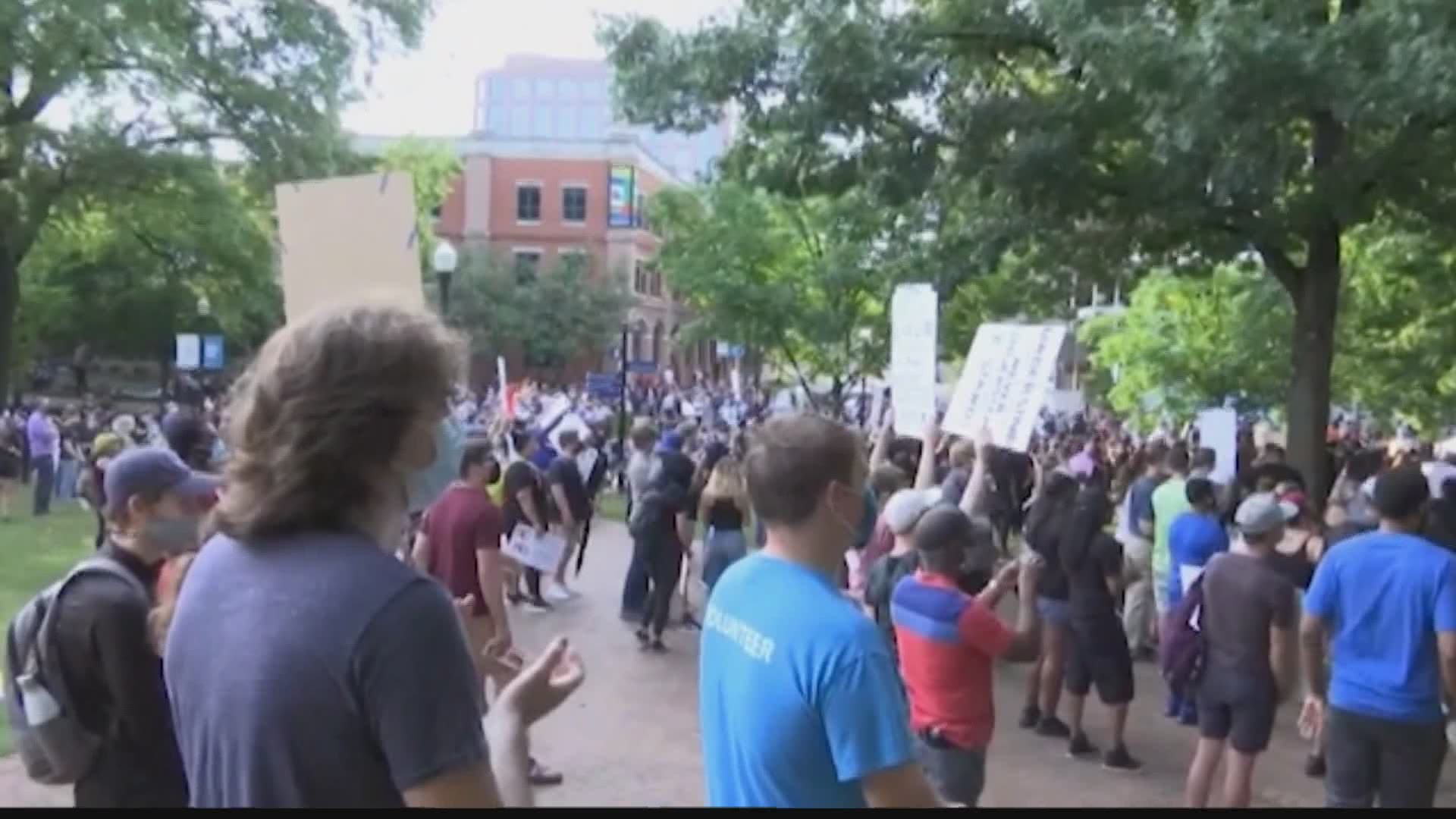 HUNTSVILLE, Ala. — We met with some groups and activists in the Tennessee Valley to ask what they hope the outcome will be in the Derek Chauvin murder trial. Former Minneapolis police officer, Derek Chauvin, is charged with murder in the death of George Floyd.

The case has gone to jury deliberations Monday.

RELATED: Chauvin trial outcomes: How a conviction, acquittal or mistrial are possible

Like others around the world, Huntsville social justice groups have been active in speaking out against police brutality and demanding justice for George Floyd.

Our reporter asked representatives of Huntsville activist groups: "What are you hoping to hear once the verdict of the Derek Chauvin trial is announced?"

We spoke with Angela Curry, of the Citizens Coalition for Justice Reform. Curry says, “I know that I’m hoping for what I believe and hope that all Americans-- and not even just Americans, but the world-- is hoping for. That’s justice.”

Youlanda Caudle is the President of the Huntsville Madison County branch of the NAACP. Caudle says, “The outcome that we pray for is for Mr. Chauvin to be held criminally liable for the killing of Mr. George Floyd... Not for manslaughter, but for second degree murder.”

We spoke with Pastor Gregory Bentley, the President of the Huntsville chapter of the Southern Christian Leadership Conference. He says, “I’m hoping that he will be convicted of murder. I think it’s obvious for anyone who saw the video.”

People around the world saw the disturbing video of George Floyd in his last moments of life. Former Minneapolis police officer Derek Chauvin pressing his knee into Floyd’s neck for, what prosecutors say, was about nine minutes.

Now, the world braces for a verdict in Derek Chauvin’s criminal trial.

Pastor Gregory Bentley says the evidence should be overwhelming. But, he still has doubts Chauvin will be convicted. He adds, “We know that there’s a real gap between what we profess on paper here in America relative to black Americans, and what black Americans have experienced. So, often times, what should happen and what does happen don’t agree with one another.”

Demonstrations erupted across the world-- and in Huntsville-- once the video of Floyd’s last moments went viral online.

People in the Tennessee Valley chimed in to the calls for change, holding demonstrations and demanding local officials pay attention to inequities here at home.

Youlanda Caudle tells our reporter, “We’ve had several rallies for police brutality and asking the mayor and city council to enact police reform….It’s nationwide. It’s not just here locally-- not just in Minneapolis. The impact of the verdict, it will be sounding very loudly.”

Angela Curry shares,  “When things are not done properly, there needs to be accountability.”

Pastor Gregory Bentley says, “It matters because, you know, as black Americans, we have loved America-- even when it hasn’t loved us. This is yet another opportunity for America to live up to its professed ideals. We hope for the best, but we plan for the worst. Because too often that has been our experience.”

RELATED: What we know about the jurors in the Derek Chauvin trial

RELATED: Chauvin trial outcomes: How a conviction, acquittal or mistrial are possible

RELATED: EXPLAINER: How is 'reasonableness' key to Chauvin's defense?