Chanda Crutcher says, "...By the time it got to the questions of ‘Do you have crack?’ or ‘Is there a dead prostitute in the car?'... That's when my heart sank." 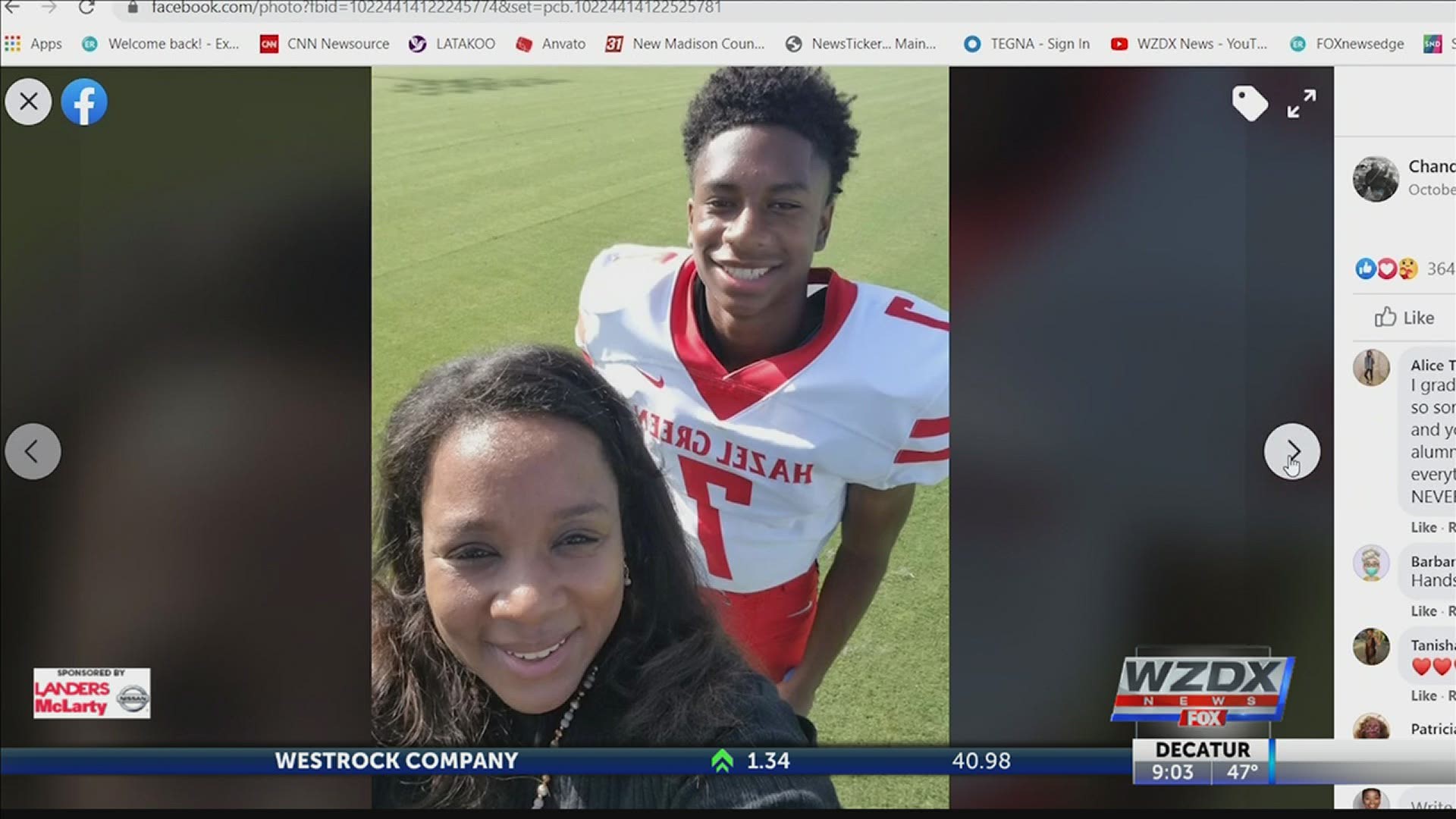 HUNTSVILLE, Ala — UPDATE: Click here for the latest statement from UAH President Darren Dawson, released October 19. Scroll down to read the statement.

Chanda Crutcher says she never thought she would have to watch body cam footage featuring her son. It all started when her son was stopped by UAH Campus Police on October 3, for an apparent cracked tail light.

The actions of the officer during the stop have sparked conversation among the thousands of people who’ve read and shared what happened in a Facebook post by the teen’s mother, Chanda Crutcher.

Our Sydney Stallworth spoke with her Friday evening.

Chanda Crutcher remembers her thoughts while watching the officer body's cam footage. She and her husband went to the campus police headquarters to review the footage. She tells our reporter, “It didn’t take too long into the video to realize that we were dealing with a situation that was far more complex than what we had anticipated.”

Chanda Crutcher holds back tears as she recounts what she saw on the footage, showing the UAH Campus police officer and his interaction with her teenage son, Caleb Crutcher, during the stop around 11:00 pm on October 3.

Mother, Chanda Crutcher says, “He asked him the standard ‘do you have any drugs in the car?’. To which Caleb answered ‘No, sir.’. He then went on to question him about weed several times. By the time it got to the questions of ‘Do you have crack?’ or ‘Is there a dead prostitute in the car?’ my husband screamed ‘That’s my son!’. That’s when my heart sank.”

In her Facebook post about the incident, which has been liked and shared over 11,000 times, Crutcher says, the officer also repeatedly referred to her son as ‘brother’ during the stop.

She tells us, Caleb is still coming to terms with what happened. She adds, “My son was traumatized, he was afraid.”

Crutcher says this pain is a familiar one to millions of black and brown families who have been racially profiled by law enforcement officers. She says, “The emotional damage alone that is being done to our young boys that are being put through this again and again and again… It’s got to stop and it’s got to stop now.” Crutcher adds, “I’m so thankful that it didn’t end the way it could have. We have drilled into Caleb to come home alive. To make the decisions necessary to come home alive.”

She refers to a conversation that, unfortunately, many parents have with their children in case they’re stopped by an officer on their own. Crutcher tells our reporter, “I am prayerfully optimistic that the days are numbered that we have to have a conversation with our children that other demographics just don’t have to have. Our babies have enough weight on their shoulders. They should be able to get in the car, drive to their part-time employment and drive home safely without the fear of a uniformed officer cutting their days short.”

Mrs. Crutcher tells our reporter that UAH President, Dr. Darren Dawson, has reached out and asked her to meet next week.

UAH Campus Police have not released the identity of the officer involved in this stop.

The President of UAH issued a public apology on Wednesday saying the actions of UAH police during this stop “do not represent who we are as an institution”.

Our team reached out to the spokesperson for UAH Campus Police for comment and to see if any disciplinary actions have been taken. We have not received a response at this time.

UPDATE: The following was released by UAH president Darren Dawson on October 19.

"Today members of my senior administrative team and I met with the young driver involved in the October 3 traffic stop and his parents. We informed the family that this incident has been investigated and corrective actions have been taken.

"We again apologized for the incident and had a meaningful and productive conversation about how we will improve our service to the UAH and Huntsville communities. Our action plan includes:

•We will form a committee of campus partners to review the practices, policies and procedures of the UAHPD, and make recommendations where appropriate. Laterrica Shelton, Vice President for Diversity, Equity and Inclusion, has been selected to chair this committee.

•UAHPD will undergo additional training.Together we will work diligently to strengthen our community relationships and ensure all members of our community are treated fairly, equitably, and with understanding."