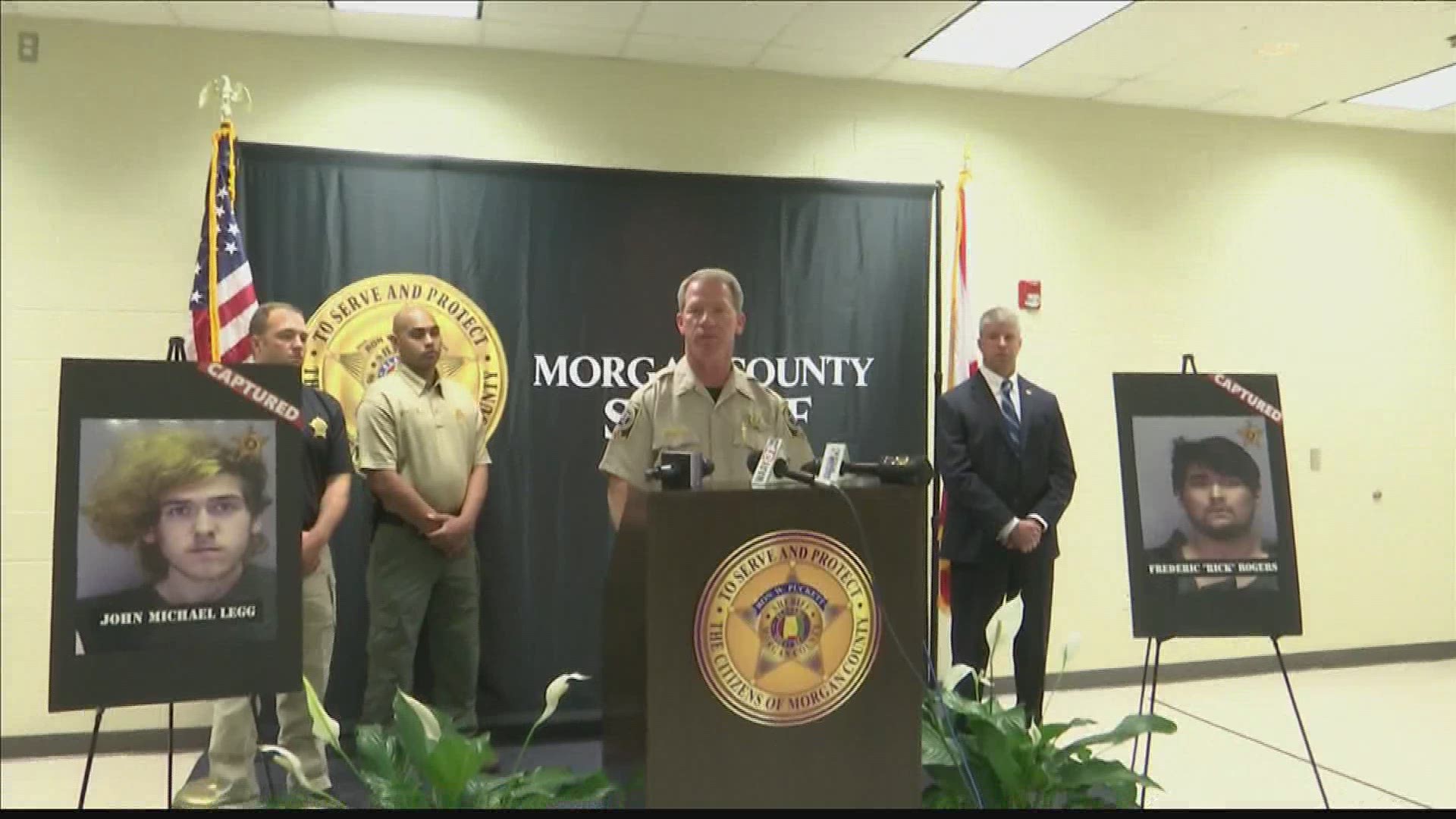 VALHERMOSO SPRINGS, Ala. — Two suspects in the septuple homicide in Valhermoso Springs have been indicted on six counts of Capital Murder, according to Morgan County District Attorney Scott Anderson. The indictment came from a Morgan County Grand Jury.

The indictment returned by the Grand Jury charges the defendants with six counts of capital murder for causing the deaths of Tammy England Muzzey, James Benford, Jeramy Roberts, Roger Jones, William Hodgin, Emily Payne, and a juvenile female, during the course of a robbery (Count I), pursuant to one scheme or course of conduct (Count II), during a burglary (Counts III-V), and during the commission of an arson (Count VI).

RELATED: All victims of mass shooting in Morgan County identified

The suspects were arrested during a traffic stop in Marion County, Oregon a couple of weeks after the killings.

"It's kind of crazy to think those two people, who can do such a heinous crime, can be right here in our small town," said Stephanie Morton, who witnessed the arrests.

At the time, investigators said the two murder suspects were so upset with fellow members of their club, Seven Deadly Sins, that they gunned them down to "wipe the slate clean."