Campbell says, "We had red mud go twenty feet into the store. Those dresses-- there’s thousands of dollars worth of dresses in there… There’s red mud all the way in. 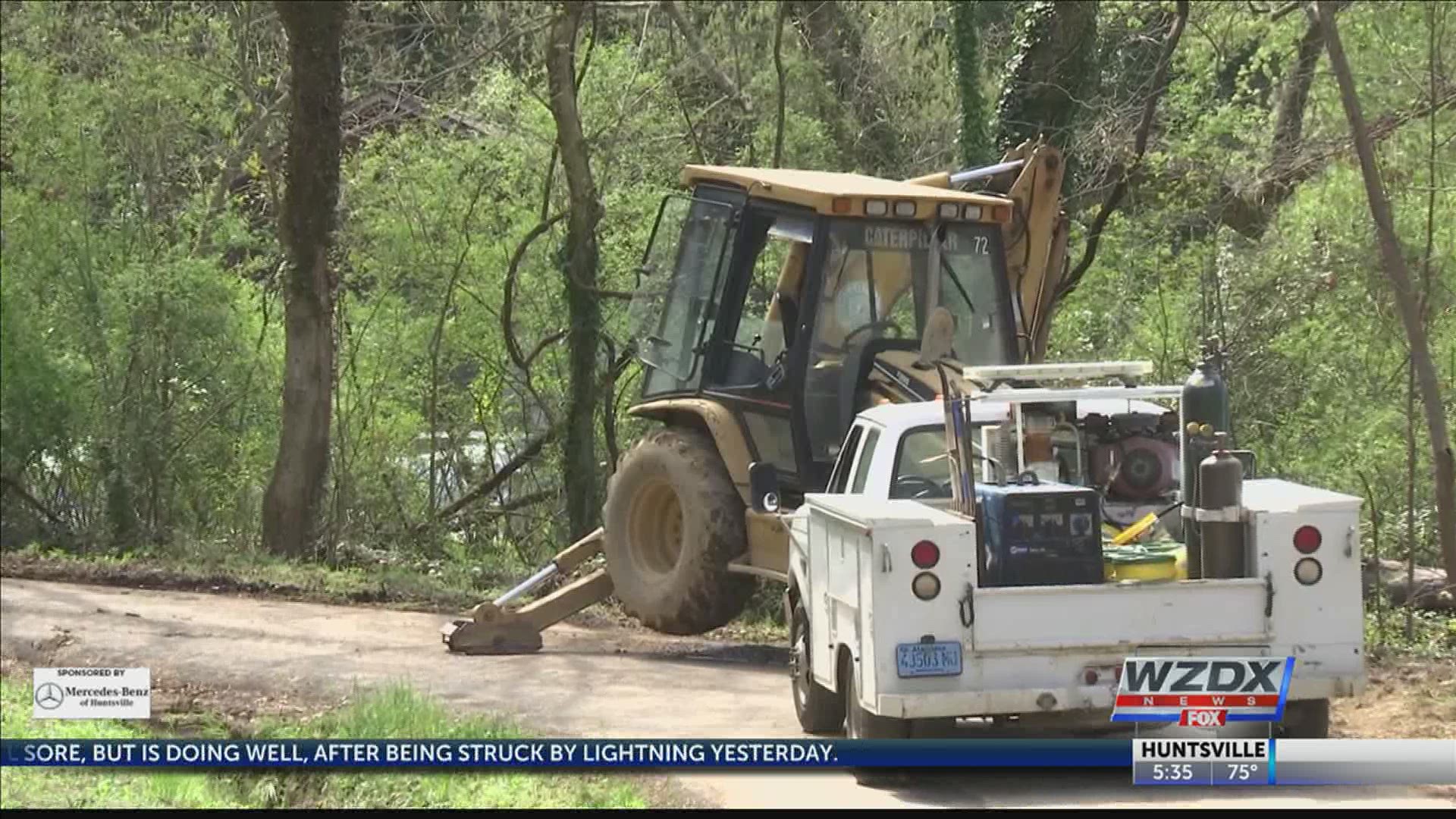 FORT PAYNE, Ala. — Thursday’s severe weather had us all on edge in the Tennessee valley. But, for some people in Fort Payne, troubles are just beginning after widespread flooding left a laundry list of problems behind.

Our crews returned to Fort Payne to follow up on damage to one local shopping center. Those business owners are left with big headaches after the storm brought water and mud through their back doors.

We caught up with Charlie Campbell, the husband of one of the owners of the Fort Payne shopping center. Campbell says, “We were here until like 11 last night trying to shore it up. You can see the sandbags that are here that weren’t here last night.”

Charlie Campbell’s wife is one of the owners of this shopping center off of Glenn Blvd in Fort Payne.

Despite their efforts, the water and mud made its way into the stores. Campbell tells our reporter, “This is actually Golden Treasures right here. It’s a formal wear and dress shop. We had red mud go twenty feet into the store. Those dresses-- there’s thousands of dollars worth of dresses in there… There’s red mud all the way in. That’s never happened until four years ago when they started doing the excavating up here. So, to me-- our side of it is that they’re doing something that changes the pitch of the water and the way its flowing.”

City crews did respond to the property last night to help. But, left just moments before our crews delivered a live report on the damage.

Campbell tells our reporter, “We do appreciate them coming out and trying to clean it up.”

Our team checked in with the Fort Payne Street Department. Crews are out Friday addressing and documenting flood damage across the city.

Tim Williams, Director of the Fort Payne Street Department, tells us the amount of rain the city endured is the cause of much of the damage. He adds, “We normally don’t have that much rain in one place. I’ve lived here my whole life and I’ve never seen water come off the mountain like that. There are places that water never flows and it was flowing then.”

We asked them about the problems at the shopping center on Glenn.

Our reporter, Sydney Stallworth, asks, “Is this not your first time responding there?”

Williams says, “No, we go there quite often. The way the rules are for public works.. If it’s a waterway that’s causing problems, we can work on private property to clear that. That is a waterway there. So, we were able to go in and help them and clear that.”

Williams says the large hill behind the building and the high volume of water contributed to the issues at the shopping center. He tells us the Street Department is looking to get federal aid to help repair the city’s public property damage .

Tim Williams explains, “Whenever we have a disaster like this, we’ll go out and do our survey and get all of our numbers together, send them in to EMA. Then, if it’s declared a disaster based on that amount of money, then it goes to FEMA and we’ll apply through them.”

RELATED: School and business delays, changes, and closings for March 26, 2021

RELATED: As the world starts to open back up, it's important to drive safely.