New South Huntsville Library on track to open by summer 2021

Crews broke ground on the $9.5 million project in February 2020. Now, construction to the new library is almost complete. 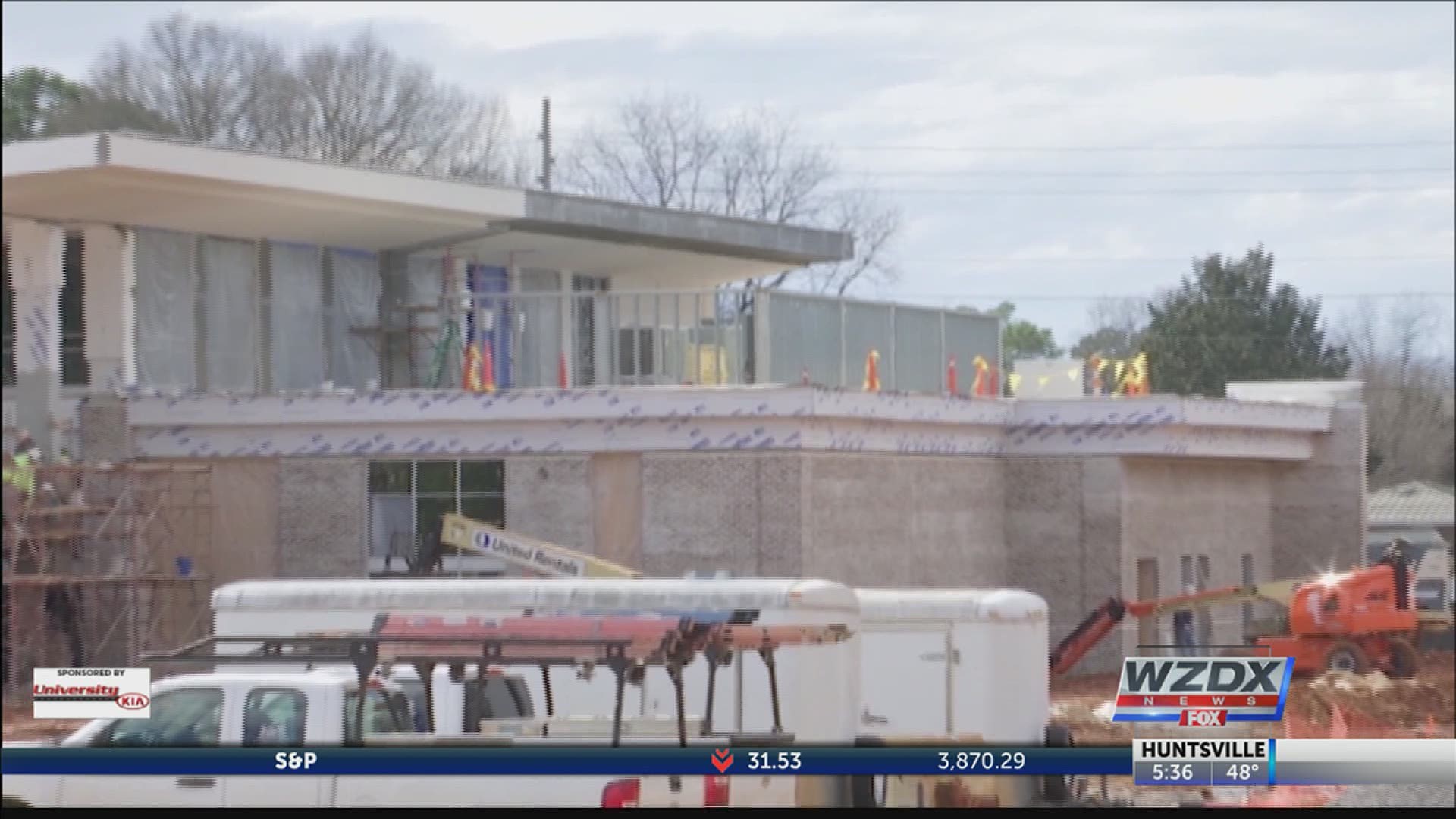 HUNTSVILLE, Ala. — After ten years of planning, the South Huntsville Public Library is set to open in just a few months.

Crews broke ground on the $9.5 million project in February 2020. Now, construction to the new 30,750 square-foot library is almost complete.

The library is expected to open by June 2021.

The library will have a puppet theater, gaming center, a coffee shop, and a makers space with 3D printers. City officials say it was designed with young families in mind.

Melanie Thornton with the Huntsville Madison County Public Library, said, "This new library is kind of a newer concept for libraries in general. It has big open spaces. It's going to have an outdoor vendor coffee shop, a children's puppet theater. There will be a meeting room. There will be programming space."

It will be part of the Sandra Moon Community Complex and will replace the Bailey Cove Library.

RELATED: Huntsville Amphitheater to open in Spring 2022 at MidCity District

Because of the area’s rapid growth, they expect to serve close to 80,000 people at the new library.