“Solidarity Sunday” movement challenges churches to get real about racism

The issue of racial injustice is a necessary, and sometimes difficult thing to discuss. A few local churches aim to bring these conversations to the pews on Sundays. 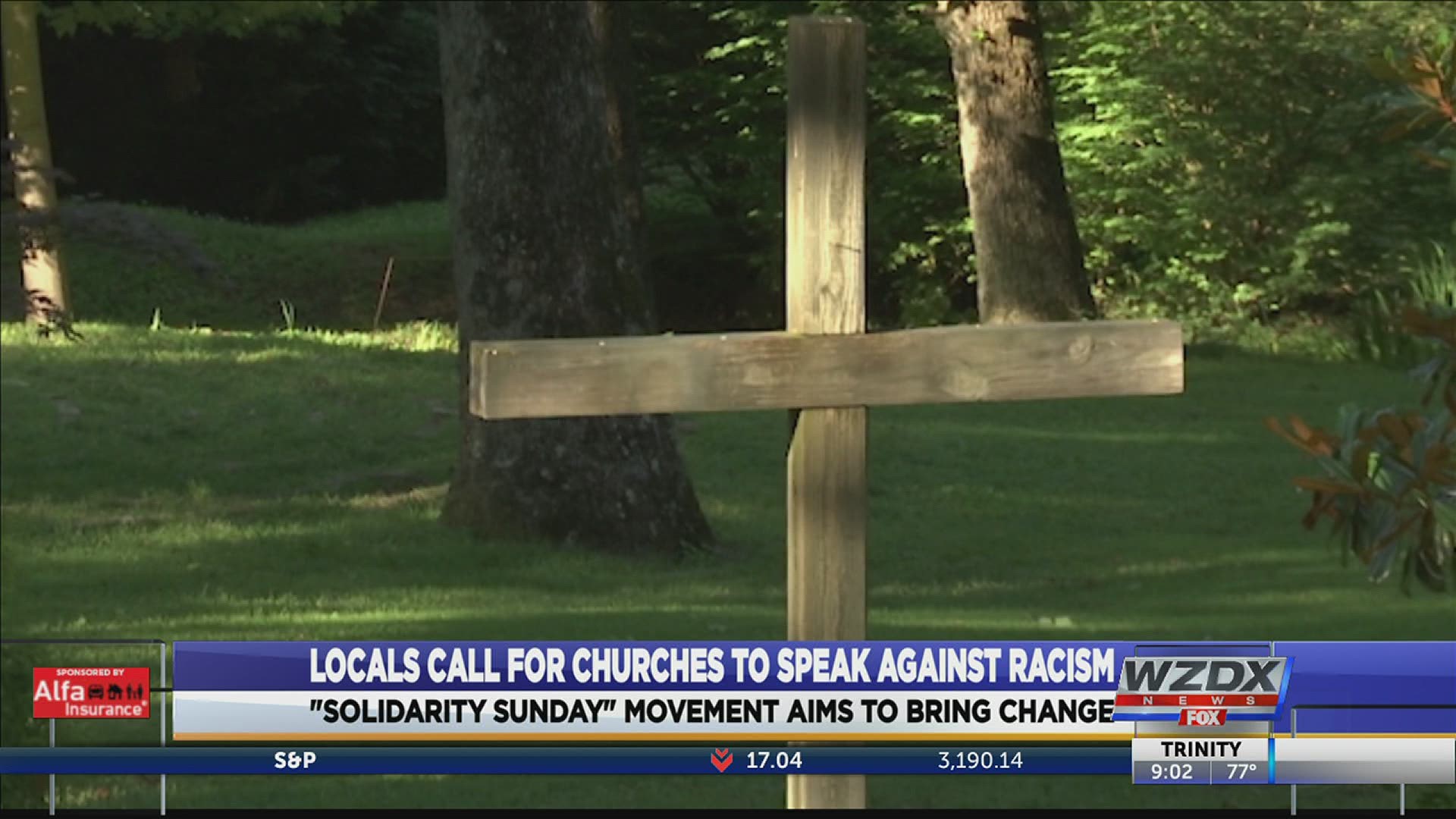 Across the country, we’ve had to start looking at systems, our history, and having conversations about injustices that have lingered below the surface.

But, a few local churches are trying to bring these conversations to the pews on Sundays.

It’s called “Solidarity Sunday” and it could be coming to a church near you.

Local spiritual leaders are challenging churches across the country-- of all demographics-- to start talking. They say it’s time to get real about racism.

"Solidarity Sunday" is organized by REACHsv in partnership with local church members and the Huntsville Chapter of the Southern Christian Leadership Conference.

We spoke to Rev. Dexter Strong, the Director of Outreach with REACHsv. Rev.Strong says,  “When black people watched George Floyd die by strangulation, it not only was horrifying-- it was familiar. We know what it’s like to be in those positions. What we don’t know is why our white counterparts don’t care.”

Aaron McNully, the Director of Development with the Racial Equality Action Committee of Huntsville tells our reporter, “It’d be dishonest to not say that it has a long history. It is part of the reality that we’re calling on white churches to confront.”

Organizers say, “Solidarity Sunday” is all about having a transparent talk about privilege, racial injustice, and a way forward.

Rev. Dexter Strong says,  “If we have an honest conversation, it will reveal that we’ve been fed lies. And we need to expose those lies so that we can move past them.”

And they’re asking churches to sign their solidarity pledge. It calls for training for church leadership, congregational awareness messages on systemic racism (at least monthly), and the agreement to help move forward an existing local cause.

Aaron McNully tells our reporter what the cause is. He says, “The citizen coalition for Criminal Justice Reform. There are nine asks that they have of Huntsville PD and Madison County PD, that we’re going to support and take direct action to see reform right here in our backyard.”

The actual “Solidarity Sunday” event will be on Sunday June 21-- the weekend of Juneteenth. But, organizers say they hope the dialogue and the movement continues long after that.

RELATED: 'He is going to change the world': Funeral held for George Floyd

RELATED: 'I hear you:' Jacksonville mayor announces removal of all Confederate statues citywide