Photos appear to show the Leeds man in the U.S. Senate chamber. 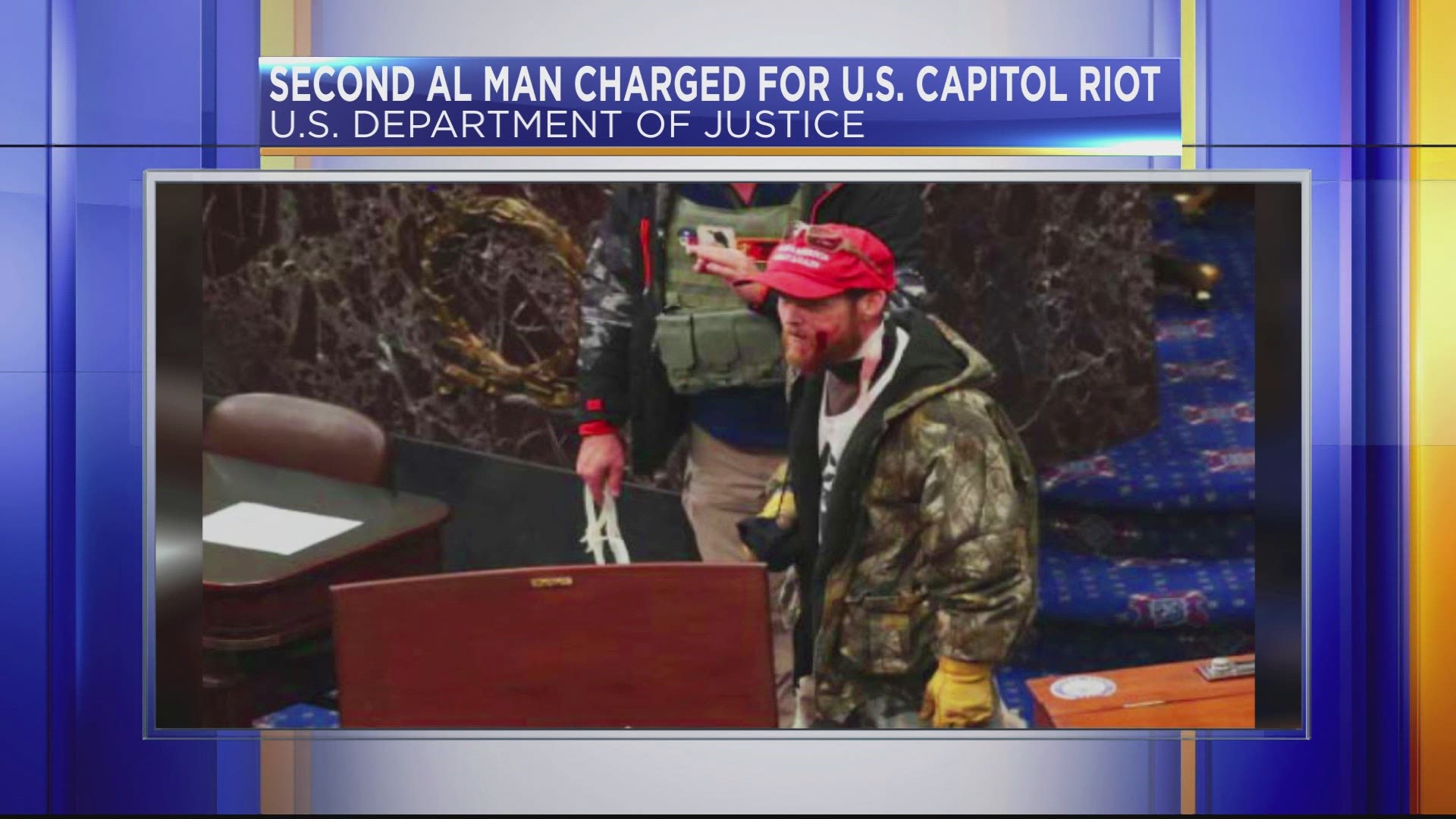 WASHINGTON — As of January 14, 41 people have been charged with federal crimes in connection with the breach on the U.S. Capitol.

Two of the suspects are from Alabama. One, Lonnie Coffman of Falkville, AL, has been indicted on 17 charges, including federal weapons charges.

The second is identified in court records as Joshua Matthew Black. According to the Department of Justice, Black was identified when a video appeared on YouTube video in which a man who appeared to be Black talked about the attack on the capitol and his alleged role in it.

READ: Affidavit in support of criminal complaint and arrest warrant

It took about an hour from the time rioters arrived at the Capitol to breach all police barricades and overtake the legislative building.

The Capitol was placed on lockdown, police ordered evacuations, and the certification of Electoral College votes, which had just begun minutes before rioters broke in, was delayed.