Celebrate Black History Month: Huntsville’s oldest Black-Owned Business reflects on a year like no other

Karen Smith of Royal Funeral Home in Huntsville tells our reporter, “There have been inequities long before COVID…" 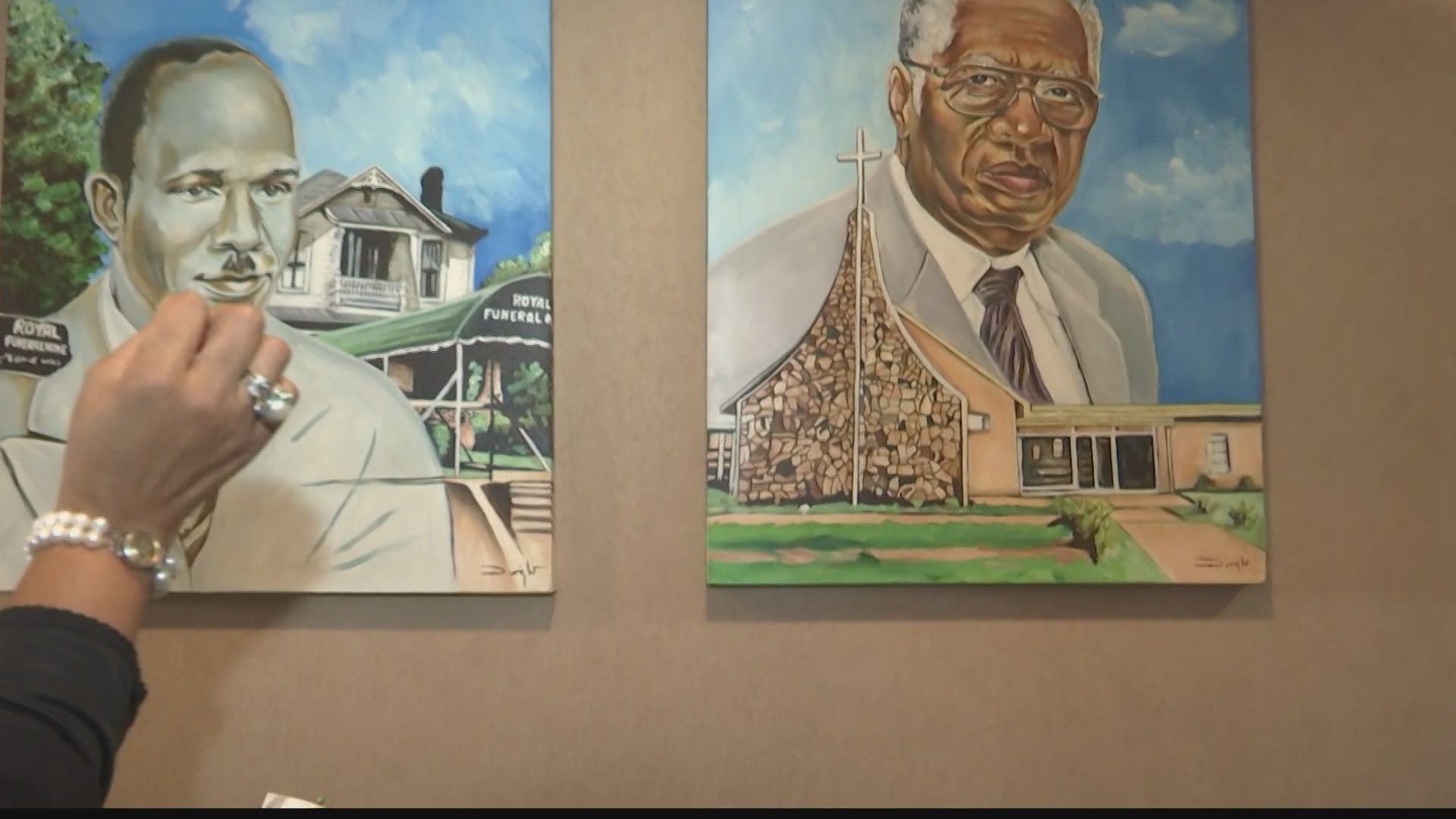 HUNTSVILLE, Ala — Huntsville’s oldest black owned business is still serving the community. Although this business shines a bright light, they’re constantly helping people through some of  their darkest times.

We spent the day at Royal Funeral Home, a business with a history stretching back over a century, and heard how they’re making it through a year like no other.

Karen Jones Smith says, “It actually shows the building. That was the very first building.”

Karen Jones Smith, President of Royal Funeral Home, shows us the progression of the Royal Funeral Home business. The home's rich history stretching back over a century in Huntsville-- all starting with one man.

From the ownership of Charles (C.K.) Binford, to the Hundley family after his death, then to the Jones family-- Karen Jones Smith’s grandfather, father, and now her. Karen Smith says, “We have attempted to continue the traditions that have really been set by those who have come before us.”

David Smith continues, “And that’s any celebration-- that’s all a celebration is. And that is part of our history.”

Since few white undertakers would serve the African American community even up until the end of the 1960’s and likely beyond as prejudice lingered, black undertakers created independent businesses to fill the need. Royal did just that back in 1918, all while holding true to customs unique to African American and African cultures-- customs like celebrating life with music, stories, and energy as it comes to an end.

David Smith says, “Down to when an individual was born in the mother country, we had a town crier who would come out beating the drums letting people know that there has been a birth in this community. And it’s the same when we have a death. Having a celebration…”

Things have looked different during the pandemic. Karen Smith tells our reporter, “These families have had to deal with the mental anguish of separation-- being separated even before the death. Then, after the death, they have had to face challenges. At one point we got down to ten-- only ten people could attend the service.”

The pandemic is shining a light on health, legal, social, and economic disparities-- issues that consequently have long prevented a number of black families from being prepared to financially survive the death of a family member. Karen Smith says, “There have been inequities long before COVID… We can go back to when our people were not permitted to purchase insurance. And if they were permitted to purchase insurance, it was insurance that they probably paid more on than the value of the policy.”

This is one issue the Smiths say still persists today. They walk our reporter through the halls of the funeral home, decorated with over a century’s worth of history. The couple encourages the next generation to learn and celebrate their history.

David Smith says, “I tell all of our young people, read your history--"

Karen Smith adds, “For yourself…"

David Smith continues, “--For yourself because it’s there in print. And if you read it, you’ll see just how powerful-- and what great history you have with your people.”

RELATED: Black History Month: How did it start, and why February?