Man who mows lawns in all 50 states raises over $10,000 for Texas storm victims 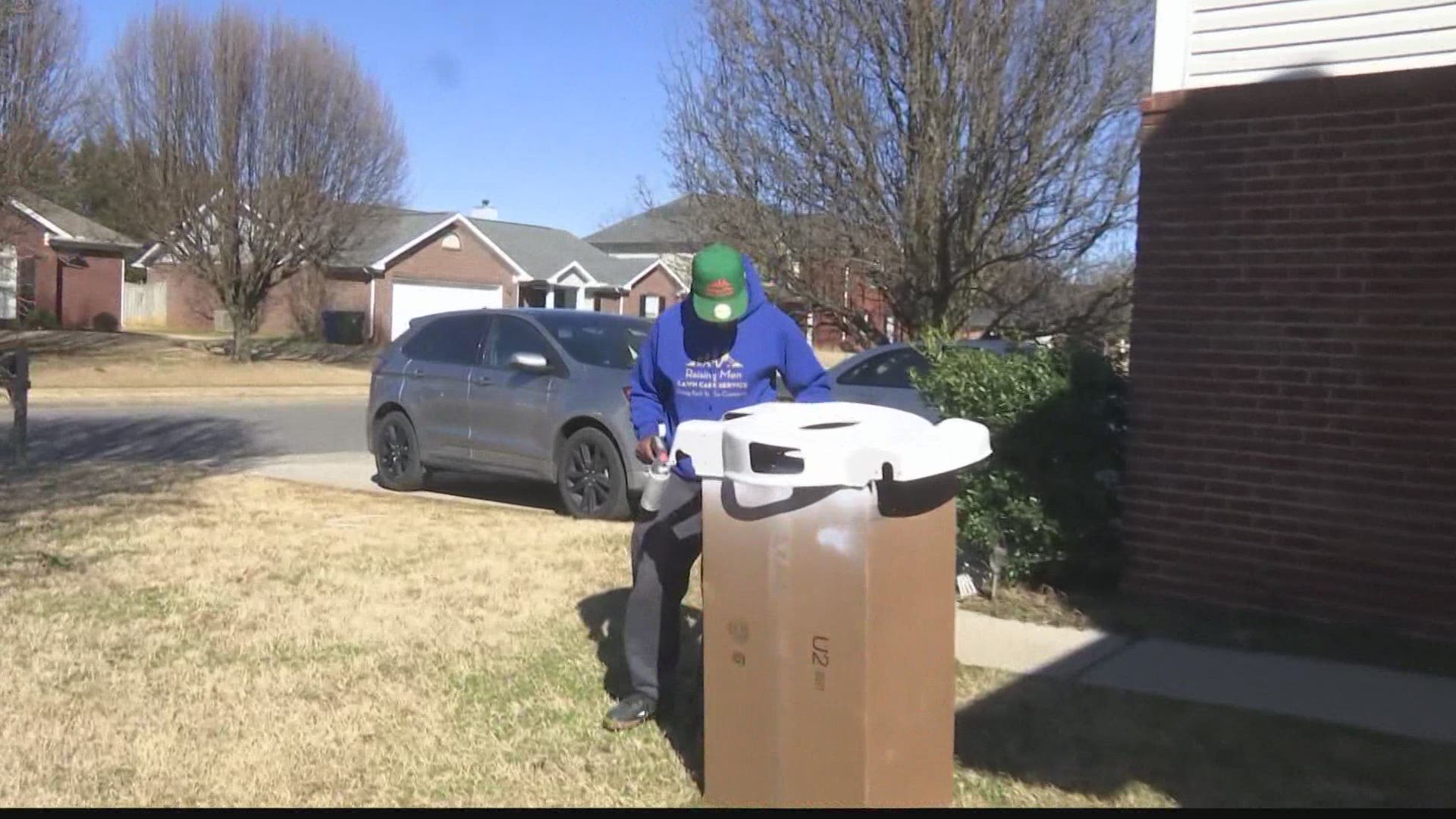 HUNTSVILLE, Ala — After a deadly and historic winter storm swept the country, North Alabama has been able to recover, but millions of families in Texas are still dealing with the impact. One man from the Tennessee Valley is gathering funds to help and he might be a familiar face.

Our team met up with Rodney Smith Jr.

Things have added up very quickly, thanks to the generosity of many. Rodney Smith Jr. will be heading to Texas to help families struggling after the deadly winter storm. He says, “I made a suggestion to the people who support Raising Men and Raising Women Lawn Care Service, ‘How about we do a special grocery shopping treat for the families in Texas. People really loved the idea. In two days we raised over 10,000 dollars that will go towards helping 20 families in Texas this weekend coming.”

Smith is the founder of Raising Men & Women Lawn Care Service, and he’s best known for mowing lawns in all 50 states time and time again. But, he’s been going above and beyond that. Each month, he does a 500 dollar grocery giveaway and gives a “Gift of Hope” of 1,000 dollars to deserving people across the country.

He says, he knew he had to try to help families in Texas. Smith tells our reporter, “On the website I had a form where people could nominate the families in Texas and I’ve been reading a few of the stories and a lot of the people in Texas are really struggling right now so I know this will be a blessing to many.”

Back in October 2020, we learned Rodney Smith Jr. was at risk of being deported after being denied the EB-1 visa.

He got an immigration lawyer, and applied for the EB-2 Special Interest Waiver. Smith says, “Now it’s going through the process so hopefully we hear something soon. It could take up to a year. So, hopefully something happens and it can get sped up a little bit. But, we’re very positive and we believe it’ll work out this time.”

Until then, he’s going to keep helping as many people as he can. Smith tells our reporter, “Before the storm it was COVID. A lot of people were out of jobs. Now, with that storm in Texas, a lot of people don’t have food. They’re saying they really need help with food… I’m also going to try to fill my car up with water bottles because I know water is a need down there as well, so hopefully I can fill my entire car up with water and head down to Texas.”