One of Huntsville’s very own heroes is used to serving others. But, today he got a gift beyond words. All this as he’s still at risk of being deported. 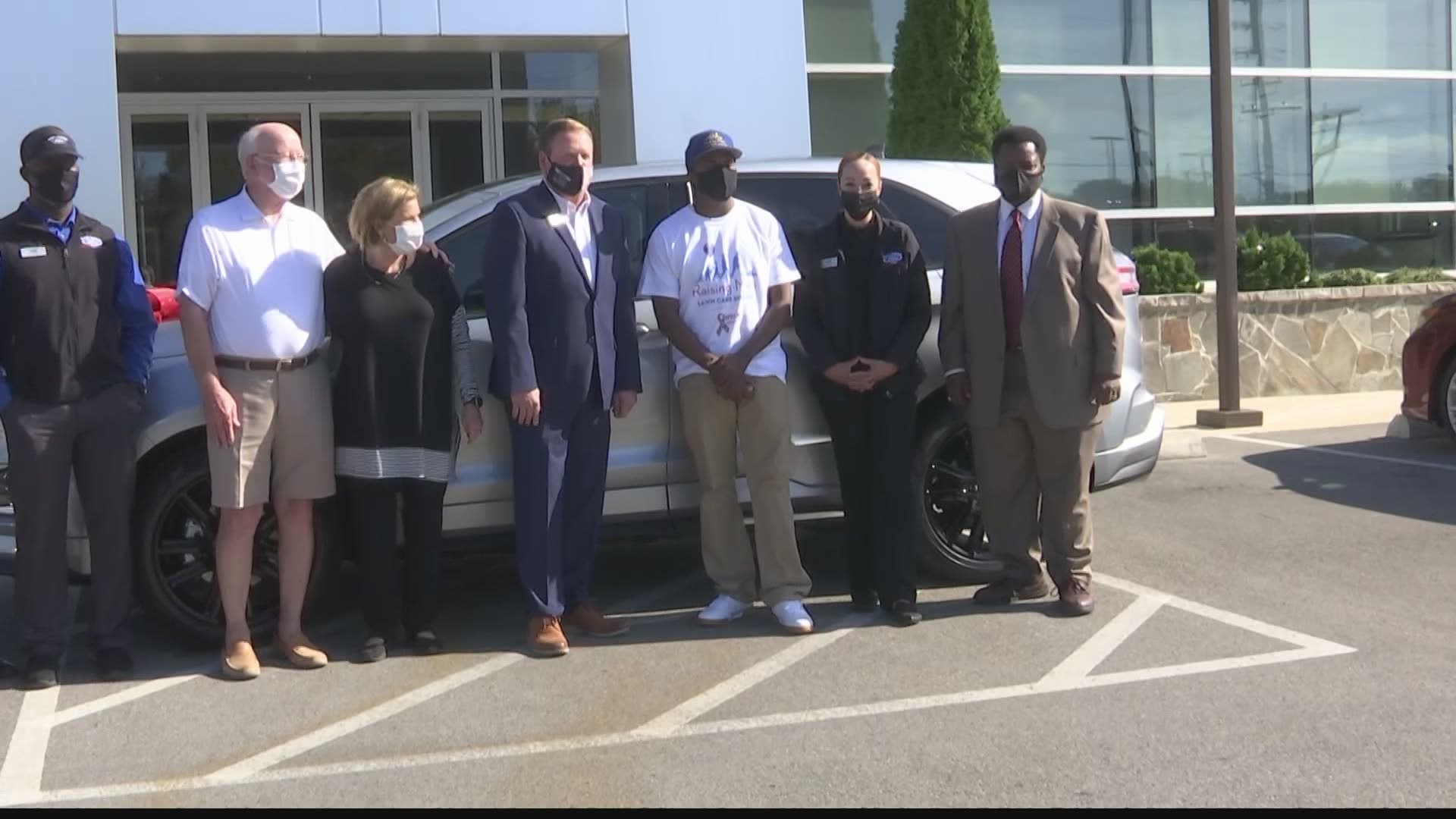 HUNTSVILLE, Ala — One of Huntsville’s very own heroes is used to serving others. But, Friday he got a gift beyond words. All this as he’s still at risk of being deported. Friday afternoon, a local Ford dealership showed Smith just how much he’s appreciated.

WATCH: MAN WHO MOWS LAWNS IN ALL 50 STATES AT RISK OF BEING DEPORTED

After being denied a green card, and entering into a battle for citizenship, Rodney Smith Jr. is seeing a silver lining on the dark cloud.

Rodney Smith Jr. tells our reporter, “It makes me feel like people believe in the mission. It’s a big thing for Ford to give someone a car. So that means they believe in the entire project of Raising Men and Raising Women as well.”

Rodney Smith Jr. has made headlines and graced national stages. He’s made nine tours around the country mowing lawns in all 50 states for people in need. His organization, ‘Raising Men Lawn Care Service’, encourages kids to get out and do the same.

Woody Anderson Ford says they’re well aware of Rodney’s contributions. So, they’re gifting him a 2020 Ford Edge to keep touching lives. The announcement was first made in September. Friday, Rodney received the vehicle. We spoke with Bobby White, the General Manager at Woody Anderson Ford. He says, “We just wanted to get involved with what he was doing because it’s just such great work. It’s not just only for one group.”

But, all Smith's hard work is now at risk. Rodney announced his application for an E-1 Visa was denied in October. Since then, people across the country-- and right here at home-- have stepped in to help. Smith says, “It’s been overwhelming. It’s been so much support from everyone. All the congressmen, senators, local officials and just people that support the organization. I’m just grateful for everyone’s support. We’ve got about 500 plus letters and letters are still coming in. There’s a petition going around with about 30,000 signatures. We’re going to submit that as evidence as well.”

Smith says reading the letters he’s received in support of his visa application brought a wave of emotion. He adds, “It just touched me. I was crying a little bit because I didn’t know people felt that way about the organization and myself-- the importance of it all.”

And while he waits, Rodney says, the work doesn’t stop.

RELATED: Huntsville man is 1 of 30 selected to appear on millions of new potato chip bags

RELATED: Wrapping hundreds of gifts for the homeless

RELATED: Man brings Christmas to homeless in all 50 states