One veteran at the Huntsville home Smith mowed Wednesday afternoon tells our reporter, "... my hat’s off to him. I should be saluting him instead of him saluting me. 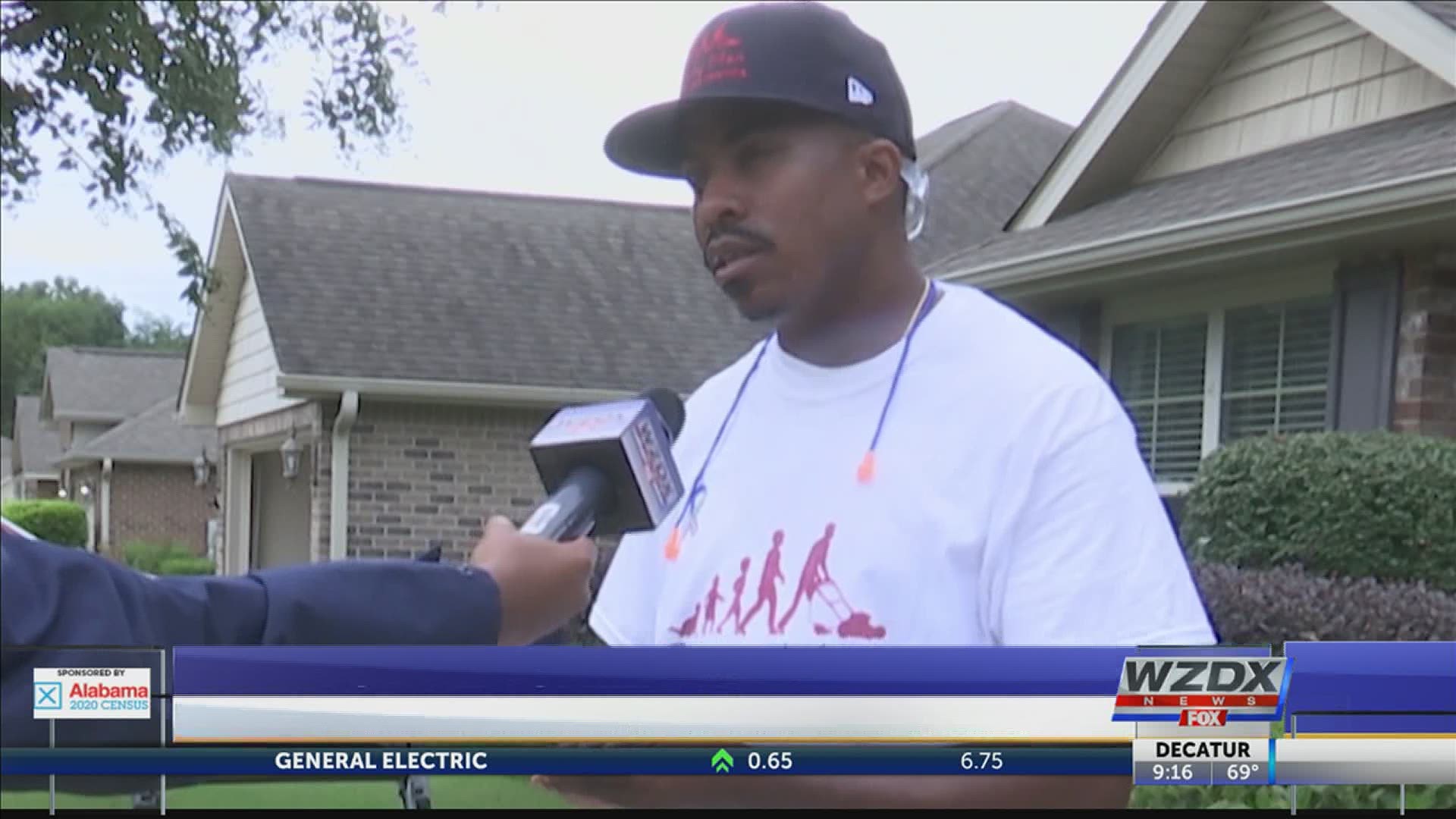 HUNTSVILLE, Ala. — One Huntsville man is known for his trips to all 50 states, mowing lawns for people in need. The pandemic slowed his traveling down quite a bit this year. But, now he’s back at it, and this time he’s helping veterans.

Our Sydney Stallworth met with him today as he mowed his first lawn of many in Huntsville.

Rodney Smith Jr. is known as the man behind the mower and founder of Raising Men Lawn Care Service. But, you might recognize him as the friendly face who mows lawns in all 50 states for people in need. Now, he’s doing it all over again-- for the 9th time.

We met with Rodney Smith Jr. as he unloaded his gear to mow his first lawn on the tour. He tells our reporter, “This one is for veterans, Purple Heart recipients, Gold Star families, POW’s and families of those who are MIA. I’m going to all 50 states mowing for those groups.”

Before he cranks up the mower, Smith always spends a bit of time with those he’s helping and conducts an interview of his own to share their stories. Smith tells us, “We want to show people the heroes who served this country. You want to put a face to the voice-- a picture. I think it’s important. These videos will live on forever.”

Thomas tells our reporter, “Well, I am disabled and after years of service, for someone to even consider us-- to do something like this-- it’s an honor.”

He says he served for a total of 25 years in the United States Navy, and United States Marine Corps. He comes from a Military family. All of his brothers served and his father was a Buffalo Soldier.

Thomas tells our reporter, “I have a picture of him and I can bring it out to just give you an idea of what he was like. You can just see the type of service that I think is oftentimes forgotten, when it comes to what they did. So, we are actually standing on their shoulders and the things they were able to do for us. And as we continue to move forward, hopefully we continue to make it better for those who come after us.”

Thomas’s friend, neighbor and 20 year U.S Army veteran stopped by to meet Rodney. Artis Jones tells our reporter, “I got drafted in ‘66. As you know we all went to Vietnam. I served in Vietnam from ‘67 to ‘69."

Jones says Rodney’s face is a familiar one. He jokingly says, “Well, to me he’s a celebrity!”

On a more serious note, Jones tells our reporter, “Being a Vietnam Vet, I just felt for a long time we were looked down upon. We were ridiculed. But, now that we’re getting the recognition that we have-- and to see a person come out on his own time and his own finances and his own finances and do the things he’s doing… my hat’s off to him. I should be saluting him instead of him saluting me.”