Council states that they will provide help to remove and possibly relocate statue from Courthouse Square. 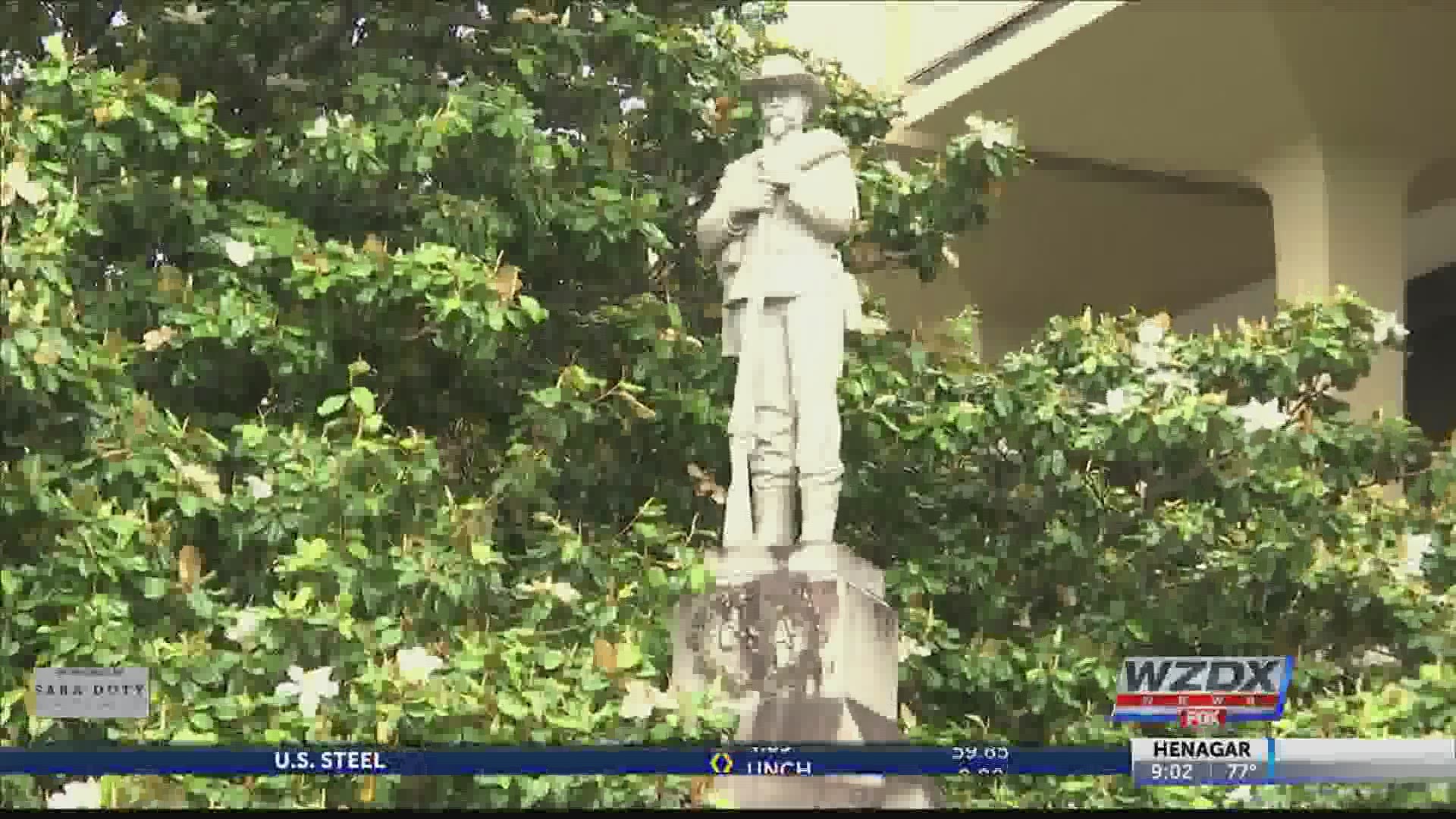 HUNTSVILLE, Ala — Huntsville City Council president Devyn Keith introduced a resolution on Thursday to support the Madison County Commission in their removal of the Confederate monument in Courthouse Square.

"We will find location and at that point must have care of that as well," says Huntsville City Council President, Devyn Keith (Dist. 1).

The memorial is technically on county property, however the actual action to remove it rests in the county commission's hands.

Some suggestions were made for possible relocation.

Keith had strong words about the need to move the statue from courthouse grounds. "If we are to be progressive in this city, we couldn't sit down in my opinion and be quiet."

Protesters outside the city council meeting told us where they stand.

"I personally feel like we shouldn't have a Confederate statue at the courthouse," says one protester.

Huntsville Mayor Tommy Battle expressed concerns about overstepping boundaries to have the statue removed. "Working intensively on how to do this legally," says Battle.

But, Keith made it clear. This issue cannot wait. He says, "It takes the cost to do something right."

Keith made clear that the decision and power to remove the monument does not lie with the city. The property on which it sits belongs to the county, and any action on the monument must come from the county.

However, the resolution states that the city will support the county in their action.

The question of how that can be accomplished legally was not answered, nor was a timeline given. Keith spoke about how things that may be right to do may not always be legal, invoking the memory of an arrest for sitting on a seat on a bus when it was illegal to do so.

RELATED: What does Alabama law say about monument removal (and why is Birmingham being fined)?