On December 1st, 1955, Rosa Parks was arrested after she refused to give up her seat to a White man on a segregated bus in Montgomery. 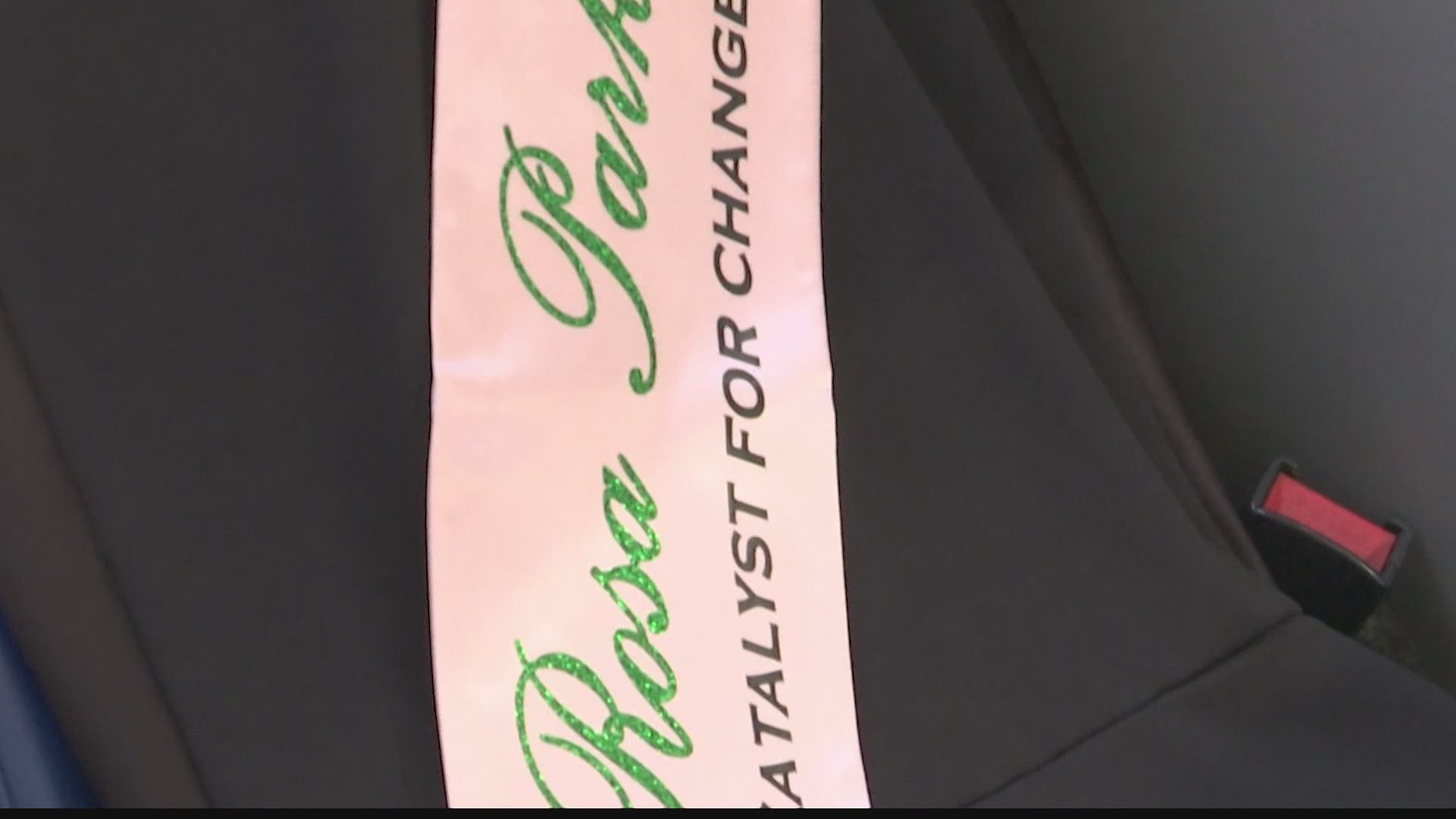 HUNTSVILLE, Ala. — Sixty-five years ago today, Rosa Parks sparked a movement after refusing to give up her seat to a White man on a segregated bus in Montgomery.

"Today I stand here because of a woman who chose to sit so that I can stand," says Representative Laura Hall, State House (AL) - District 19.

To honor Parks, the city, volunteers, and the Parking & Public Transit Station draped her name across one seat on every city bus in Huntsville.

"If courage were personified we know that it would be Rosa Parks. We know it's what she did," says Madison County Commissioner - District 6, Violet Edwards.

Hall, who is also the founder and leader of the committee, says honoring Parks is especially meaningful as the U.S. marks the 100th anniversary of women's rights to vote. It took 45 more years for Black women to have the right to vote.

"I'm extremely pleased that African American women did not seem to take this lightly the issue of voting; and it is because of women like Rosa Parks that laid the groundwork'," says Hall.

Parks was also a member of Alpha Kappa Alpha Sorority, Incorporated. It's an organization Vice President-Elect Kamala Harris is a member of.

"That dream of wanting to be at that top, they can be there. Because women like Rosa Parks and Kamala Harris have been able to break those glasses and open the doors for others," says Alpha Kappa Alpha Sorority, Inc. - Epsilon Gamma Omega Chapter President, Cheryl R. Davis.

"Regardless of belief system or political party that all of us stand up for whatever convictions we have, and we believe that Mrs. Parks embodied that," says Rosa Parks Day Committee Member, David Person.

This is the second year leaders honored Rosa Parks in Huntsville on December 1st. 'The Rosa Parks Day Committee' will continue to honor Parks all week. On Sunday, there will be a 'Rosa Parks Day Commemoration Service' on their Facebook page that will be livestreamed at 4 p.m.