The Smithsonian needs your help! Three of its museums are beginning the process of collecting objects left in Lafayette Square and Black Lives Matter Plaza. 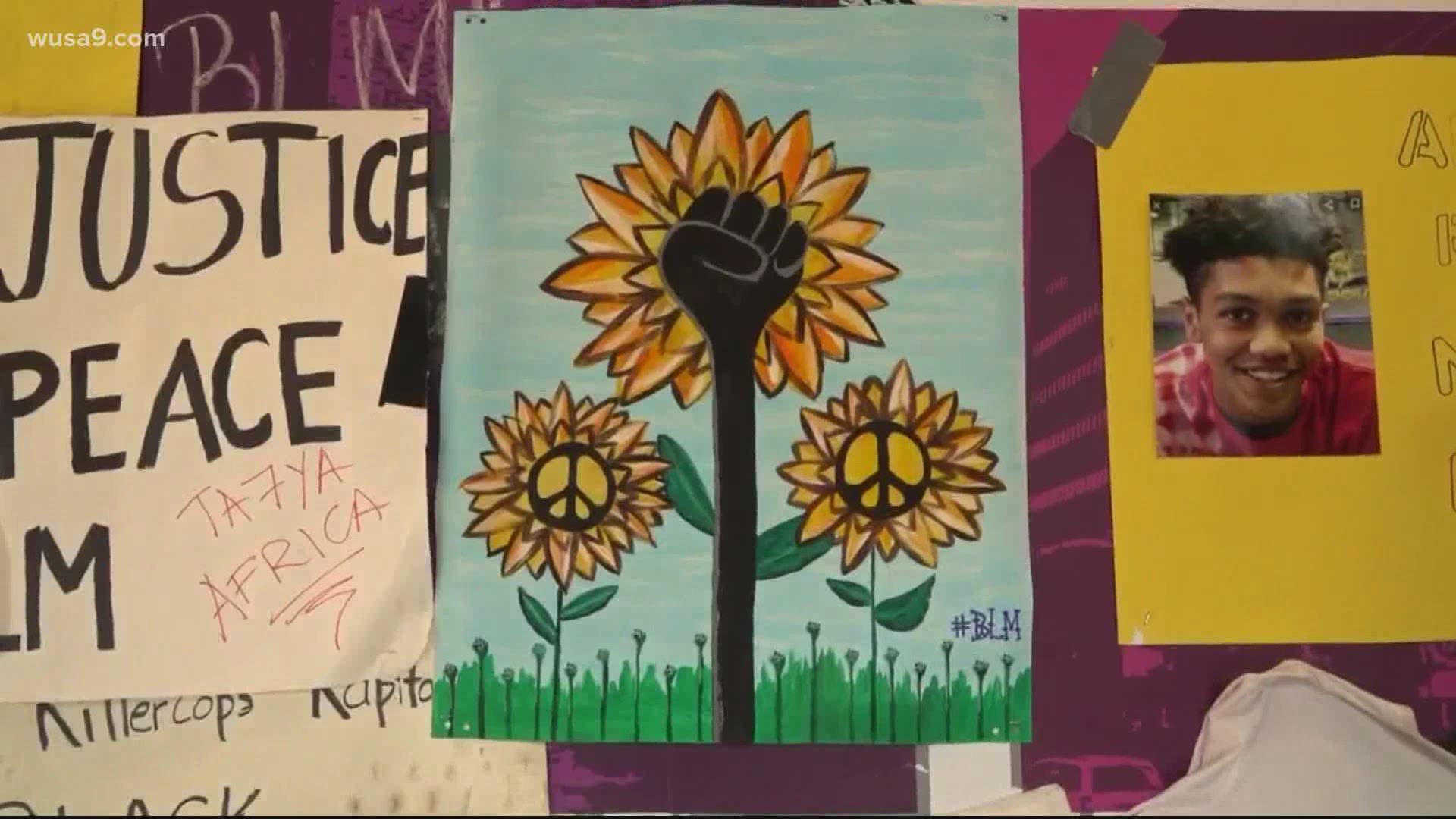 WASHINGTON — If you brought a Black Lives Matter protest sign to Lafayette Square, took a photograph that captures an indelible image, or have an item that perhaps encapsulates this moment in history, the Smithsonian wants to hear from you.

Essentially, your item could be an artifact, one displayed for generations to come.

The Smithsonian announced Thursday that three of its museums are beginning the process of collecting objects left in Lafayette Square and Black Lives Matter Plaza.

But the process of accepting items into the Smithsonian’s permanent collection is lengthy. And so far, curators haven’t officially obtained any objects from the D.C. protests against police brutality and the killing of George Floyd.

No items have been collected, the institution said, because the Smithsonian must first secure the permission of the object’s owner. Then, an extensive research process begins. 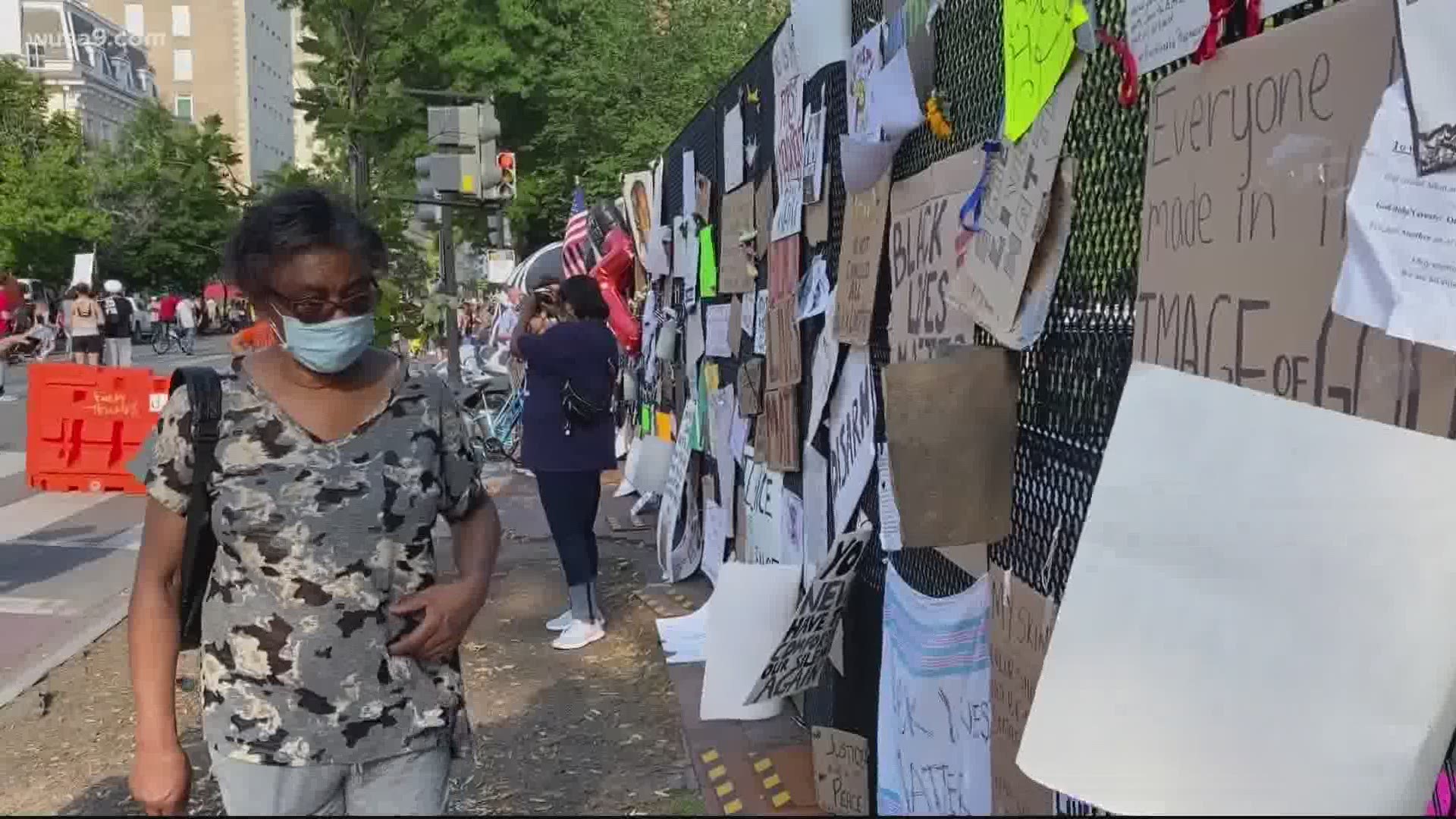 RELATED: 'We finally got a wall' | Protesters use White House fence for healing

“Until the actual owner signs off on a deed of gift, it's not officially part of the collection,” Smithsonian curator Aaron Bryant said. “So, we're sort of a long way from an idea of what items will ultimately be part of this historical collection.”

Individuals who made protest signs, brought candles, or created paintings conveying the toll of police brutality, must explicitly give the institution permission to acquire their items.

The Smithsonian then researches the object, and a collections committee votes on whether to accept the item into the museum.

Members of the public can identify an item from the protests they’d like to give by visiting the donation page of the National Museum of African American History and Culture.

“It's really about trying to preserve not just history, but memory lived experiences and humanity,” Bryant said. “And so, I think that's really important and that's a role we can all play.”

RELATED: Fence around White House is coming down, protesters say the fight isn't over

With the 8-foot high fence surrounding the White House now dismantled, and items affixed to the barrier removed, Bryant said the Smithsonian is making connections with activists who saved many of the objects.

“We've been going down, talking to people who have been at the site, and trying to get more information about some of the folks who might have left those objects on the fence,” Bryant said.

“So, it's really about cultivating relationships at this point. And, and then identifying some of the objects that might still be there, that we hope will tell a really compelling story.”

RELATED: 'This is for her' | Toddler calming presence for mother at George Floyd protests