'This movement, it's powerful': Photos show protests through the lens of a black woman

A Portland photographer has captured images of Black Lives Matter protests every day since May 29. 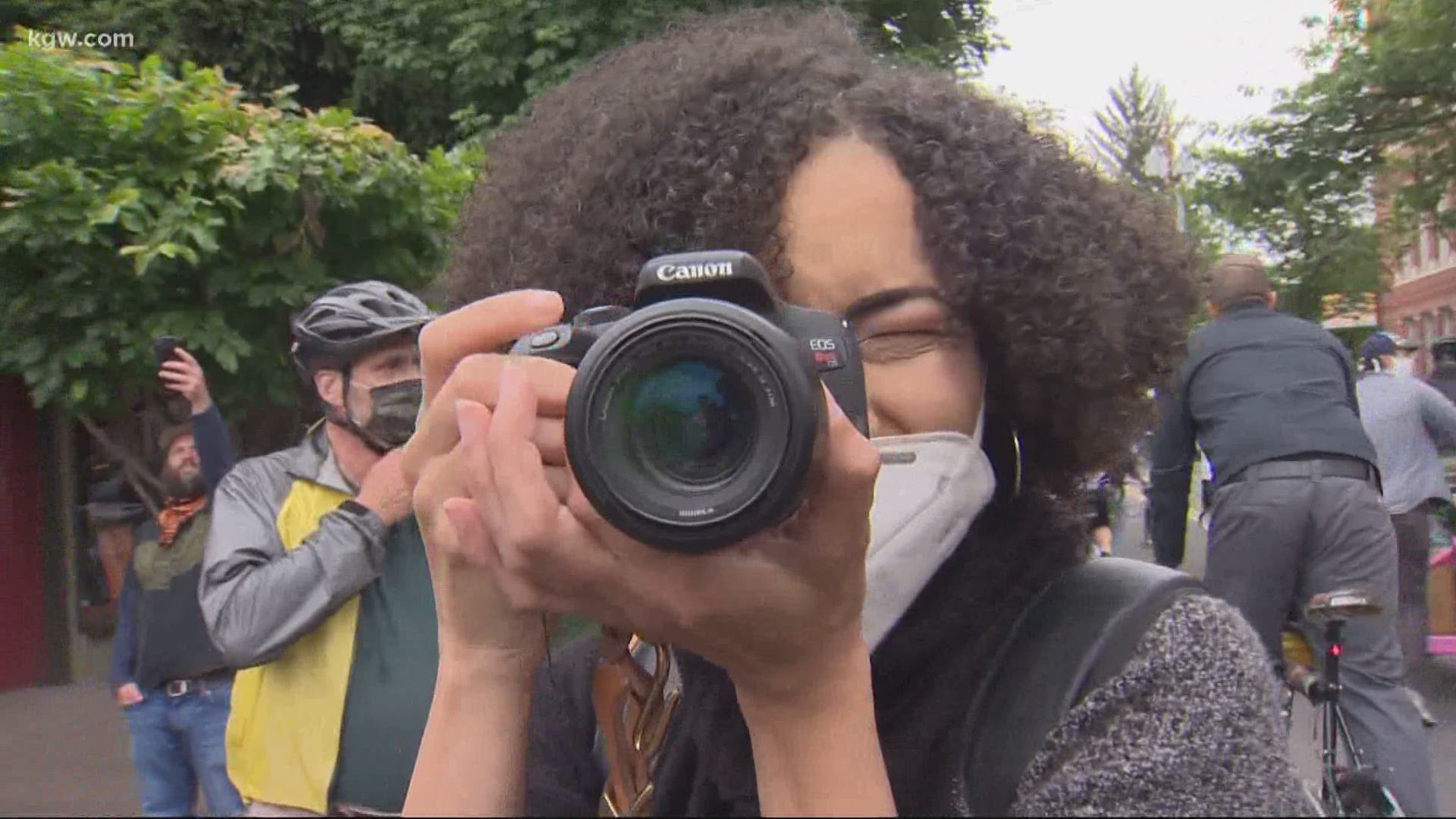 PORTLAND, Ore. — They say a picture is worth a thousand words. Portland photographer Mariah Harris begs to differ.

“Honestly right now, pictures are worth a million words,” said Harris, who's photographed Black Lives Matter protests in Portland every day, since May 29.

“I capture the strength in the pain and the love and everything that they're feeling,” said Harris. “A lot of history has never been told through our eye or our lens and to be able to capture that as a black woman and show my people, I feel honored to do so.”

For Harris, photography has long been an artistic outlet that blossomed into a side job. She started Moments by Mariah, and typically photographs family life milestones. She never imagined capturing a historical one.

“This movement, it's powerful,” said Harris.

Harris posts her photos on her Instagram page and loves when people find meaning in them. One photo she posted shows a crowd holding up cell phone lights.

She says they were singing happy birthday to Breonna Taylor, a black woman killed by Louisville police officers in March. Harris spoke with one of the women she captured in the photo.

“She said she had never felt so much pain and love in the same moment,” said Harris. “I saw the tears in her eyes… I cry every time I see the image. It just spoke to my heart."

Harris hopes those unable to attend a Black Lives Matter protest will still find inspiration through her photos.

"If you have to stay at home and see photos and it makes you want to learn, then great."