The statue is owned by the United Daughters of the Confederacy. 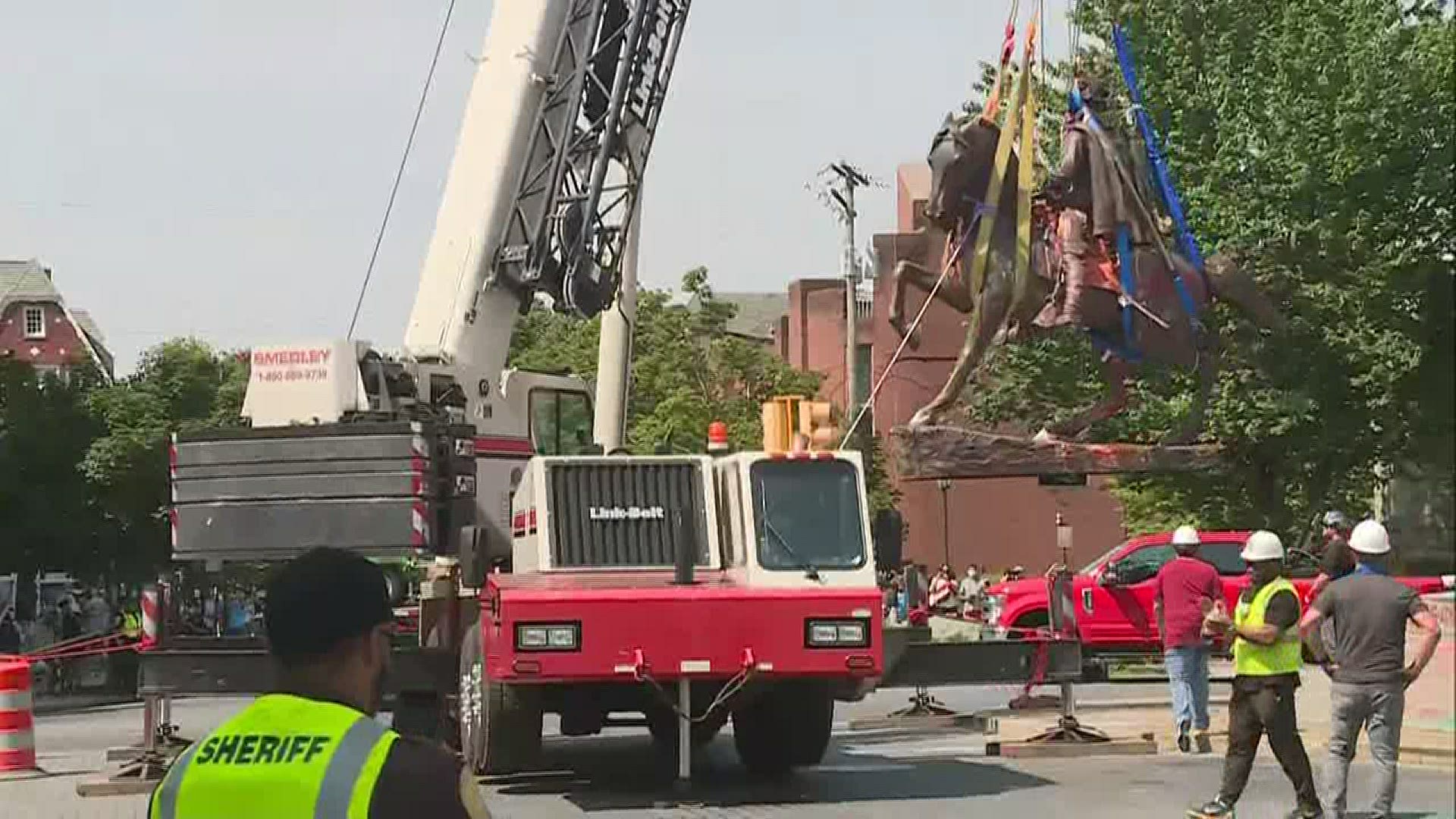 LOUDOUN COUNTY, Va. — A Confederate statue outside the Loudoun County courthouse has been removed.

The Loudoun County Board of Supervisors unanimously voted earlier this month to remove a Confederate monument outside the Leesburg courthouse. The monument, known as the "Silent Sentinel," was unveiled in 1908 and was the county's oldest monument.

According to the Loudoun County Heritage Commission, the "Silent Sentinel" is a bronze statue, created by Richmond-based sculptor Frederick William Sievers, of a young Confederate soldier with a musket.

The statue is owned by the United Daughters of the Confederacy. The Loudoun chapter of the UDC worked with the county and paid a contractor to have it removed.

Despite a 9-0 vote on the motion to return the statue to the UDC, one board member expressed opposition. Supervisor Caleb A. Kershner (R– Catoctin District) said his colleagues' beliefs that the statue is a sign of oppression "are not supported by a single historical record."

"Clearly, the Silent Sentinel statue is a memorial to a group of Loudoun residents, who lived right here in our County and died in our American Civil War," Kershner said in a statement. "They were on the wrong side of a very critical issue in history, but they were still Americans ... Our goal should be to make a place for all of our history, where no one’s story has been blotted out—not jockeying for political points by ripping down part of our past."

In response, Leesburg District Supervisor Kristen Umstattd  said, "This statue is like a knife to the heart of so many of our African American residents, and it is there every day. We have to be able to put ourselves in the shoes of other people."

RELATED: DC Mayor on statues: 'We need to have a reasonable conversation... not have a mob decide that they want to pull it down'

Credit: WUSA9
The "Silent Sentinel" is a bronze statue, created by Richmond-based sculptor Frederick William Sievers, of a young Confederate soldier with a musket.

Prior to July 1, a Virginia law prohibited localities from removing or relocating "any monument or memorial for the veterans of any war or conflict." But HB 1537 and SB 183 amended that section of the Code of Virginia to allow localities to make changes to war memorials without express permission from the commonwealth.

In 2017, the board discussed seeking control from the state to remove the statue, after a vandalism incident, but ultimately decided against asking Virginia for control. The county’s Heritage Commission presented a report on the "full historical significance" of the courthouse's grounds and statues at a June, 2019 board meeting, and subsequently published the report on the county's website.

Four other war memorials sit on the courthouse grounds, honoring soldiers from World War I, World War II/Korean War, the Revolutionary War and the Vietnam War.

RELATED: Boston removed its identical Emancipation Memorial. Could the one in DC be next?