The civil rights leader and organizer, MLK's daughter, spoke to 11Alive Anchor Aisha Howard after the verdict came in on Tuesday. 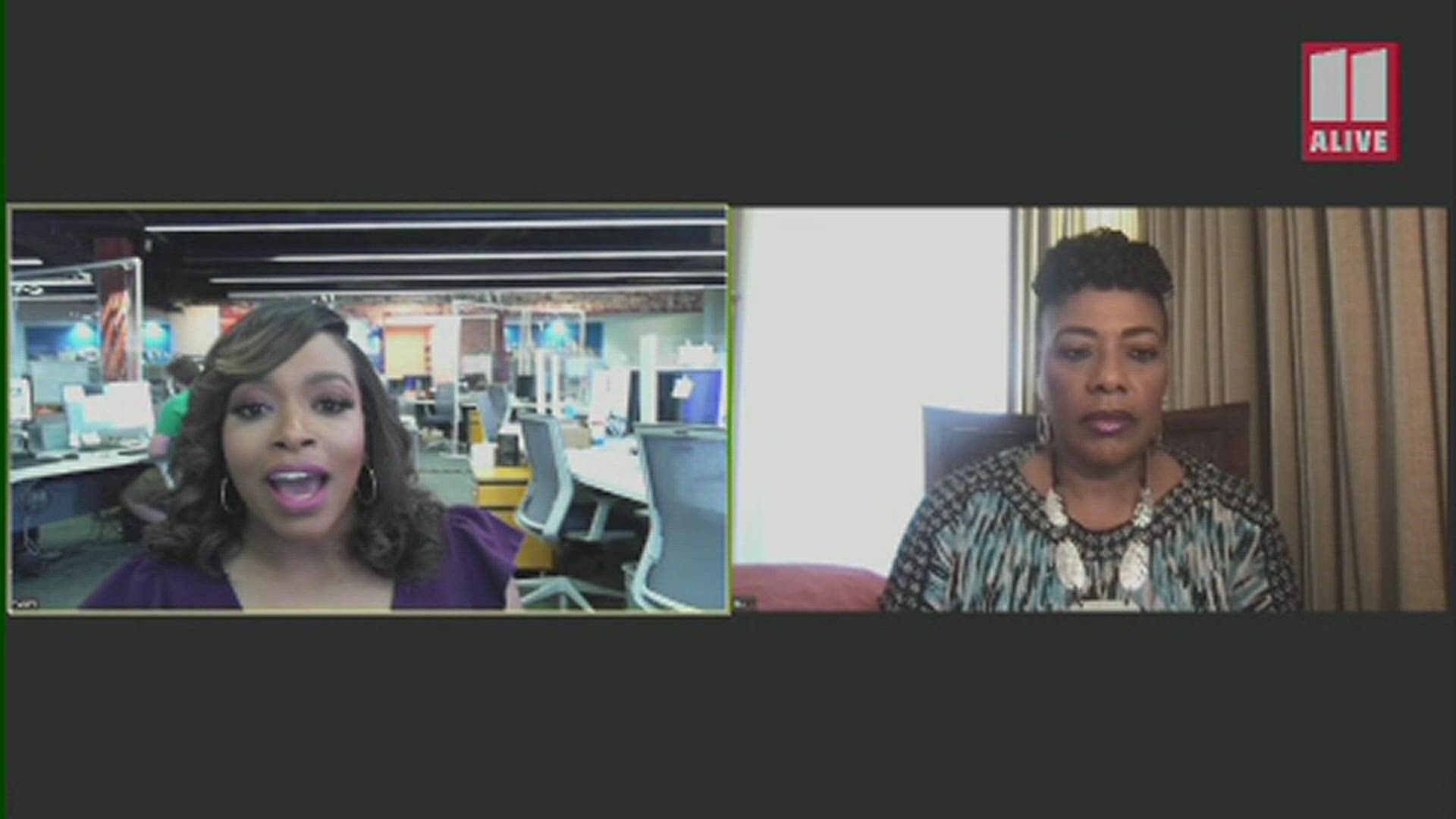 King, the CEO of the King Center, said that while there can never be true justice for George Floyd and his family - because no conviction or prison sentence of Chauvin can bring Floyd back - this is a "single act of accountability" that amounts to a "measure toward justice."

King spoke to 11Alive anchor Aisha Howard following the verdict on Tuesday evening, and shared her optimistic view that "this is a glimpse of what holding law enforcement accountable looks like" and "this has shown us that we can have systems of accountability in our criminal justice system."

"I just feel that God understood that we needed this, we couldn't bear any more," she said.

Below, you can read some of what she shared with Aisha, and you can view their entire conversation in the video player above this.

On a sense of relief

"I feel temporarily relieved. I say relieved because I was very concerned and burdened that if this verdict had not returned guilty, I think it would have been worse than we saw last year in the streets across the United States of America. Plus the burden that so many people have been carrying, for years, decades... centuries, with the Black community of not being treated with dignity and not being treated fairly and justly. And so I actually just cried when I heard the verdict. I'm sad that our nation is at a place where these kinds of things are happening... but this is a turning point I believe."

On the continuing fight for justice

"As everybody said, it's a measure toward justice, and I just feel that God understood that we needed this, we couldn't bear anymore. So that's where my relief comes from. It's temporary because we have a lot of work to do to dismantle systemic racism, institutional racism, because if we don't deal with the systems and structures that continue to oppress and continue to create unjust outcomes, then this is gonna continue to happen over and over again.

"So we have to remain vigilant, as my mother said - 'Struggle is a never-ending process, freedom is never really won, you earn it and win it in every generation.' So we can't let up, but we can at least have a sigh of relief that this is a glimpse of what holding law enforcement accountable looks like. This can happen. It's almost been taboo to think about that this was even possible, but this has shown us that we can have systems of accountability in our criminal justice system.

"I just think about what my father said in his 'I Have a Dream' speech: 'We will not be satisfied until justice rolls down like waters and righteousness like a mighty stream.'

"Again, this is a single act of accountability, in a broader system of injustice and systemic racism. And while we thank God that there was a guilty verdict, we cannot be satisfied until we have complete and true justice fairly in America, that the scales of justice are balanced in America - especially for Black and Brown lives and bodies."

On the scope of the legal victory

"(God) knew we couldn't bear any more. Today proved to me that statement that I heard about growing up in church, that I preached about - 'He knows just how much you can bear.' He knew that we couldn't bear any more, there have been people literally sacrificing their daily lives in the struggles for justice and equity, over and over again, in the streets of America, Those of us that are working on a lot of different projects, and the movement for freedom and justice needed a victory.

And I want to say this carefully because I know this was a delicate moment - I'll say it this way: This was a victory for moving in the right direction. Because it looked like we were just going backwards totally, and there was no possibility of us moving towards the direction of seeing things in a fair and just light and having a justice system that finally says, 'No, this person must be held accountable even if they do wear the blue uniform.'

"So thank God, I'm thanking God for that. But again the tragedy is that we are still dealing with these kinds of things in our nation. We can do better, if we just would have the will to do better. But we have a lot of work to do because as I said, racism is in the heart of people and we have to continue to do the work of dismantling systems of racism and, like we do through the work in nonviolence - working on the hearts of people, to be transformed into vessels of true love that will eventually lead to true peace, which is not just the absence of tension, as Daddy said, but the presence of justice."