Several businesses boarded up their windows prior to the rally held in Huntsville Wednesday night, but The Kaffeeklatsch chose not to. 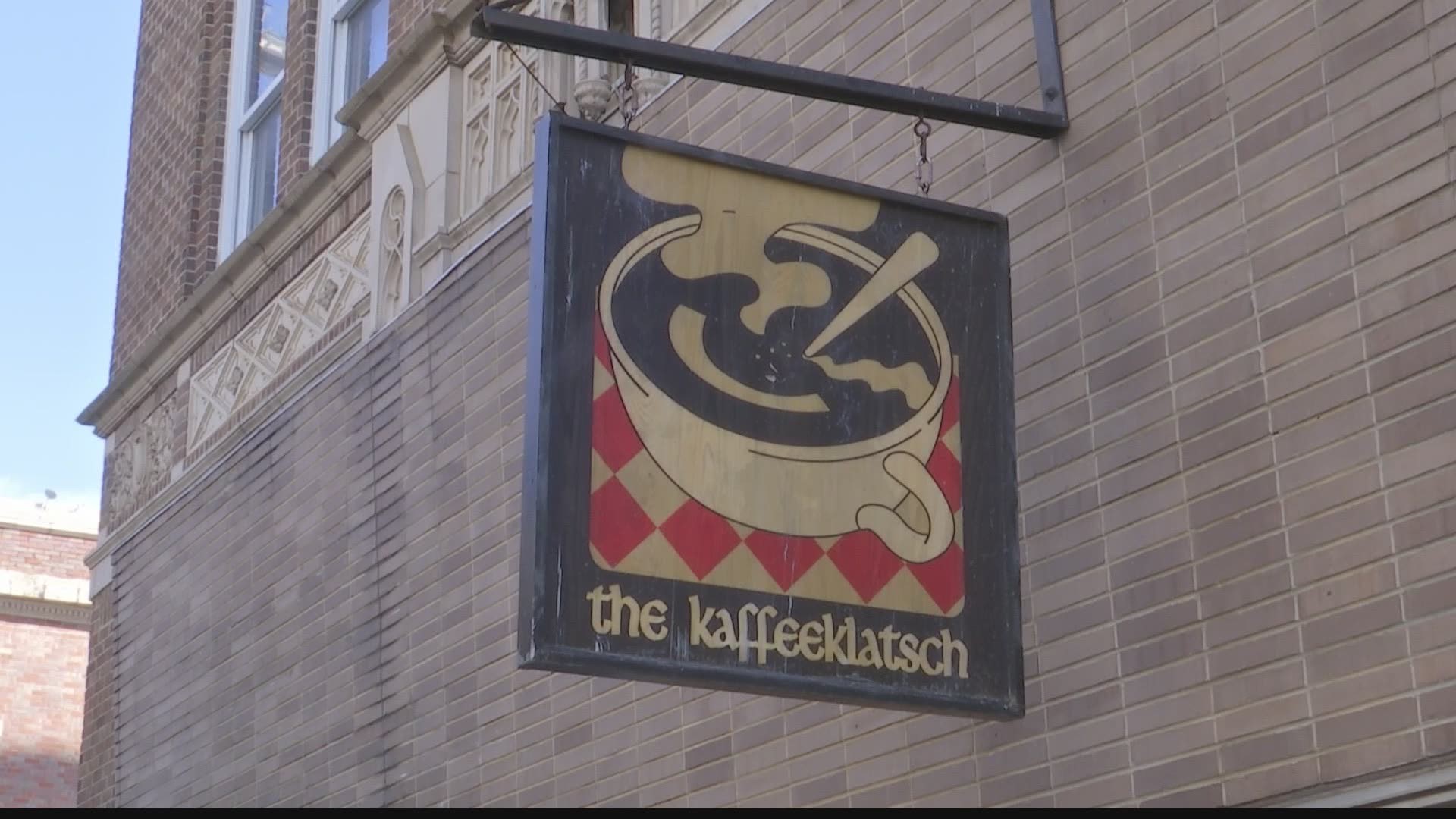 HUNTSVILLE, Ala. — If you drive by The Kaffeeklatsch in Downtown Huntsville, you will see part of the front window is boarded up. That's because it was broken during Wednesday night's rally.

Officials say the peaceful protest took a turn when the permit for the rally expired and some people refused to leave.

Several businesses boarded up their windows prior to the rally, but The Kaffeeklatsch chose not to.

We don't know yet exactly how the damage happened. Police say they are still reviewing video from the night.

After Sarah Myers heard about the damage, she created the fundraiser for the coffee shop.

"We do not care who hurt the window, a police officer, a protester, a random person taking it upon themselves to do it. The Kaffeeklatsch themselves could have done it. We don't care," said Sarah. "We just wanted to show that we did not want to hurt anything in this community."

The Kaffeeklatsch says they only need $800 to repair the window. They say they want the remaining funds to go to a cause supporting voting rights.

"I'm giving them the full amount. I've been keeping up with them, sending them receipts from the fundraiser and everything, and I'm giving them all of it that we raise," said Sarah. "They can do with it however they wish because we raised it for them, and I mean, I think it's pretty amazing that they want to use it for other causes."

RELATED: Huntsville police investigating what they say was criminal activity at Wednesday protests