Protesters say they need to see what happened to be able to trust their police department, but there’s no law saying the police body camera footage has to... 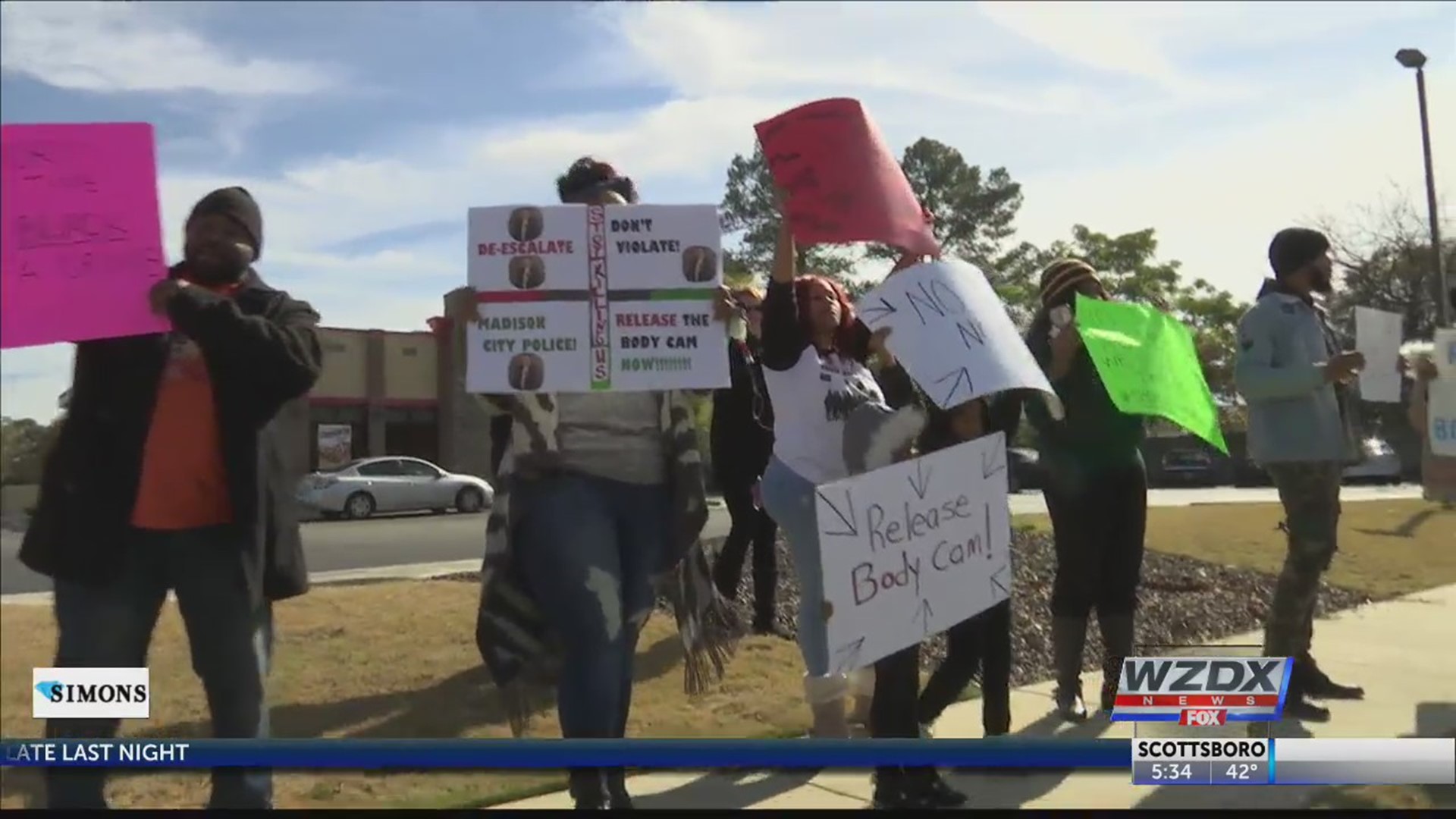 On Friday protesters gathered across from the Madison City Hall to demand police body camera footage be released. This is for the case of Dana Fletcher who was killed by two Madison Police officers outside Planet Fitness almost two weeks ago.

Protesters say they can’t trust their police department and need to see for themselves if Fletcher was holding a gun as in investigators say. But there’s no law saying the police body camera footage has to be released publicly.

“The city of Madison is doing a very poor job in keeping the public at ease by withholding information that should be in the public light,” said protester Darwin Salaam.

The city’s spokesperson wouldn’t comment when asked about releasing the police body camera video. She says the city will release a statement after the district attorney completes their investigation.

Protesters say they’re frustred by the process. For one woman it’s something she’s carried with her for 20 years.

“My brother, Ricky B. Edwards, October the 2nd of 1999, he got killed by a Florence Police officer,” said Lela Edward’s at the protest. “We are still where we was 20 years ago.”

There is no law saying law enforcement has to release body camera footage. State Representative Laura Hall supports changing that.

“It is interesting that you would even have video cams and not have it public because it is bought by taxpayers’ dollars,” Hall said. “I don’t really understand the rationale for why it would not automatically be public, but then I also understand the need for an investigation to occur and gathering all the data prior to giving it to the public.”

Until then, protesters must hope investigators listen to them.

“We’re here to support Dana Fletcher’s family and put pressure on the Madison City, Madison County, and North Alabama officials who are withholding information that doesn’t match the footage posted on Youtube and other social media platforms,” said Salaam.

Protesters believe Fletcher could have been any of them. They say they’ll keep at it until there’s justice for Fletcher and his family.

Now the investigation is with the district attorney’s office. The Madison Sheriff’s Office turned it over to them after finishing their investigation, they announced Thursday. Madison County District Attorney Robert Broussard says what happens with the police body camera video is up to Madison city officials because it’s there’s.

See pictures from the memorial protesters set up outside the Madison Planet Fitness after the protest here: