People in Huntsville held a protest in response to the events that unfolded at Wednesday night's rally. They called for Mayor Battle to apologize. 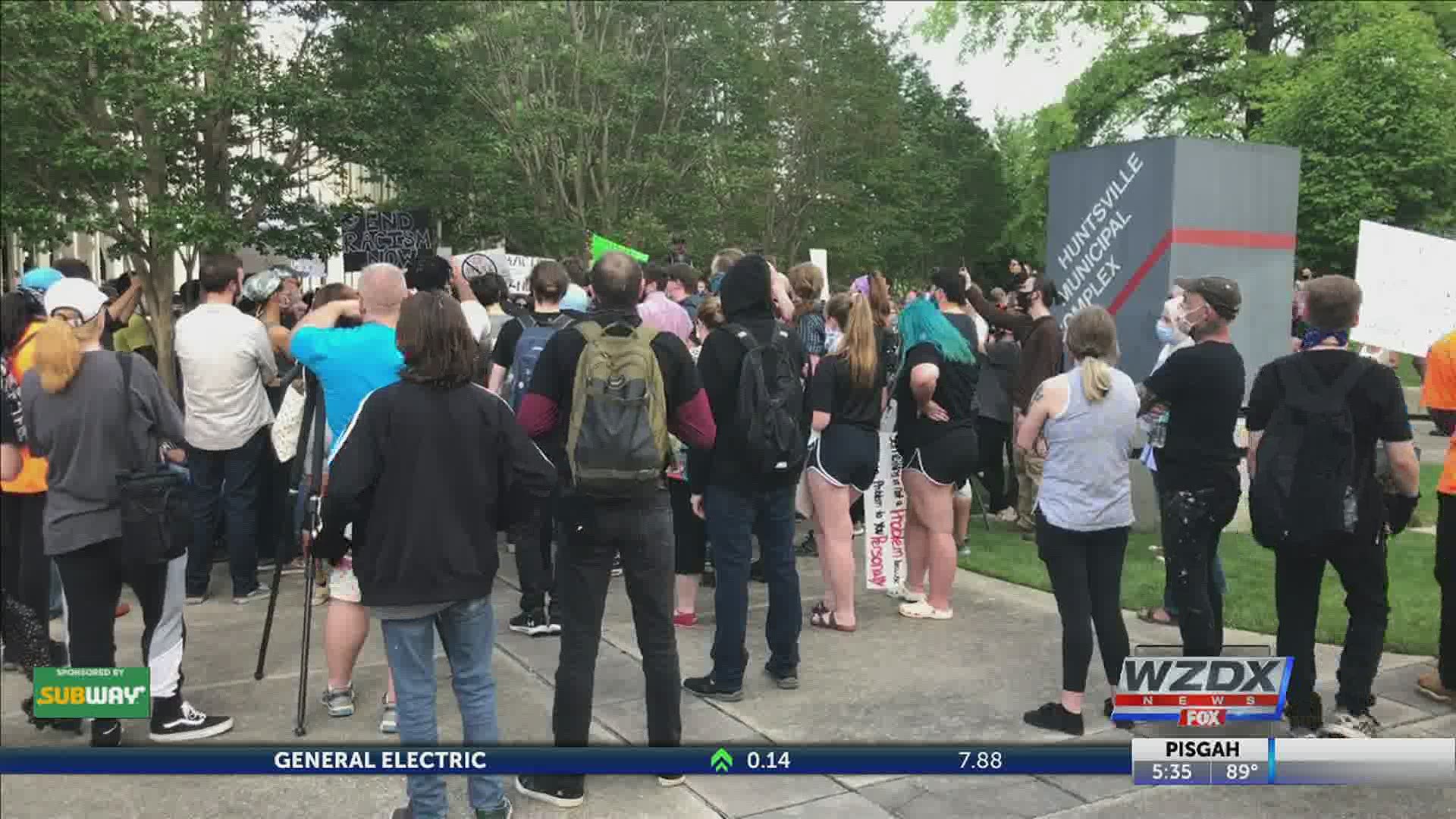 HUNTSVILLE, Ala. — Dozens of people came out to Huntsville City Hall Friday night for a peaceful protest.

The protest was held in response to the events that unfolded at Wednesday night's rally.

On Friday, the protesters had signs that say "Apologize Mayor Battle" and "No gas, No rubber bullets." Councilwoman Frances Akridge was there. She took a knee and prayed with the group. 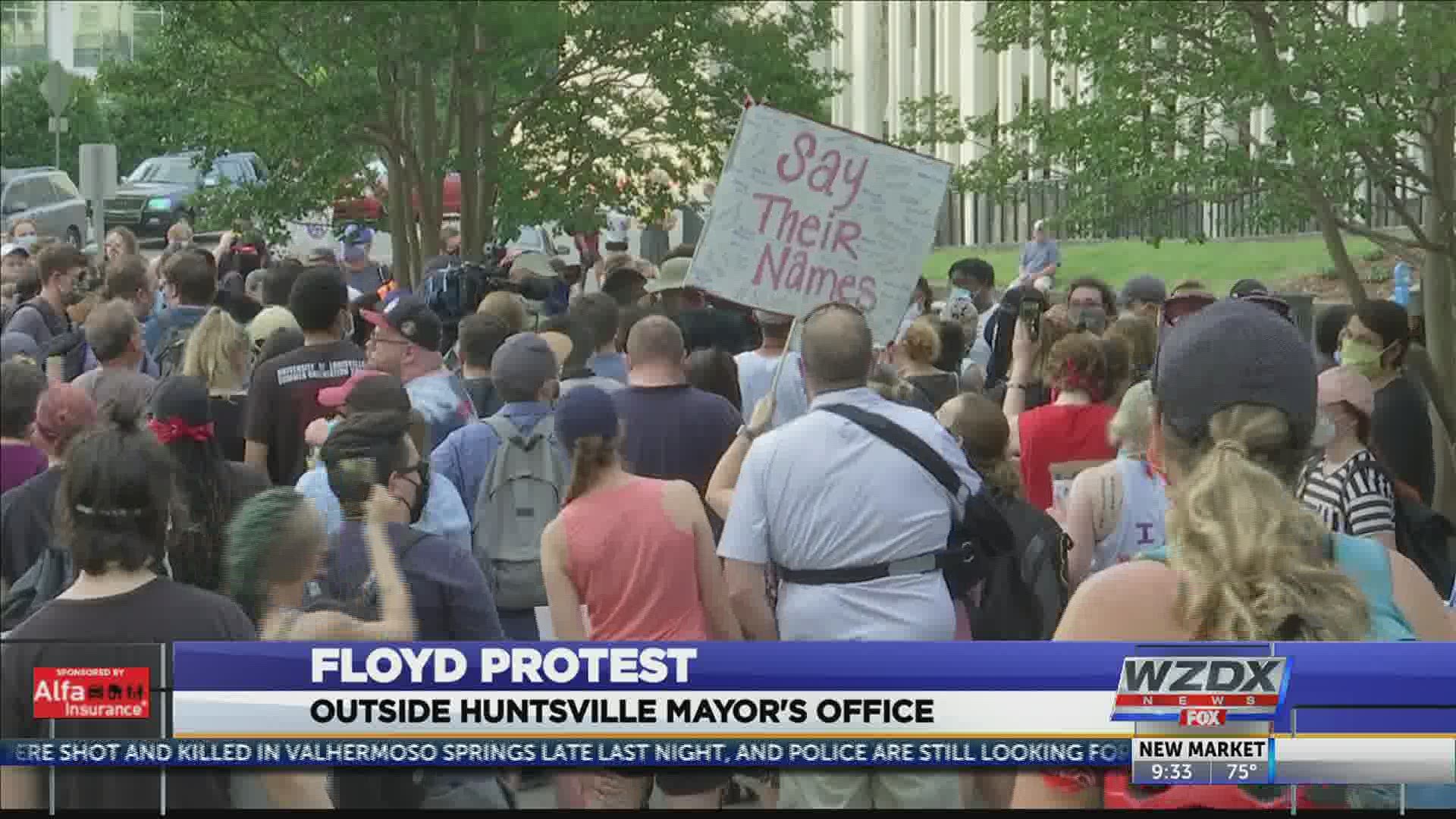 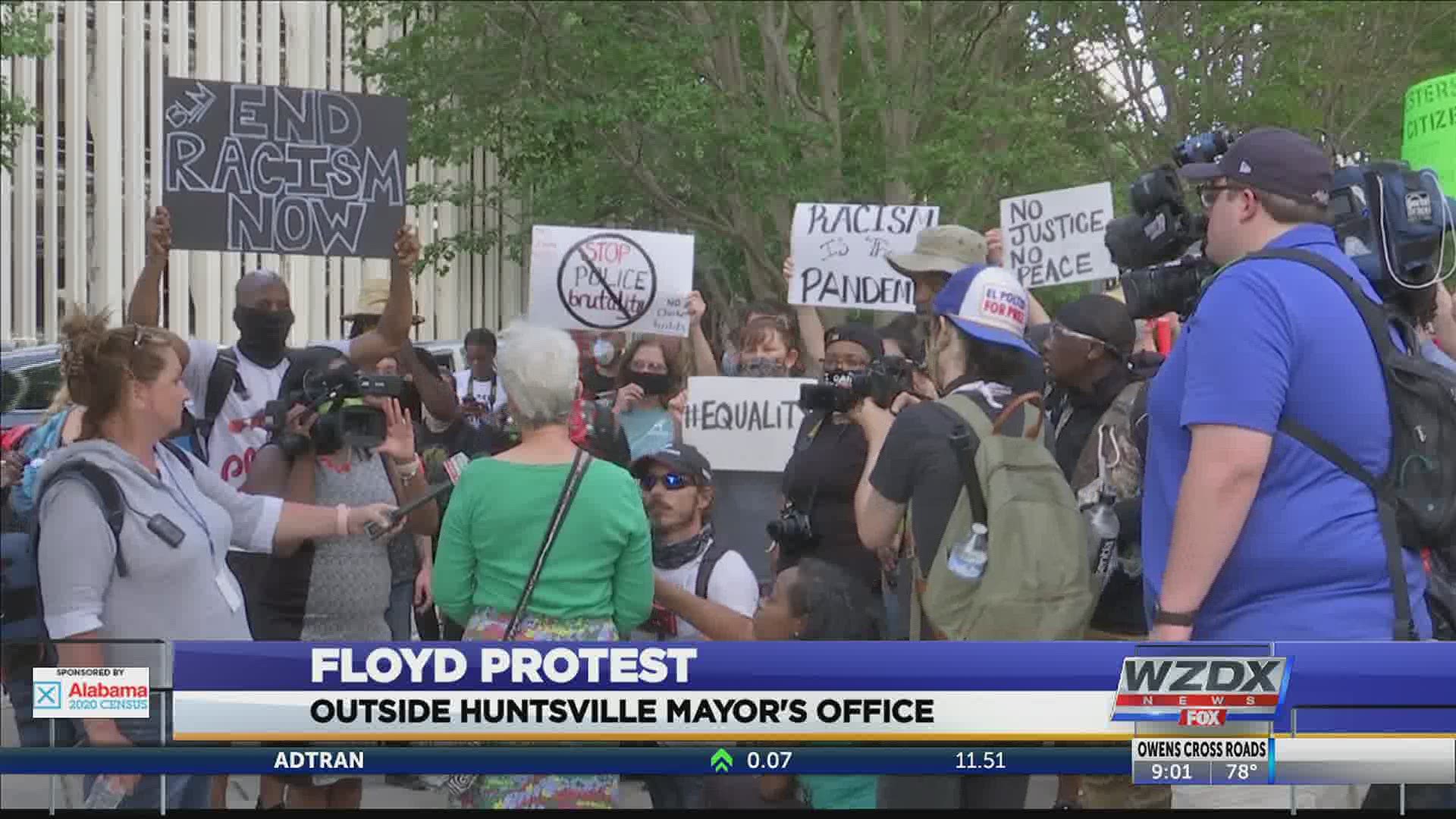 They also want officials to release the body cam footage regarding Dana Fletcher's encounter with the police. Dana Fletcher was shot and killed at the Planet Fitness in Madison.

"It's not asking for a whole lot. A mother should know who shot her son," said Roberts. "The names of the officers have not been released either. None of this is okay. These are very simple demands we're seeking here."

Protesters also want the confederate statue outside of the Madison County Courthouse to be removed.