The planned protest at the Courthouse Square in Downtown Huntsville ended peacefully, but two people were arrested. 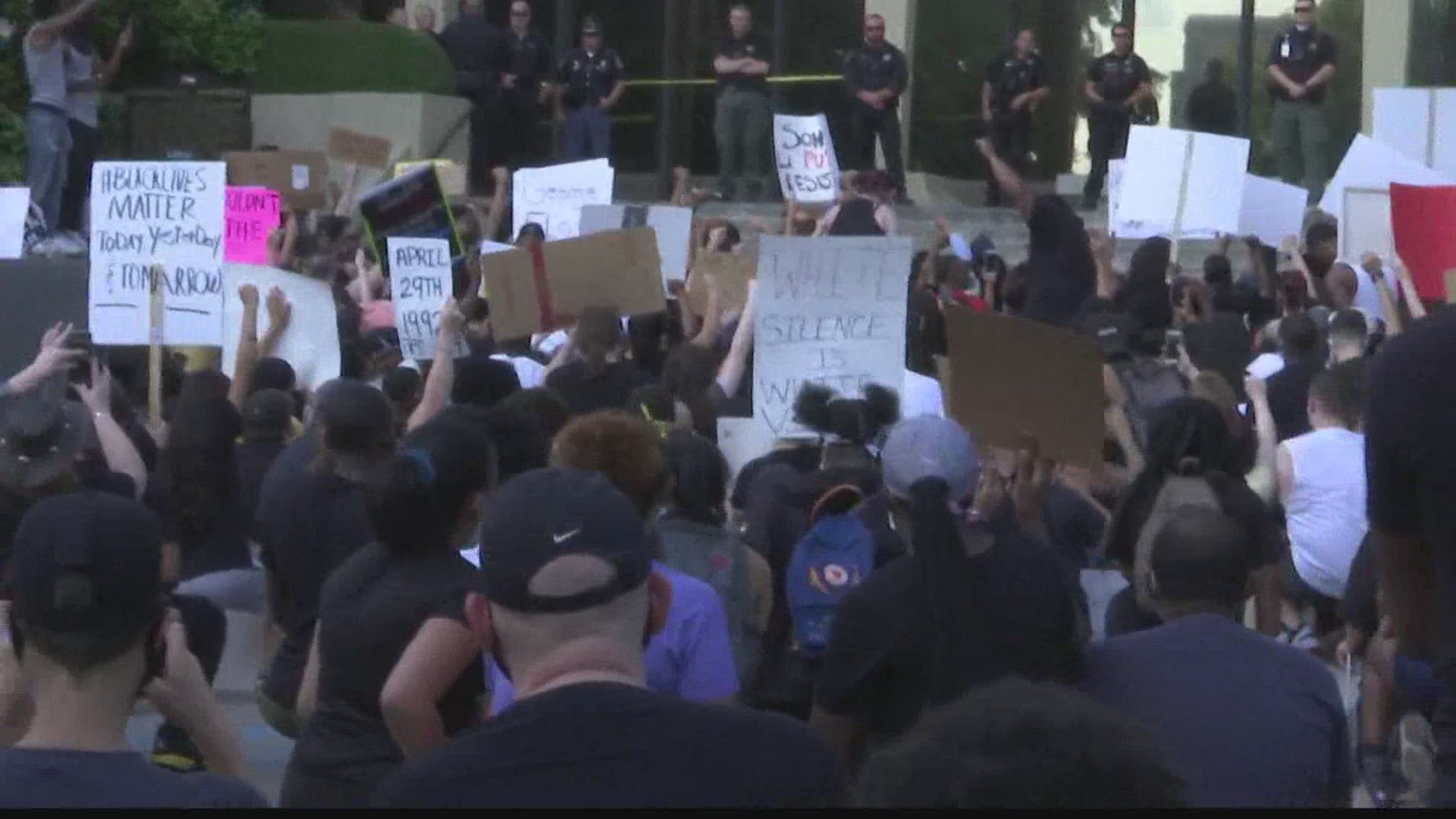 HUNTSVILLE, Ala. — Hundreds of people gathered in Downtown Huntsville to march peacefully all in the name of justice for George Floyd.

"People, we've just been quiet for too long. Not even quiet. Just not taking action. Everyone has been saying they want to do stuff, saying stuff on social media. People haven't really been stepping out there and taking action and I was just tired of talking and I just wanted to make action," says Lewis.

The majority of the crowd wore black to be in solidarity. Protesters also paused for eight minutes. Those eight minutes signified how long Floyd was seen dying on video while Minneapolis police officer Derek Chauvin was pressing his knee into Floyd's neck.

The protest ended peacefully, but as the crowd dispersed tensions started to rise. One of the demonstrators had set an American flag on fire, and one of the leaders of the planned protest tried to stop it.

Later in the evening, the crowd was shouting for law enforcement to kneel. Close to 7 p.m., nearly an hour after the protest was supposed to end, Mayor Tommy Battle kneeled.

HAPPENING NOW: Hundreds of people are marching around the Courthouse Square seeking justice for George Floyd.

Shortly after, things escalated when riot control arrived after an order was issued for the crowd to disperse. Riot control began to descend from the courthouse to disperse the crowd. Two people were also arrested during the protest. One was seen throwing a snack at law enforcement.

Another protest is scheduled at the Courthouse Square this Wednesday at 5:00 p.m.

RELATED: Leaders of faith protest the killing of George Floyd