Parkway Place Mall is doing their part to solve the unemployment crisis we've seen in Huntsville. 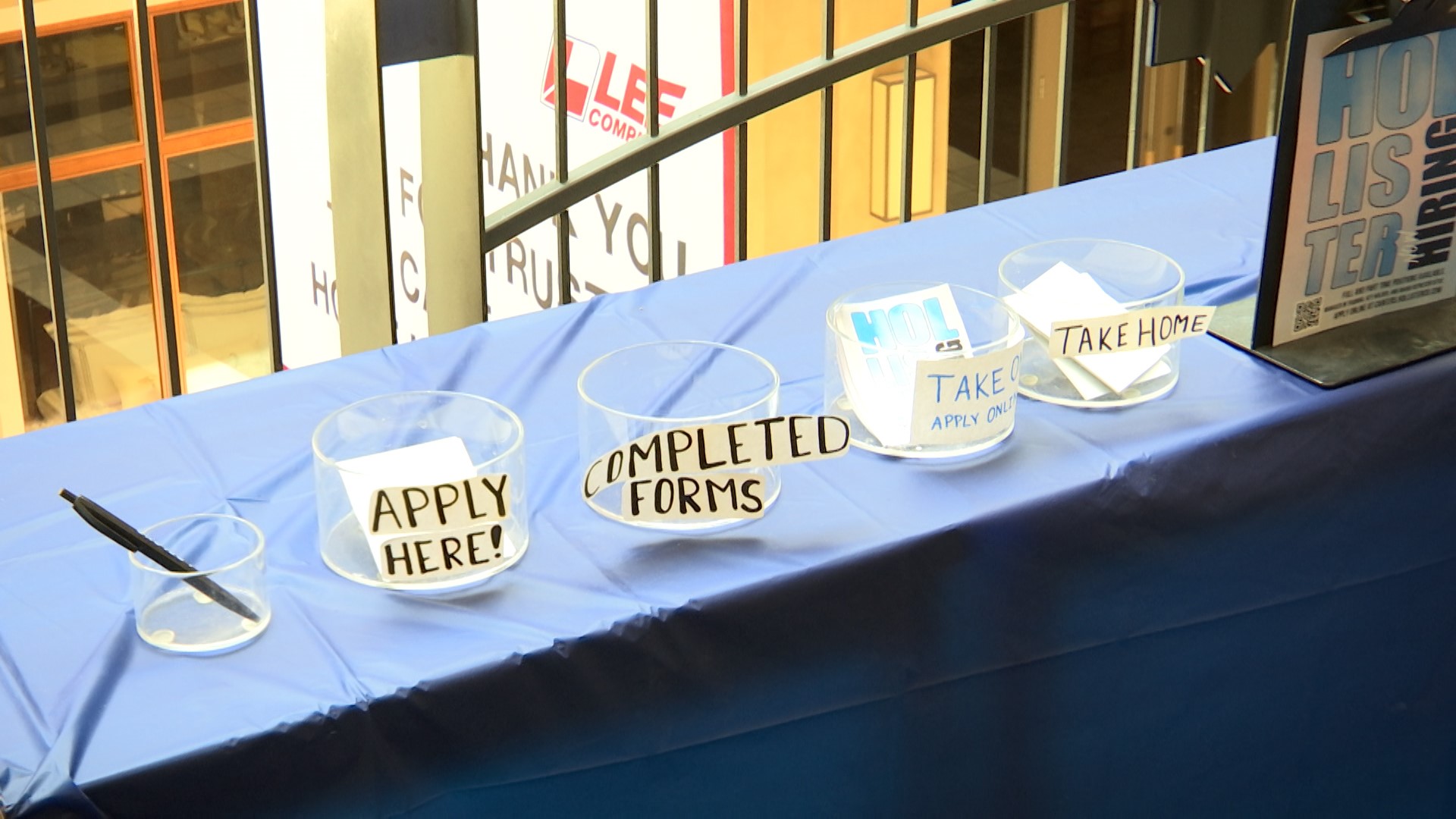 HUNTSVILLE, Ala. — Jobs are looking to hire workers across the city and because of the lack of employees, they’re offering higher wages and other incentives to get more people in the door.

Parkway Place Mall hosted a job fair on June 17 that lasted from 2 p.m. until 7 p.m.

RELATED: US economy sees plenty of growth, but not enough workers or supplies

“We have actively been hiring and trying to stack our teams back up. We’re so excited that business is back, and we’re excited to grow our team again,” Beth Monroe, the owner of Chick-Fil-A said.

Twenty stores participated in the job fair. Managers from each of the participating companies set up stations outside of their stores and waited to speak with future workers. Full-time and part-time positions were offered.

RELATED: Return of the cicadas | How Brood X will impact your yard, ears and life this spring

“When we first announced to the tenants that we were going to have a job fair today it was welcomed with big arms. They were so excited. They have been really working hard to fill staffing needs within their stores, from anything to a part-time to a full-time position, a key-holder or manager. There’s such a variety of job options that are available right now,” Parkway Place Mall general manager, Molly Bell said.

Those looking for jobs were asked to dress the part and bring a copy of their resume. Applications were handed out in-person, but some stores did have workers apply online.

“So, part of why this job fair is so vital right now-- from the mall perspective—is, we are about to go back to our pre-pandemic hours starting on July 1st,” Bell said.

Some applicants say this job fair couldn’t come at a better time. Federal unemployment benefits will end on Saturday, June 19. To access a full list of companies that are hiring in the Parkway Place Mall visit their website.