Why is social media having so much influence on this year's elections? 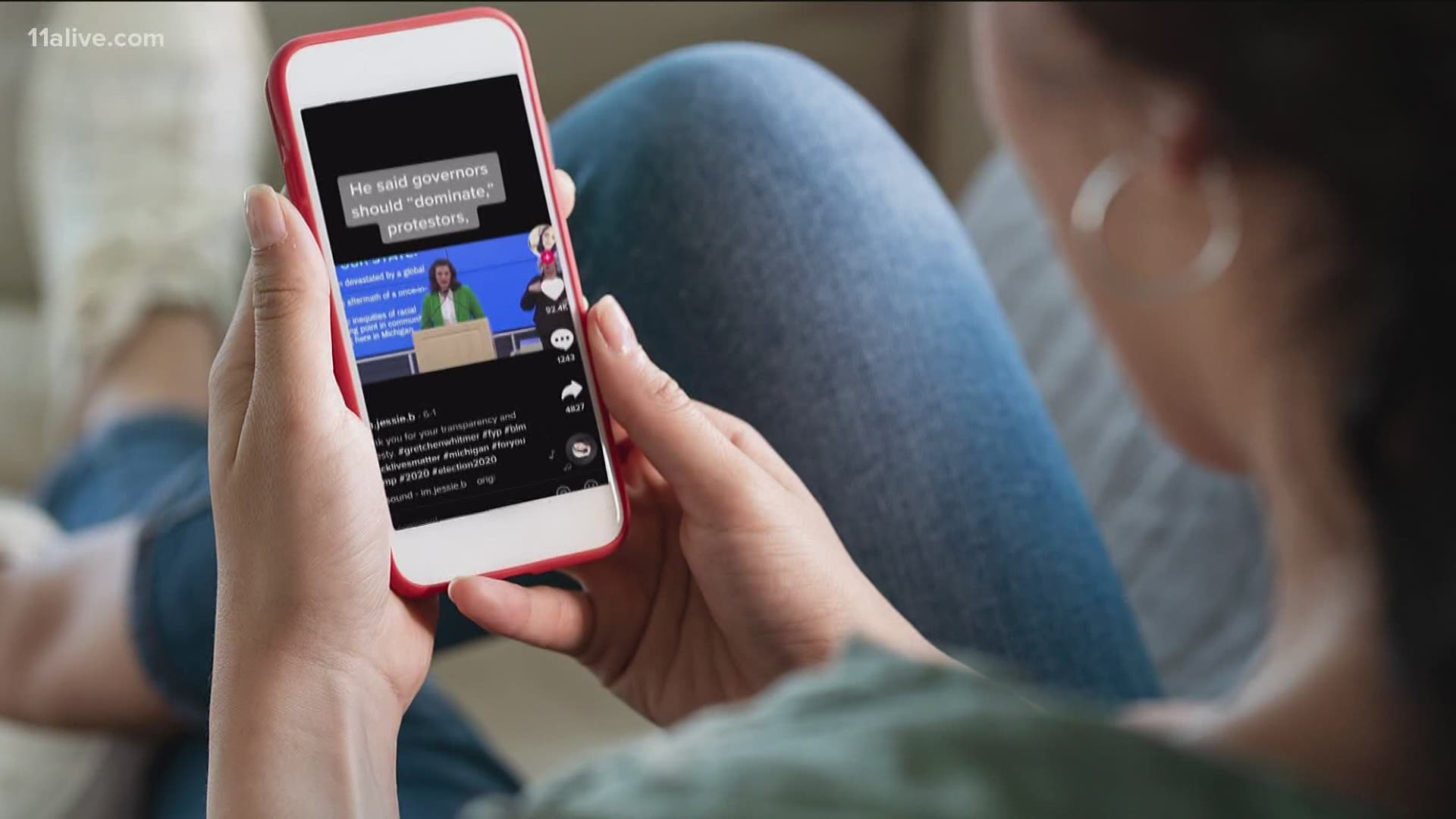 ATLANTA — Social media sites like TikTok may be geared for people too young to vote, but they’re still having an influence on this year’s elections.

These are unusual times and the COVID-19 pandemic is a big part of that.

“People are spending more time on their phones,” says social media expert Michael Bossetta. “Politicians are not going out as much, so these platforms enable campaigns to reach voters where they’re spending time.”

Bossetta is a Political and Data Scientist at Lund University. He studies social media’s influence on politics.

“All of the platforms allow politicians to connect directly to voters,” says Bossetta. “They don’t have to go through the media like they used to.”

“They don’t directly decide who is President through voting, but they do influence the conversation,” says Bossetta. “Social media plays a key role in organizing and spreading information.”

Many of Tik Tok’s users are too young to vote but didn’t stop some of them from trying to influence the attendance of a rally held by the President.

“It can cause a ruckus or can be used to spread disinformation,” says Bossetta. “We don’t know what extent that will have on the electoral outcome.

While politicians sink most of their ad dollars into television, the research group Emarketer predicts the 2020 Presidential candidates will spend more than a billion dollars on digital ads for the first time.

Coronavirus under control in 8 weeks if everyone wears masks, CDC director says

Why is wearing a mask such a controversial issue?

VERIFY: Addressing what masks do and don't do