We met with Representative Laura Hall (D-Huntsville) who told us her thoughts on the bill. 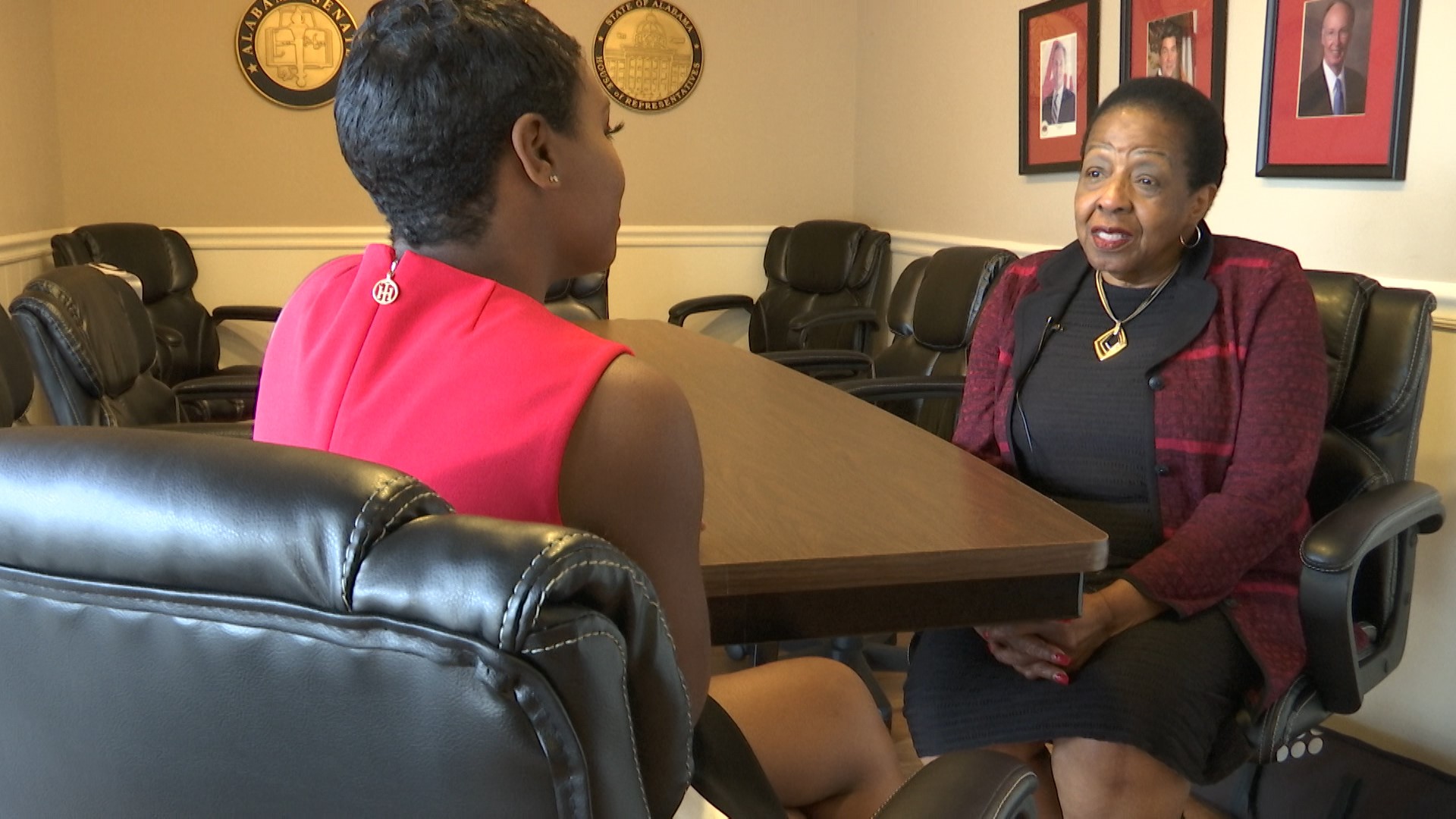 A bill has cleared the Alabama House of Representatives, one that will require schools in the state to start each day by saying the Pledge of Allegiance to the United States Flag.

The sponsor, House Majority Leader Nathaniel Ledbetter (R-AL-24th District), said he was surprised upon finding out that his young granddaughter did not know the Pledge of Allegiance, and so this bill’s journey began.

We met with Representative Laura Hall  (D-AL 19th District), who told us her thoughts on the bill. She says it’s not uncommon for those pushing a bill to have a personal story behind why they see a need. She said, “It was a concern of his. So he thought that every child should know it…Generally a lot of the bills and things that are introduced come from some personal response or reaction, based on the individual’s own experience.”

Representative Hall voted in favor of the bill, which passed the house 101-0. But, she says she doesn’t really think the bill was needed.

“I think if you would go in most schools you would hear them say that they take time out at the very beginning to [say the Pledge of Allegiance]. From my perspective, it was not necessary. I was not opposed to the fact that we had a law  but I just didn’t think that was necessary.”

As the start of the school year approaches, controversy may swell surrounding the bill and its execution in the classroom. What about students who do not wish to recite the pledge, whether it be for religious or personal beliefs?

Well, the bill only requires state schools to allot time for the pledge at the beginning of each school day. It does not require individual students to verbally recite the pledge, or to stand. (Take a look at the bill linked below) http://alisondb.legislature.state.al.us/alison/searchableinstruments/2019RS/bills/HB339.htm)

Rep. Hall says she hopes educators will continue to respect the wishes of all students.

Though this bill has gains national attention as it progresses, Rep. Hall says she is looking on to what is next. She feels there’s plenty more work to be done for the citizens of Alabama.

“My biggest thing is that it was time spent that we could have been doing something else. Something that could have brought about… major change in the state of Alabama. Such as expanding Medicaid, or looking for ways to provide more funding for education.”