The Rosa Parks Day Committee and the Tennessee Valley Progressive Alliance are calling for Madison County Commissioners to act sooner on removing the statue. 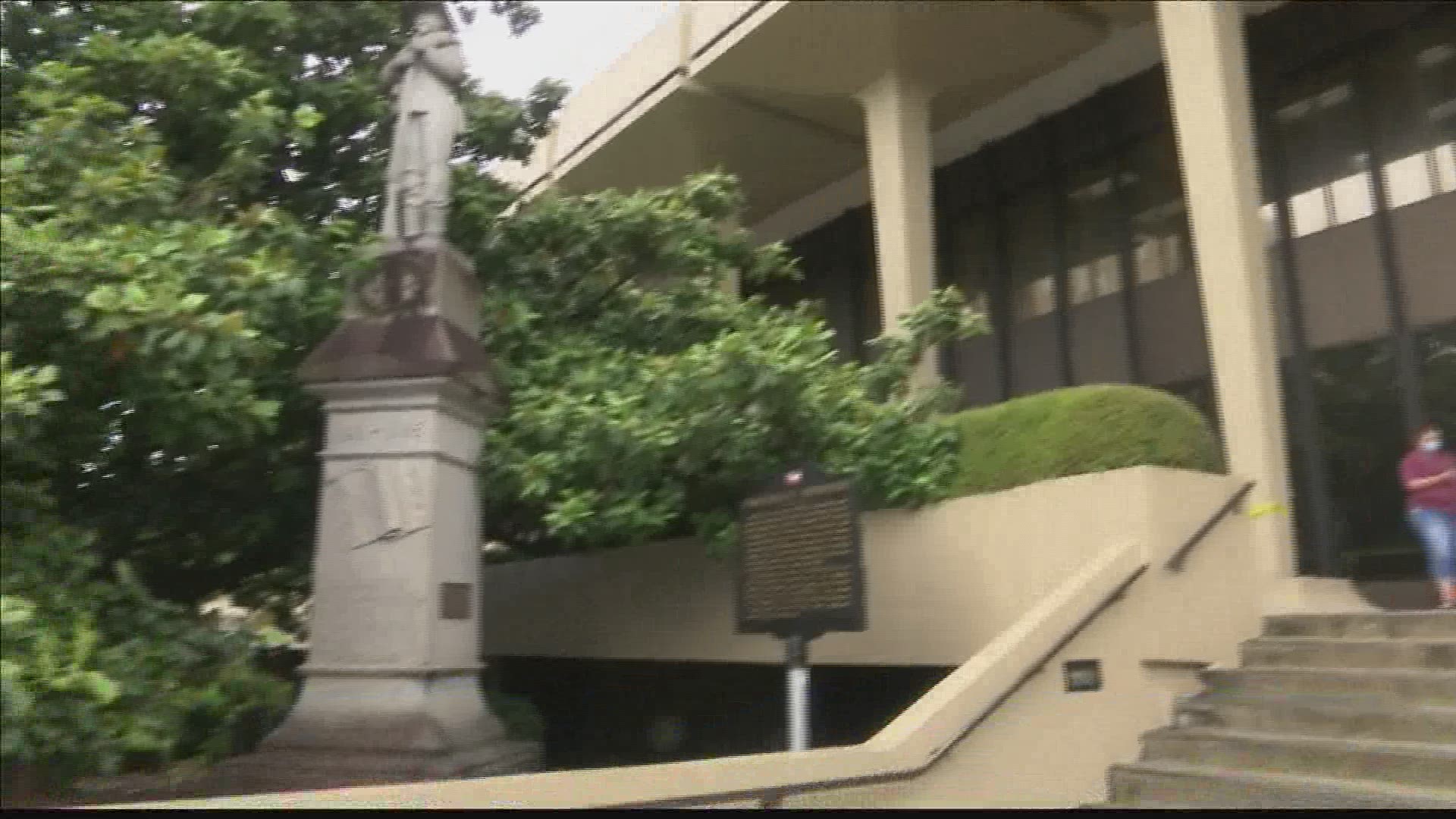 HUNTSVILLE, Ala. — Calls to quickly remove the Confederate monument at the Madison County Courthouse are getting louder. On Wednesday morning, local leaders and organizations announced a new campaign at the courthouse steps.

It's called the 'Move the Monument' campaign, spearheaded by The Rosa Parks Day Committee.

"All of them [county commissioners] voted, so I have faith that they're going to do that, we just want them to make sure that process - maybe speed it up a little," added Hall.

Lawmakers passed the 'Alabama Memorial Preservation Act of 2017'. This act makes it illegal to remove any monument that's at least 40 years old. The statue in front of the courthouse has been there since 1905.

Leaders say Madison County can enter into a 'Memorandum of Understanding, or 'MOU' with Alabama Attorney General Steve Marshall. They also say the TVPA has the funds to pay the fine. "The Tennessee Valley Progressive Alliance has the money now, to pay the fine - the $25,000 - they could do that today," added Person.

Leaders say the decision of how soon the monument can be removed is up to commissioners.

"So if the Madison County Commission wants to be on the right side of history, and if they want to do it expeditiously, which I believe is the will of the people, and not let this drag on for weeks, months, or years, then they need to move the monument now," says Person.

The Rosa Parks Day Committee is coordinating efforts with the Tennessee Valley Progressive Alliance to do pop-up protests on a weekly basis.