ADPH's hotline has been flooded with over 1.3 million calls after announcing more people are eligible to get the COVID-19 vaccine. 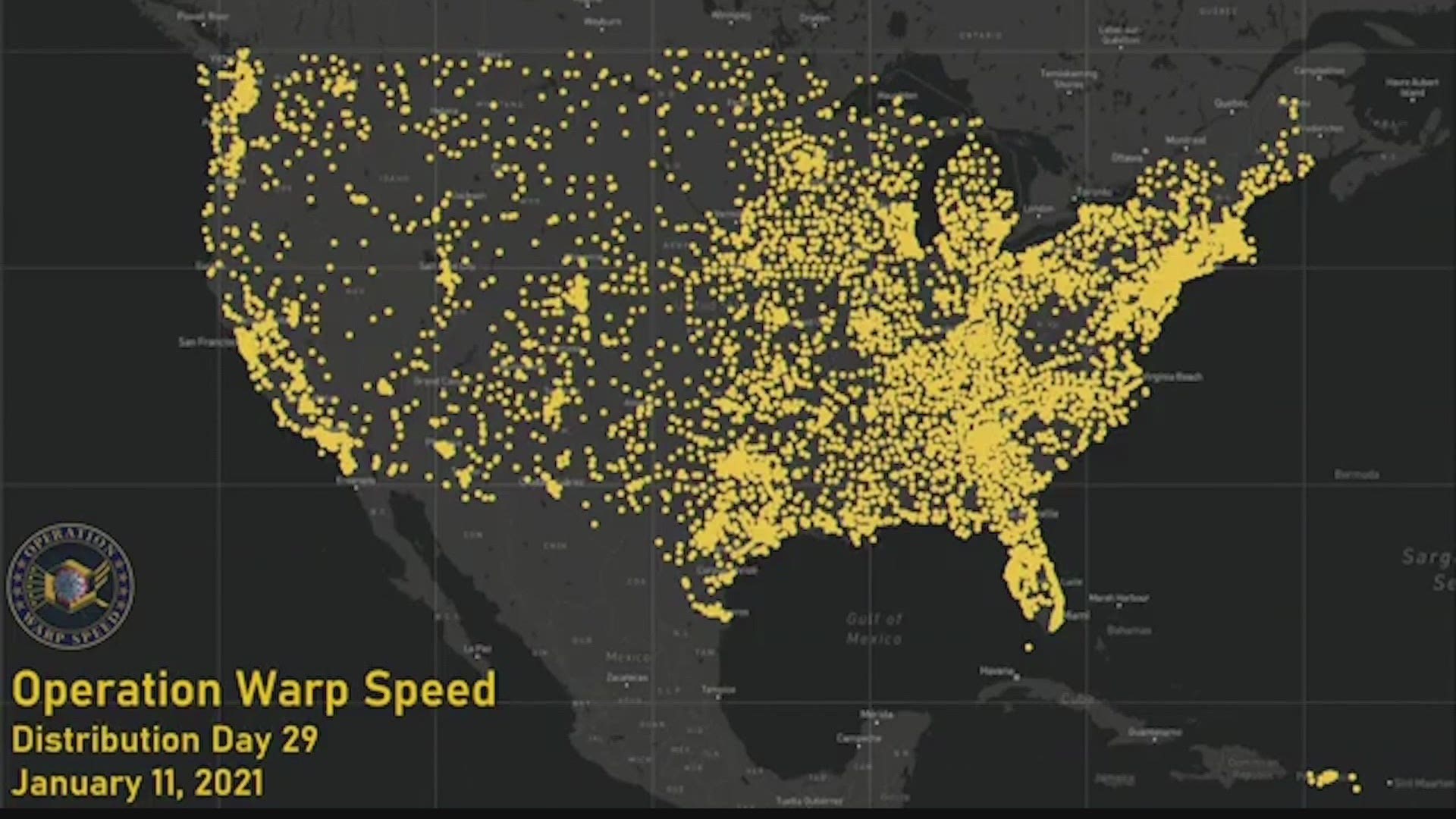 ALABAMA, USA — Operation Warp Speed has been distributing COVID-19 vaccines for one month now. For the first time, they have more vaccines than are being requested in the 1a group.

Federal leaders are now working to get people in the next phases vaccinated by expanding their distribution of the vaccine. Right now, OWS is working with each state to make sure people who want the vaccine can get it as soon as possible.

U.S. Secretary of Health and Human Services, Alex Azar, said, "We've seen substantial rises in Americans' confidence in these vaccines and interest in taking them."

OWS announced on Tuesday they are releasing the entire supply of COVID-19 vaccines they have and making them available for states to order.

"Our approach continues to ensure that there will be a second dose available for someone who gets a first dose of the vaccine," said Azar.

RELATED: Separating fact from fiction about the COVID vaccine

Because they now have a consistent pace of production, Azar says doses available will be released to first cover the needed second doses and then cover additional first vaccinations.

Azar said, "We can now ship all of the doses that had been held in physical reserve with second doses being supplied by doses coming off of manufacturing lines with quality control."

Operation Warp Speed wants states to open up vaccinations to those most vulnerable.

"There was never a reason that states needed to complete vaccinating all health care providers before opening vaccinations to older Americans and other vulnerable populations," said Azar. "States should not be waiting to complete 1a priorities before proceeding to broader categories of eligibility."

People in Alabama 75 years and older, law enforcement officers, and firefighters can now make an appointment to get the COVID-19 vaccine. The Alabama Department of Public Heath will start vaccinating those people on Monday, January 18.

Since making the announcement, ADPH says their hotline has been flooded with over 1.3 million calls.

Dr. Karen Landers with ADPH said they have already made thousands of appointments. As of Monday morning, they had scheduled over 239 clinics to be operated by Public Health.

Dr. Landers said, “Currently, we are going to be vaccinating according to our allocation plan until we receive some additional information, but we are very, very pleased to be able to move into the additional groups as the supply allows and as we have more providers."

To help with the demand, federal leaders are pushing for states to offer testing at pharmacies and health centers rather than just hospitals. Alabama is already utilizing several providers to help vaccinate people in the state.

Operation Warp Speed COO, General Gus Perna, says they have opened it up for states to utilize the over 40,000 pharmacy providers that are enrolled in their pharmacy partnership program. He says they want to expand it up to 70,000 providers.

OWS says states have ample funding, including $3 billion more on the way to help get vaccines out.

Azar said, "If states wish to set up mass vaccination sites, we stand ready to help."

So far, 271,925 vaccine doses have been allocated to Alabama, and 87,138 people in the state have gotten the first shot.