One year after the Huntsville protests, community members are still calling for change

The Confederate monument in downtown Huntsville is gone, but cries for justice continue. 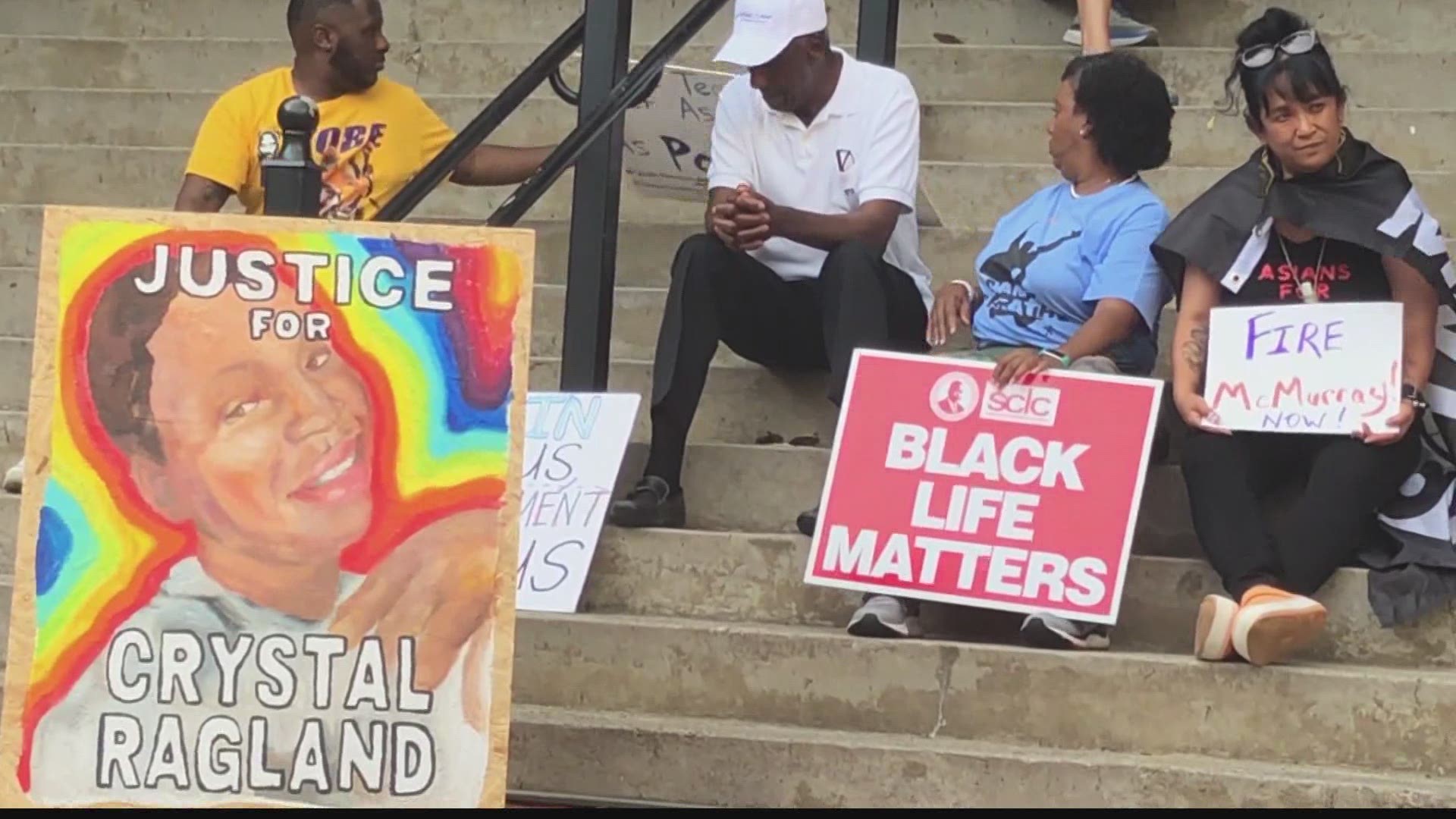 HUNTSVILLE, Ala. — On June 3, 2020, more than one thousand people gathered at Big Spring Park for the Rally Against Police Brutality. The peaceful protest in Huntsville against police violence was interrupted as police used smoke, tear gas, and rubber bullets on protesters.

One year later, the calls for change continue.

Community members gathered at Big Spring Park Thursday evening around 5:00 p.m. to reflect on what's changed...and what's not. Many of them were at the same spot where they gathered one year ago.

Signs with "Black Life Matters", "That's not a chip on my shoulder. That's your knee on my neck", "No Justice, No Peace", and names of people who killed by law enforcement were scattered through the crowd.

One protestor stated that the reason why there is still inequality towards the black community is because of the lack of empathy. “The root of the problem is not the bad apples, not the branches holding them, but the soil."

The protest ended with a march throughout downtown Huntsville where protesters chanted “You can’t stop the revolution,”.

Speakers at the protest acknowledged that changed has been made, like the Confederate monument being removed in downtown Huntsville, but say that there is still justice to be served.