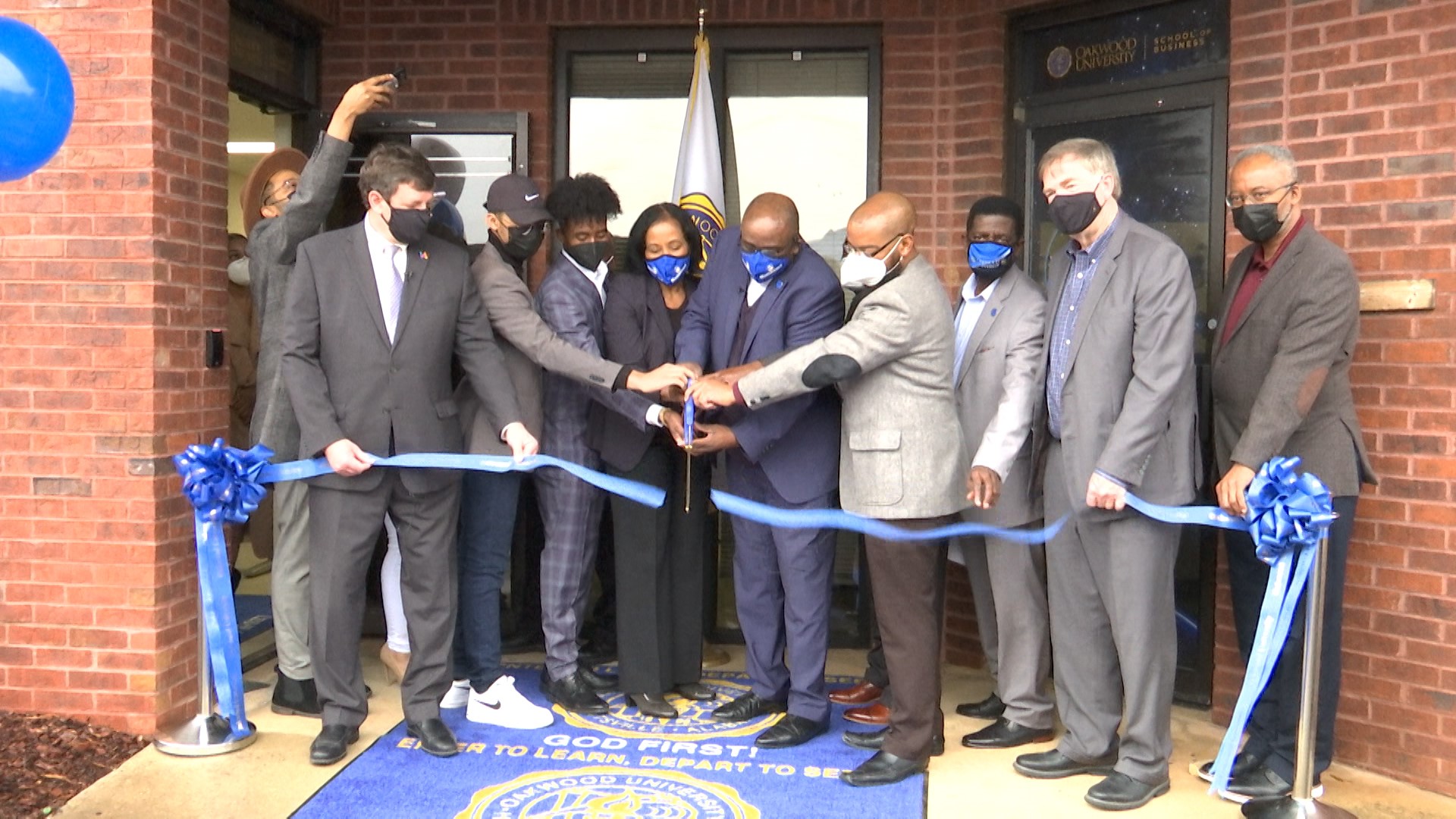 HUNTSVILLE, Ala. — Oakwood University is taking business to another level by using cutting edge technology.

The campus officially opened its "OU Launchpad Entrepreneurship Center" to the community on 4920 University Square.

It's in partnership with "Unity", a leading platform for "creating and operating real-time 3D content."

This center is one of 17 centers to be a "unity-authorized training partner" in the United States.

The center has at least three rooms, and the university will host "unity-developed" workshops.

Oakwood University is an institution dedicated to innovation and collaboration as well as providing students with the latest technology to facilitate groundbreaking research and inventions, and all within a Christ centered environment. It’s from this approach that OU Launchpad, the university’s new entrepreneurship center, was developed.

This entrepreneurship center has since landed a historic partnership with Unity, the world’s leading platform for creating and operating real-time 3D (RT3D) content. Creators, ranging from game developers to artists, architects, automotive designers, filmmakers, and others, use Unity to make their imaginations come to life. Unity’s platform provides a comprehensive set of software solutions to create, run and monetize interactive, real-time 2D and 3D content for mobile phones, tablets, PCs, consoles, and augmented and virtual reality devices. Over the years, there has been an increased demand for the technical skills, specifically knowledge of coding, even for those not pursuing a career in technology. It is with this in mind that Oakwood University’s OU Launchpad has partnered with Unity to offer incredible opportunities to its stakeholders.

As a Unity Authorized Training Partner, Oakwood University will be able to lead Unity's Authorized Training Workshops, which are Unity-developed, instructor-led classes that combine the best in quality, expertise, and convenience for learners to increase their Unity knowledge. Unity Workshops are current, interactive, and easily accessible via MyLiveBook. These workshops are taught by world-class Unity Certified Instructors, who have demonstrated excellence in both Unity skills and teaching proficiency.

“Through the OU Launchpad Entrepreneurship Center, Oakwood University is the only HBCU to become a Unity Authorized Training Partner, making them one of 17 authorized training centers for Unity in the United States. This partnership is indeed groundbreaking as more and more organizations such as Apple, IBM and HP are partnering with HBCUs. Collaborations of this nature show the openness of these companies to making diversity and inclusion partnerships a permanent part of their brand and culture. Unity has joined these companies in taking on this path and it has benefitted many students in a positive and life-changing way,” says Julian Waddell, OU Launchpad Entrepreneurship Center Manager.