The $11 million project was funded by the City of Huntsville and donations from private and government partners. 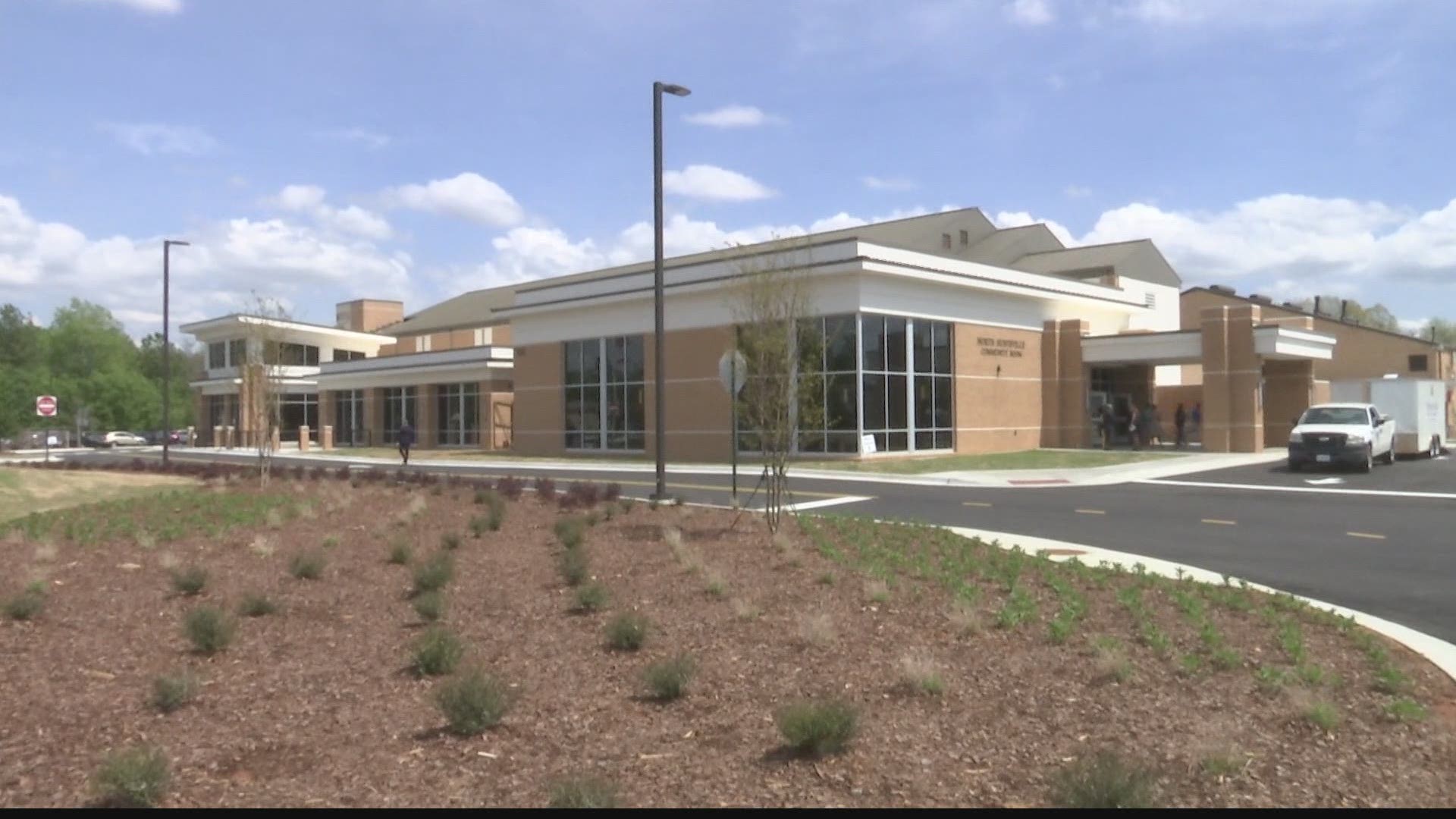 HUNTSVILLE, Ala. — The wait is over for book lovers in North Huntsville! The new and improved library is now open.

The eleven-acre campus includes the latest technologies with 3D printing, meeting rooms and multiple study areas. Leaders believe this will be a great resource for the community.

"Right now we're having a moment where we can just recognize and remember the legacy of Dr. Shurney, but also again, another wonderful day to show the investments that are happening in Northwest Huntsville. This is the development of a whole campus not just a library. Some of the investments we made here we haven't made anywhere else," says Huntsville City Council, Dist. 1, Devyn Keith.

Here's more background information from the City of Huntsville:

The City of Huntsville debuted its latest public amenity on Sparkman Drive to benefit residents living in North Huntsville.

Mayor Tommy Battle and District 1 Council Member Devyn Keith hosted a ribbon-cutting on April 7 to open the Dr. Robert Shurney Legacy Center, an eleven-acre campus featuring the new North Huntsville Library and recreation facilities. The $11 million project was funded by the City of Huntsville and donations from private and government partners.

“We are so glad to be investing in such a worthy project for our community,” said Mayor Tommy Battle. “Transforming this site and creating live, learn and play facilities are among the best ways we enhance quality of life.”

The Shurney Legacy Center is built on the site of the former Berachah Academy and the adjacent –  and outdated – Bessie K. Russell Library branch. In its place now stands a 19,000-square-foot library designed to meet the information-seeking needs of residents.

“Libraries are places where people come to feel connected to their community,” said Cindy Hewitt, Interim Executive Director of the Huntsville-Madison County Public Library. “The North Huntsville Public Library will serve as a community hub with two meeting rooms, multiple study areas and a children’s program space. It will also feature some of the latest technologies such as a workforce development lab, a makerspace with a 3D printer and an automated sorting machine. We are very excited to bring this state-of-the-art library to our community."

Huntsville’s Parks & Recreation Department can’t wait for patrons to try out the new pickleball courts, walking trails, multipurpose fields and children’s play areas with pavilions. The on-site gymnasium has also received a facelift and is ready for play.

“We can see the Shurney Legacy Center quickly becoming a gathering place for families who want to enjoy the outdoors and recreation,” said James Gossett, Interim Director of Parks & Recreation.

All of the on-campus facilities are part of the Dr. Robert Shurney Legacy Center, named after Dr. Shurney in recognition of his valued contributions to the U.S. Space Program. As a NASA engineer and one of the most important leaders in manned space flight, Dr. Shurney was a trailblazer in the African American community.

“We are honored to name this redeveloped site after Dr. Shurney,” Keith said. “This site not only cements the legacy of a man who was here, it provides us with a renowned public use and the opportunity to inspire the next generation of scientists, makers and creators.”