Colorado prepares for potential armed marches ahead of inauguration

The FBI is warning of armed marches at every state Capitol, including Colorado's, starting this weekend. 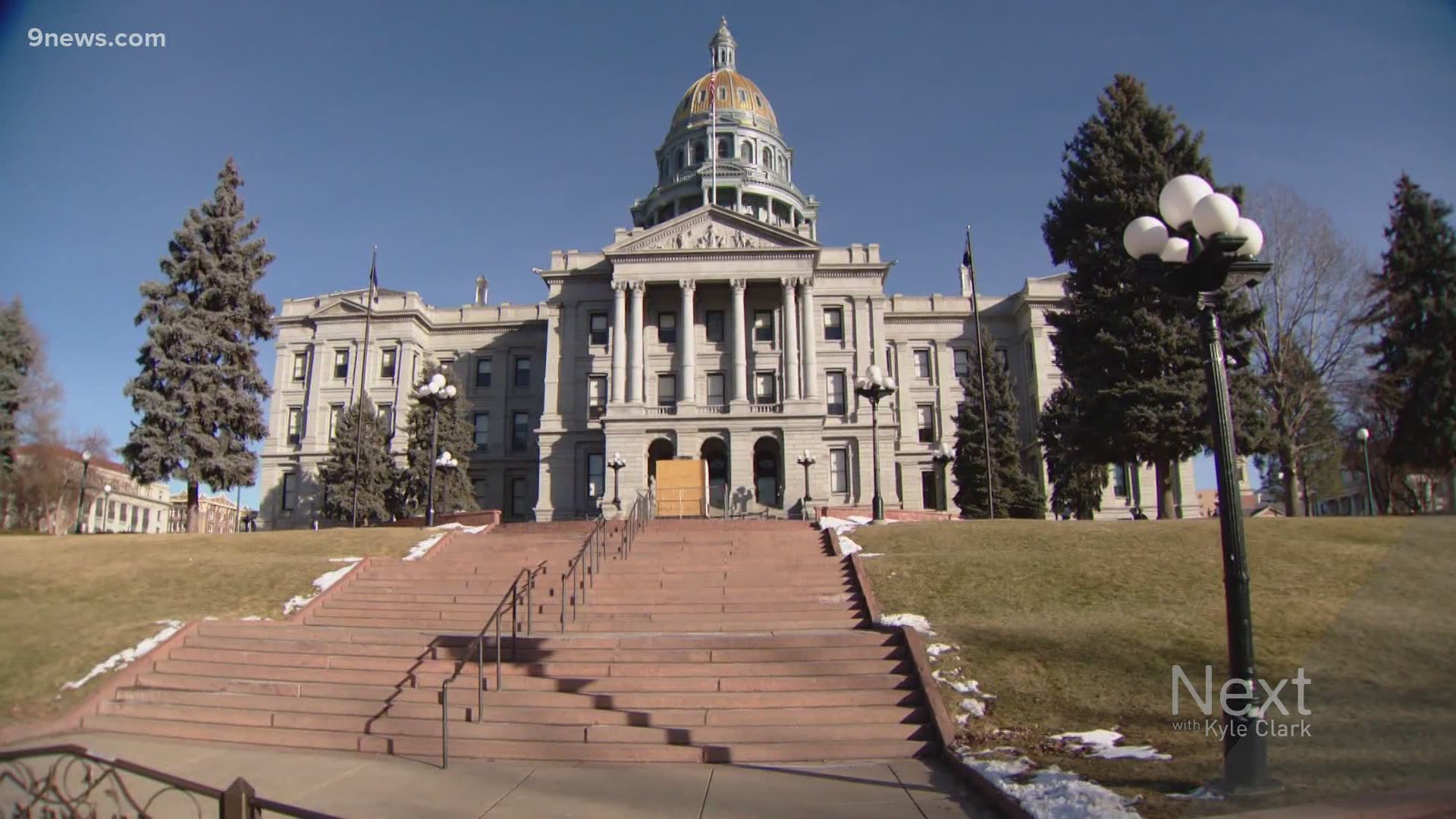 DENVER — Not even a week after a failed insurrection at the U.S. Capitol, the FBI is warning of armed marches at every state Capitol starting this weekend.

Colorado's legislature starts up again on Wednesday, but won't be in session when the marches take place.

The legislature will start its session to swear-in new members and correct at least one special session bill regarding state stimulus money for minority-owned businesses, and then gavel out until at least Feb. 16.

These possible armed marches are not why lawmakers won't be at the Capitol next week.

"We don't have any information to make us worried or concerned more than any other American should be concerned or worried right now," said Senate Majority Leader, Sen. Steve Fenberg (D-Boulder). "We feel pretty confident that State Patrol is planning for worst-case scenarios, hoping that it doesn't happen."

So far, the worst case has been the vandalism to the State Capitol and other government buildings that occurred during the summer, not to the extreme of an attempted insurrection like we saw in Washington, D.C. last week.

"There's right and there's wrong. And to come and have your voice heard is absolutely your First Amendment right. If you cross that line and cause vandalism, cause damage, and take away from other people their government and the ability to access their government, that's wrong," said House Minority Leader, Rep. Hugh McKean (R-Loveland).

McKean is not going to ask members of his caucus to avoid an armed march of the place where they work.

"It's up to every member to make a decision for themselves on what they want to participate and do and say," said McKean. "The onus is on the members, and certainly in Colorado, it's up to their voters." 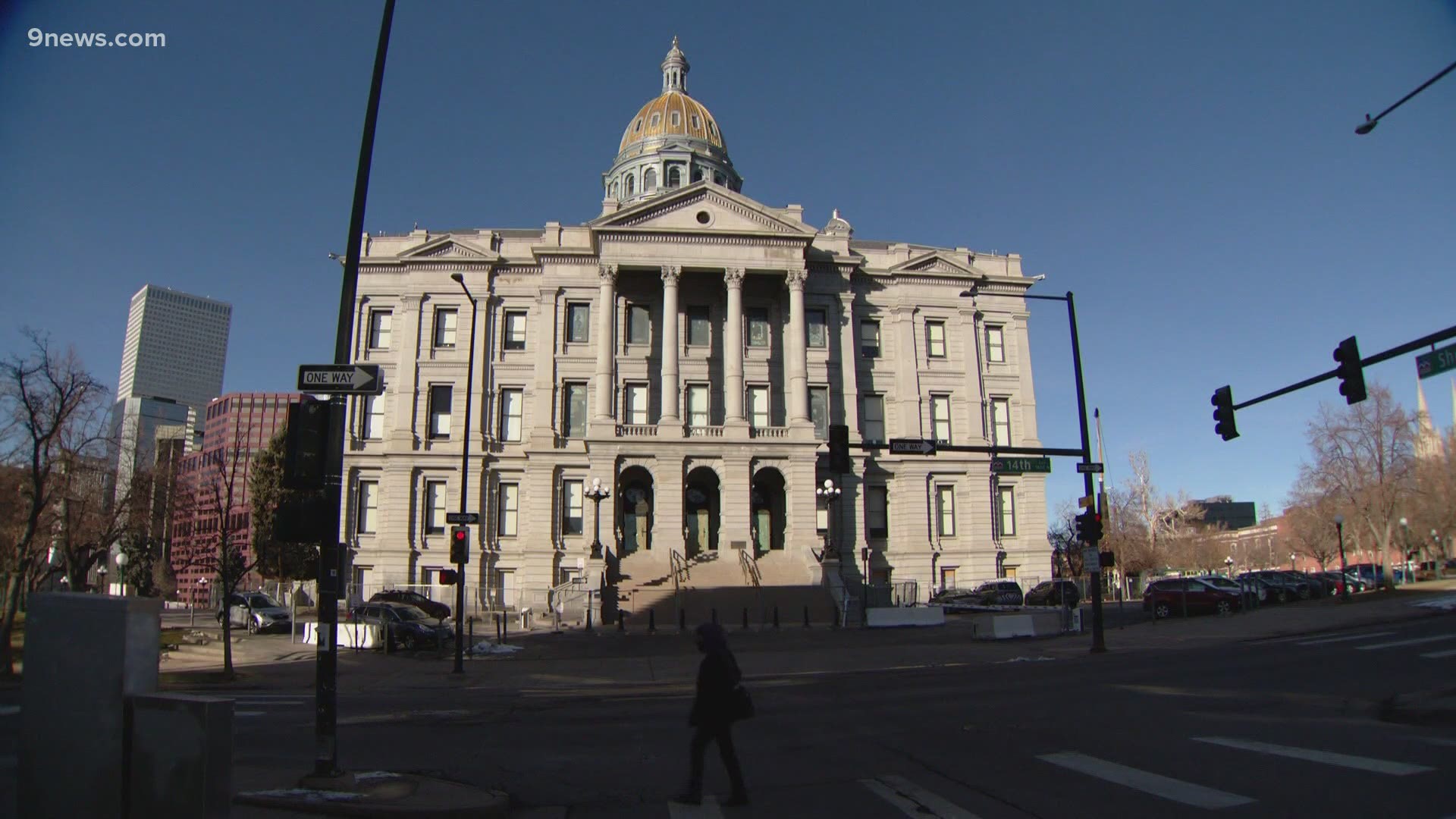 RELATED: Trump issues emergency declaration for inauguration as concerns about violence ramp up

Colorado State Patrol put out a statement regarding this weekend:

"The Colorado State Patrol is responsible for the protection of the Colorado State Capitol. We have been monitoring events on the national level and will continue to monitor for possible events in Colorado. We support all those who plan to peaceably assemble in order to exercise their first amendment rights. Our agency is prepared for this potential activity and emphasizes the importance of a peaceful approach that allows for safe public discourse for all. Due to security reasons, we do not discuss our staffing or our measures in place."

There will be long-term security changes at the Capitol -- just none that will be in place this weekend.

"The fence around the Capitol building won't be even started until after session ends. It won't be a fence in front of the steps, and the public doors into the building will not be blocked off by fences either," said Rep. Susan Lontine (D-Denver).

Lontine chairs the Capitol Building Advisory Committee, which has already approved changes recommended to Capitol security. Those changes that have been made public include permanent fencing around the Capitol and reactivating the use of the original metal doors outside the glass entry doors on the first floor.

"I know they want to make them functional again, there is some work that's got to be done," said Lontine.

Long-term security measures, including a permanent fence and use of the metal doors, need approval by other legislative committees. If it's determined new money would be needed to fund the projects, all lawmakers would have a say as a bill would need to be drafted.

"The Denver Police Department (DPD) respects the right to peacefully assemble. DPD continually monitors for protests/demonstrations and plans accordingly, while working with our local, state and federal law enforcement partners. DPD encourages those who participate in protests, demonstrations, marches, or other gatherings, as protected by the First Amendment, to do so in a safe and lawful manner.

Due to the sensitivity and potential safety concerns, we do not identify specific events, groups, organizers, etc. in regards to protests, marches, assemblies. Similarly, we do not discuss in detail our plans for responding to demonstrations/protests as that could jeopardize public and officer safety. What we can say at this time is that DPD is aware that there are efforts to organize two possible protests in Denver in the coming weeks and we will continue monitoring and planning accordingly."

When asked if the governor has or will activate the Colorado National Guard, a spokesperson with the governor's office wrote:

"We are monitoring the security situation and support all of those who plan to peacefully assemble and exercise their first amendment rights. Should things turn violent and unlawful like they did during the failed insurrection our country witnessed in Washington, D.C. last week then we will examine every option to ensure people are safe. In Colorado, we reject seditious and violent acts designed to bring down our republic and undermine the Constitution and the rule of law."