Two hundred eighty artists around the world submitted designs for the project. But, Arts Huntsville did decide on one. 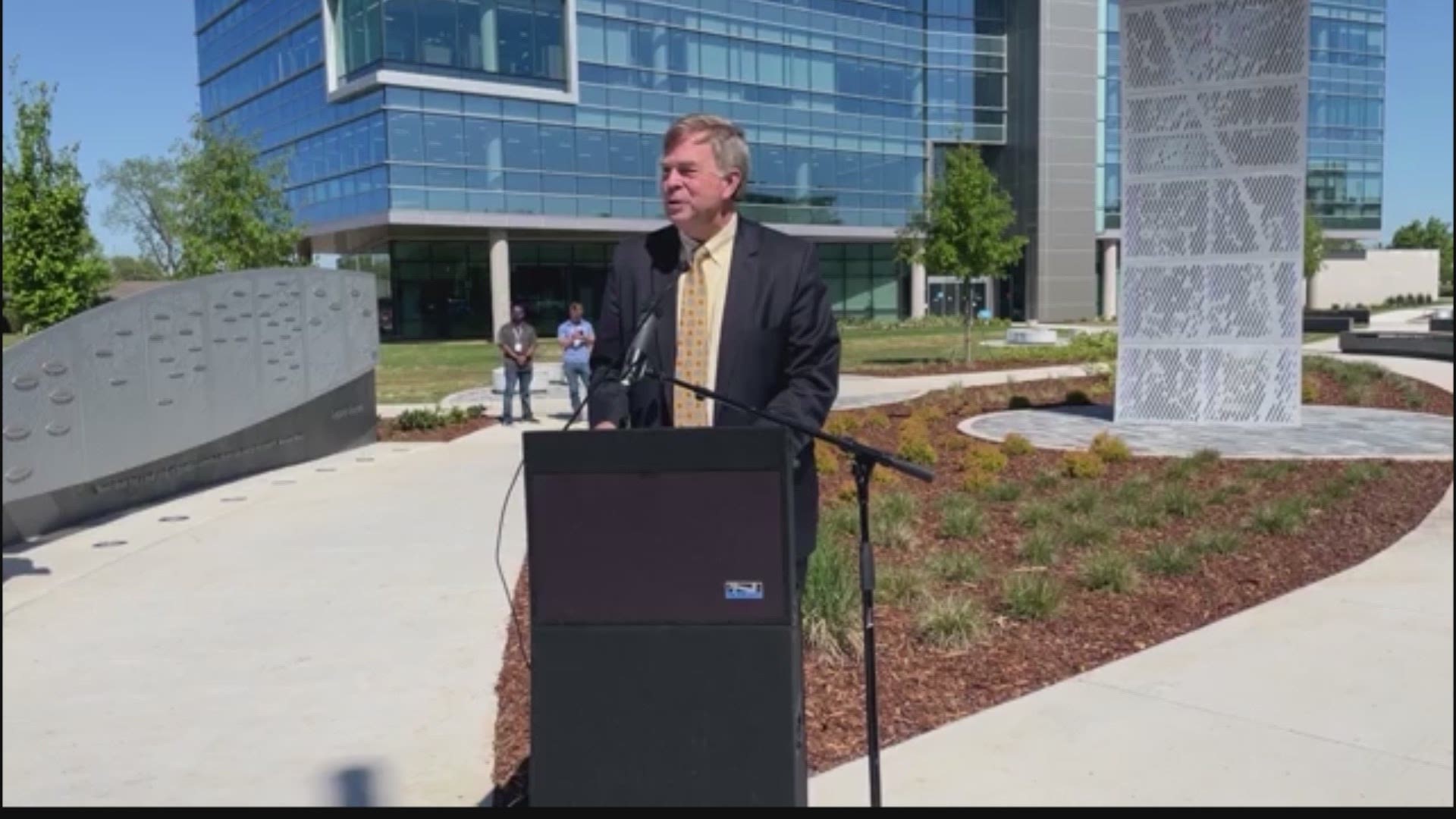 HUNTSVILLE, Ala — Huntsville has a brand new park downtown.

The park is home to a brand new sculpture.

Two hundred eighty artists around the world submitted designs for the project. But, Arts Huntsville did decide on one. A centerpiece of the urban plaza is a public art installation designed by David Dahlquist and Matt Niebuhr of RDG Dahlquist Art Studio.

The public art installation in the park is  titled “Travelers,” and is one of three pieces.

Huntsville Mayor Tommy Battle says during the ribbon cutting ceremony, “We’ve had many interesting conversations about what ‘Travelers’ means here and what the meaning of this art is here behind us. I think you’ll find that everybody who has a meaning here will find a different meaning with someone else. But, as a result of this Arts Huntsville has chosen this as our theme and has done a wonderful job with it.”

The other two “Travelers” art pieces will be installed downtown over the next ten months.

The following information was provided by the City of Huntsville in a press release:

The partnership and philanthropy required to accomplish this project led the City to recognize the role the Community Foundation of Greater Huntsville plays in connecting donors with civic ventures. The City Council voted to honor the organization by giving the park its name.

“We are thrilled to honor the legacies of local philanthropists whose charitable visions will now be memorialized within the walls of this beautiful park,” said Melissa Thompson, Community Foundation of Greater Huntsville CEO. “It is with special gratitude that we thank Bob and Phylis Baron, whose donation supported the featured art installation, and Joe and Pam Alexander, Community Foundation founding benefactors and patrons of the donor recognition wall. Together, these pieces celebrate the spirit of generosity that is pioneering a bright future for all who call Huntsville home.”

The donor recognition wall in the park will recognize those individuals and companies who have given at least $250,000 to or through the Community Foundation during their lifetimes, with a special distinction for philanthropic relationships at the $1 million level and above.