The more than 60,000 sq ft. facility has six departments to serve the people of Madison County. 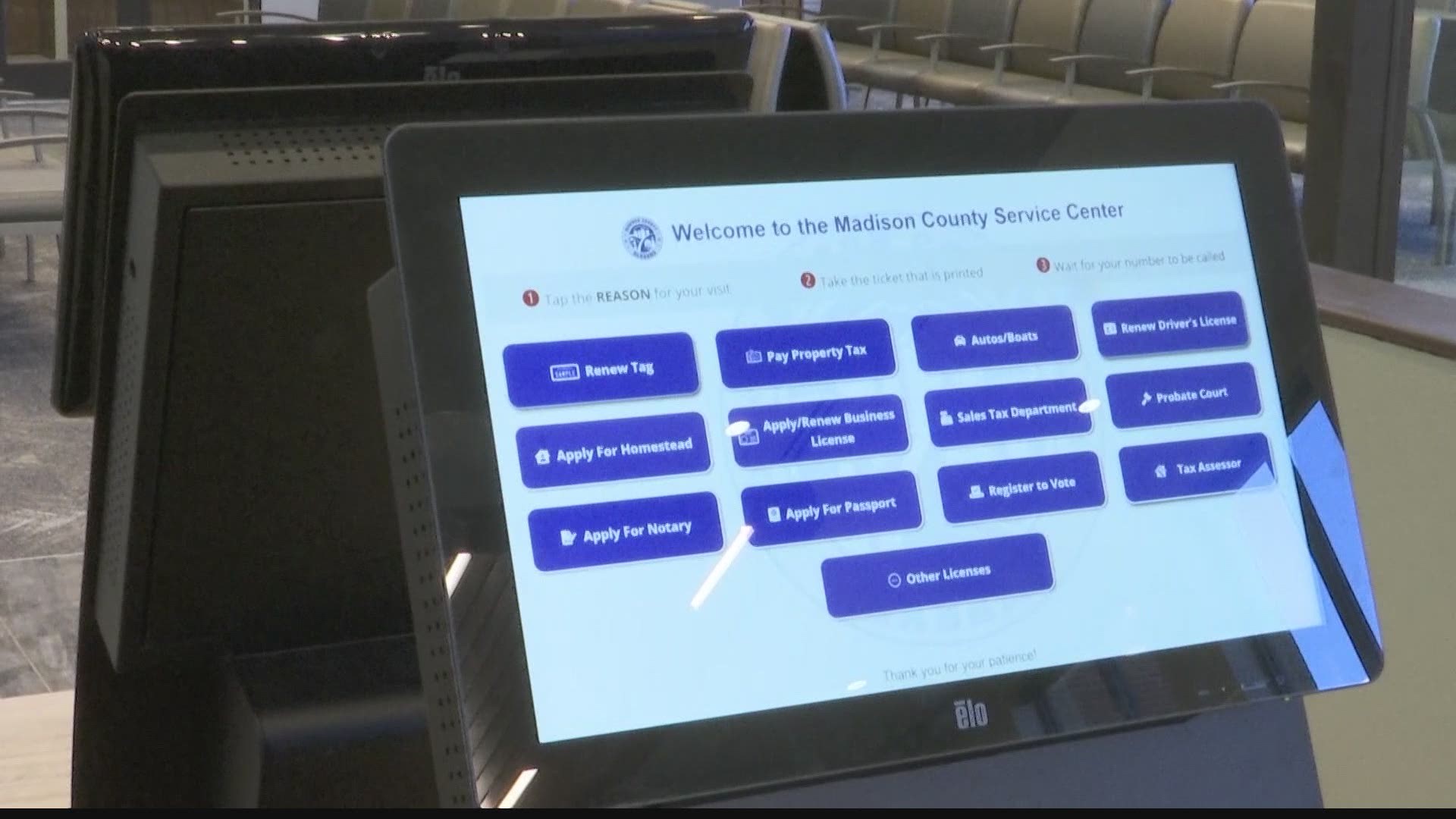 County residents can accomplish a number of things here, including paying county taxes on property including license plates as well as drivers licenses.

If you normally visited the courthouse for tax-related items, those have relocated to this new location.

The more than 60,000 sq ft. facility has six departments to serve the people of Madison County and officials say they're excited to have more space.

"This is going to be a very fast process where when people come here they can do everything that they need in county government through these six different departments," says Madison County Commission Chairman Dale Strong.

Close to ten years in the making, this service center on 1918 North Memorial Parkway has departments for Board of Registrars, License, Probate, Sales Tax, and Tax Assessor and Tax Collector departments.

"We got the biggest bang for our buck - square footage, they had input to everything that went into their office. A to Z..," says Strong.

Strong says the nearly $12 million dollar project included input from leaders of those departments. Leaders are hoping this central service center will speed up the process with a kiosk sign-in.

Strong says the parking lot has more than 350 parking spaces, and a bike rack. Public transportation was also considered. "Some of those that may not have their own transportation can get off here, centrally located, do their business, and be able to catch the next bus stop," he says.