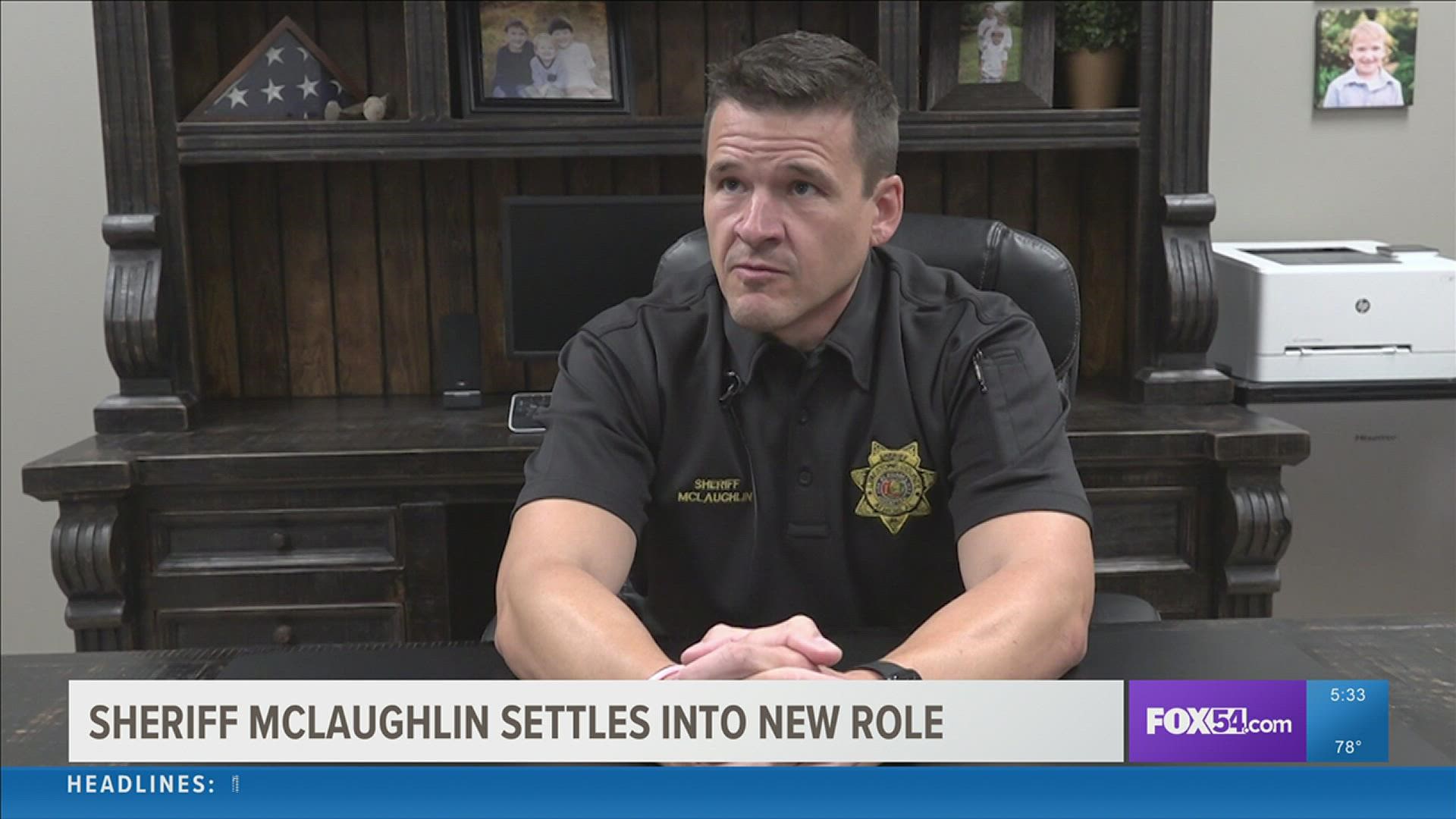 LIMESTONE COUNTY, Ala. — Limestone County Sheriff Joshua McLaughlin was appointed to the position to replace long-time sheriff Mike Blakely, who was sentenced to three years in jail earlier this year on ethics charges.

He wants to put that behind him and move the department forward. He says, "Right now as a department, I just continue to move in a positive direction. Continue to show the community that they do have a good law enforcement agency here, and just work at that and keep doing that."

The new sheriff is is no stranger to law enforcement. He worked under Mike Blakely in the narcotics unit, and right before his appointment he was the chief investigator for District Attorney Brian Jones. With his new position, he wants to ensure that his department is properly trained for everything from traffic stops to de-escalating situations.

The new sheriff met Mike Blakely through his wife, Meghan. He says, "I attended college at UNA for a short period of time. Went to Calhoun, started dating my wife and she was very close family friends with Sheriff Blakely and Sheriff Blakely began to ask me to come and try out for the deputy stuff."

Sheriff McLaughlin's father was in the navy and his family moved to Alabama when his dad retired, and while he says he's not originally from the Limestone County community, the community is what made him.

So how long can we expect to see McLaughlin as sheriff? When we asked if he was going to try and stay elected just as long as his predecessor - 38 years - he said, "Absolutely not, I want to come in and I want to do what I can for the community. I hope to be a few terms but no, ultimately my goal is to serve the community and once I get to the point where that is, I would like to retire."

RELATED: Coffee with a Cop brings community and police together