People who live near MidCity say late night raves are shaking their homes. Officials say they are working to reduce the noise pollution. 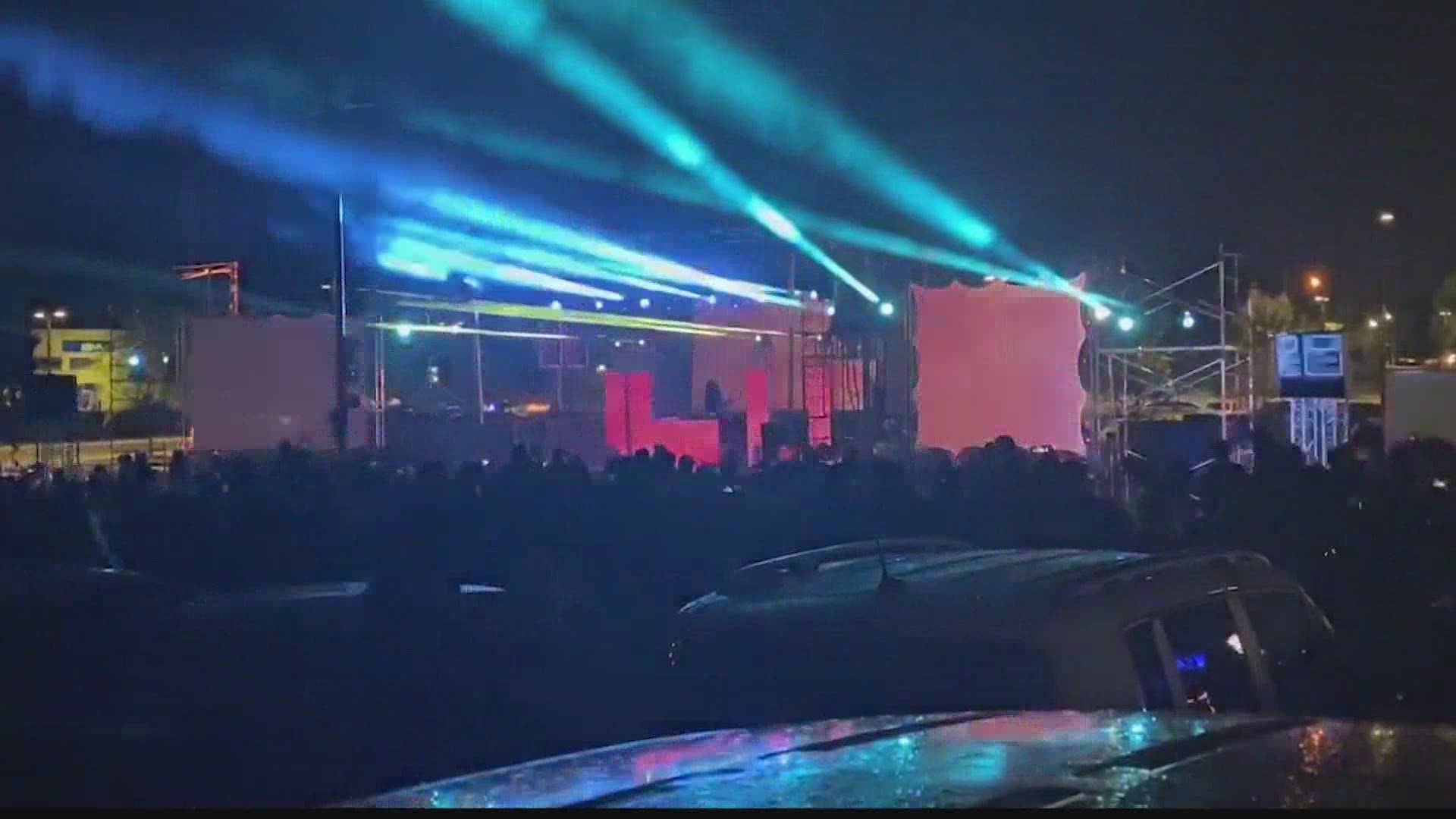 HUNTSVILLE, Alabama — Many people in Huntsville are being kept up at night some weekends due to loud noise coming from MidCity District.

Some nearby residents say even after filing complaints, the noise hasn't gone away. They say the noise is coming from late night raves being held at MidCity.

Huntsville Resident, Lori Cummings, said, "We're at the Villas at Research Park which is just on the other side of Target, and it's just annoying and like I said it's hard to sleep. You can't sleep because it just goes on and on."

An EDM drive-in rave was held in September and again on October 10th at MidCity District. People who live nearby took to Nextdoor saying the noise shook their homes and rattled their windows until 1:00 am.

"I think if it was music, we could tolerate it more, but it's just a low frequency and it's not really music," said Cummings. "It's just kind of hard to do. You just can't escape it."

For commercial spaces in Huntsville, the decibel limit is 62.

Lindsey Pattillo Keane with RCP Companies said, "Electronic dance music where the bass is really a part of the experience, and unfortunately, decibels are what are measured in most noise complaints and bass really isn't registering on decibels so it's hard for us to gauge what's too loud and what's too soft, but our biggest gauge is hearing from the neighbors."

RCP Companies, the MidCity developer, is working with the rave event hosts to come up with a plan to reduce the sound.

"It's for our whole community to enjoy, not to disrupt," said Pattillo Keane. "We're looking forward to moving forward and hosting good things and having our neighbors be proud of being a neighbor of MidCity."

They say they will have more information on their plan by Friday.

There is a drive-in movie planned for October 17th at MidCity. They say there will be no DJ and that the event will not be disruptive.

If you have a noise complaint, you can email it to info@midcityhuntsville.com.