A new program in Tennessee has amassed a database of 31,000 cemeteries in the state 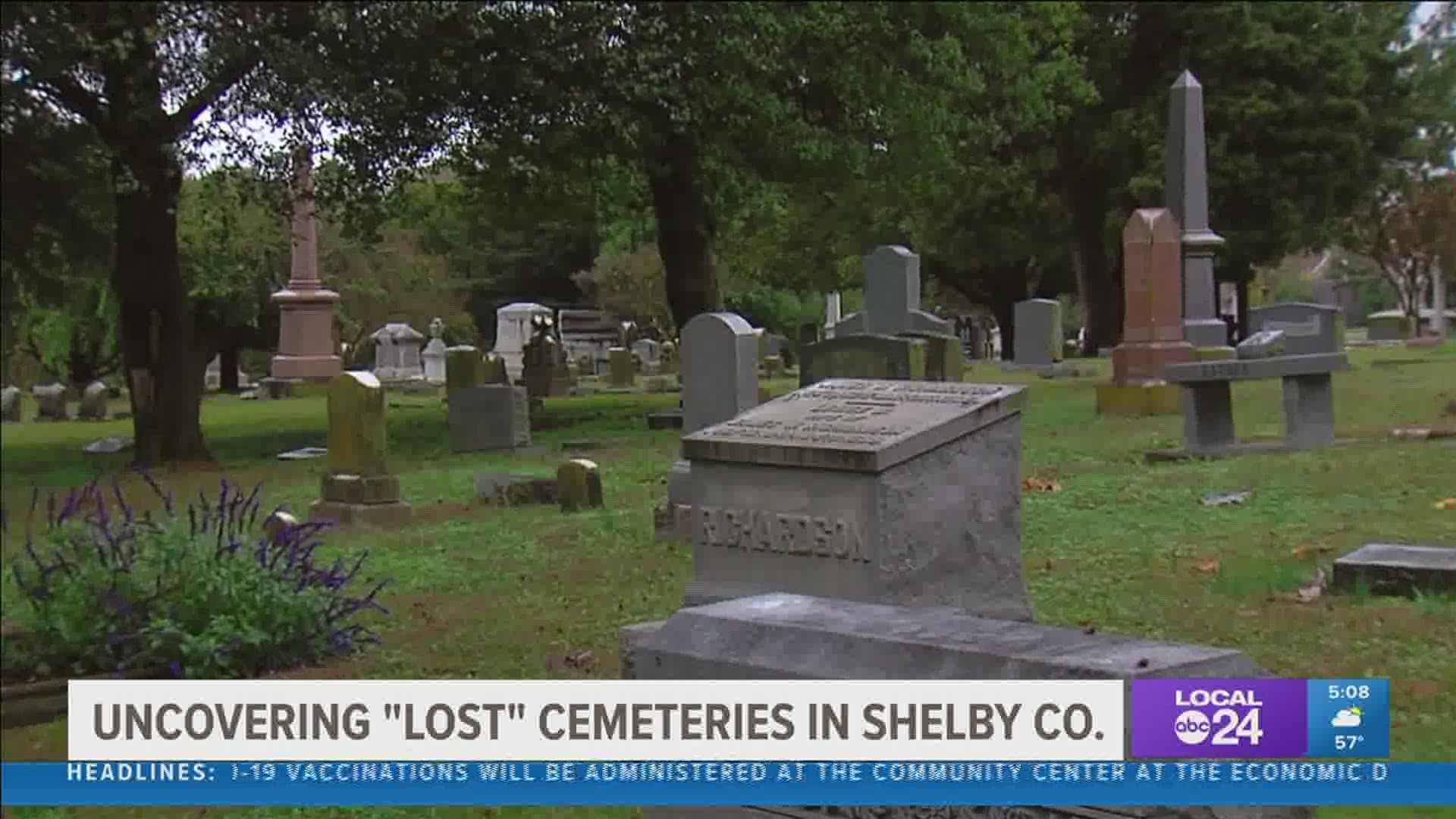 MEMPHIS, Tenn. — There are far fewer cemeteries documented in Shelby County than other large counties in Tennessee, according to a new database being collected by historical preservationists.

In 2018, a new law was passed that led to the creation of the Tennessee Historic Cemetery Preservation Program. Since its creation, more than 31,000 cemeteries have been added to a state database.

“Any down time I may have, I actually spend time working on the state cemetery database," Graham Perry said, a cemetery preservation program specialist who oversees the state program.

Perry's role is to help connect people with resources on preserving cemeteries but there wasn't a database that fully accounted for known graveyards in the state until he compiled one.

He believes Shelby County has even more cemeteries waiting to be unearthed.

“Shelby County I’ve only got 302 of record and that poses the question, why does Davidson have 545 and Shelby County only has 302?" he said.

Coriana Close knows first hand how difficult it is to track down cemeteries in Shelby County. Close, who is a University of Memphis Associate Professor of Art, photographed abandoned and neglected cemeteries for a past research project on African-American history in Memphis.

“I started finding notes on cemeteries and after I had been to like the third cemetery that wasn’t on the map, I realized that this is a bigger problem," Close said.

The project entitled Sacred to the Memory showed Close there were more than 100 abandoned cemeteries in the county.

On #GoodDayMemphis.. efforts by Tennessee to document and preserve cemeteries especially in Shelby County which has far fewer documented cemeteries than other counties pic.twitter.com/ZSonE3e2Sx

Perry said many cemeteries have become lost and forgotten over the years, including post-Civil War African-American cemeteries.

Close and Perry have connected over each others findings on documenting cemeteries in Shelby County and more work is ongoing to find more. Close said just recently a woman reached out to them with information on a cemetery neither had been aware of.

People with information on cemeteries that may not be documented should email Graham Perry at Graham.Perry@tn.gov.