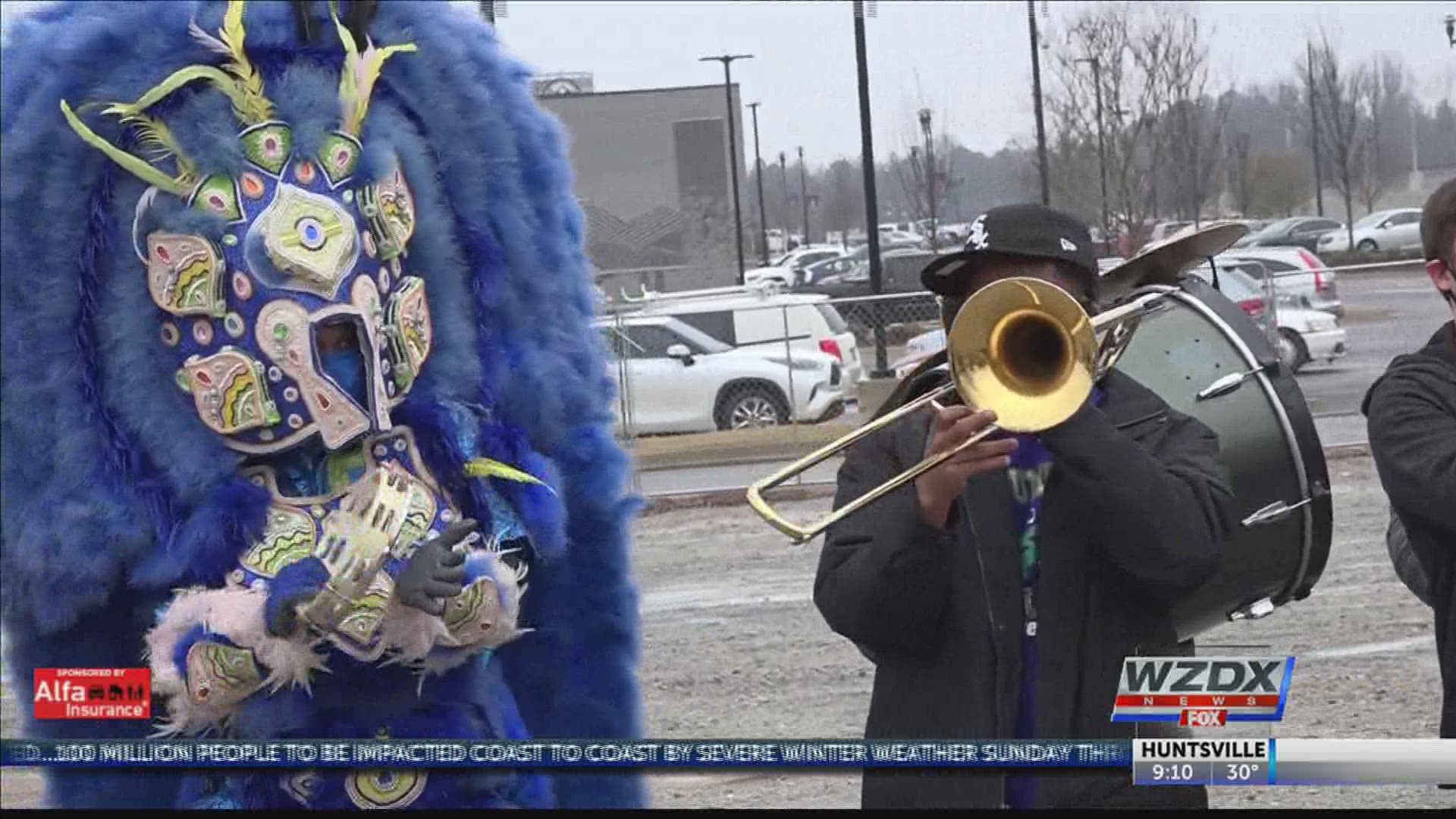 HUNTSVILLE, Ala — Mardi Gras came to Huntsville! But, things looked a lot different this year during the pandemic.

This year, masks were required, and teams of workers were going around sanitizing surfaces, encouraging distancing, and ensuring people were wearing their masks.

Crews spent Friday afternoon setting up a stage in the MidCity parking lot for the concerts. We asked how they’ll enforce social distancing during the performances. Cody Morgan, with MidCity, told us that temperature checks prior to entering, mandatory masks, and floor markers in the concert area to facilitate social distancing were required.

Morgan says, “We’re going to keep everybody in our socially distanced circles and spools. We’ll have circles that fit two to three people and then a little bit of a larger circle that can fit anywhere from four to six people.”

The headlining band was Cha Wa. The band is Grammy-nominated and just last week, they were on Good Morning America, but today, they brought Bourbon Street to the Rocket City.

They haven't performed since last March because of the pandemic and we caught up with them. They say they are excited that they got to jam out here in Huntsville.

"Not being able to do what you love to do, like all of us up here are musicians at heart so, whenever we have a chance to get on the stage and perform and you know, do what we love, it's great, and when that's taken away, it's kinda like a fish out of water, you know? So, it just feels good to be back, able to swim so to speak, you know," said Cha Wa band member.

They played a couple of songs off that album for the first time at the Mardi Gras event.

Everything kicked off with the first performance starting Saturday at 11 am.

RELATED: Nearby residents say noise from MidCity is keeping them up at night