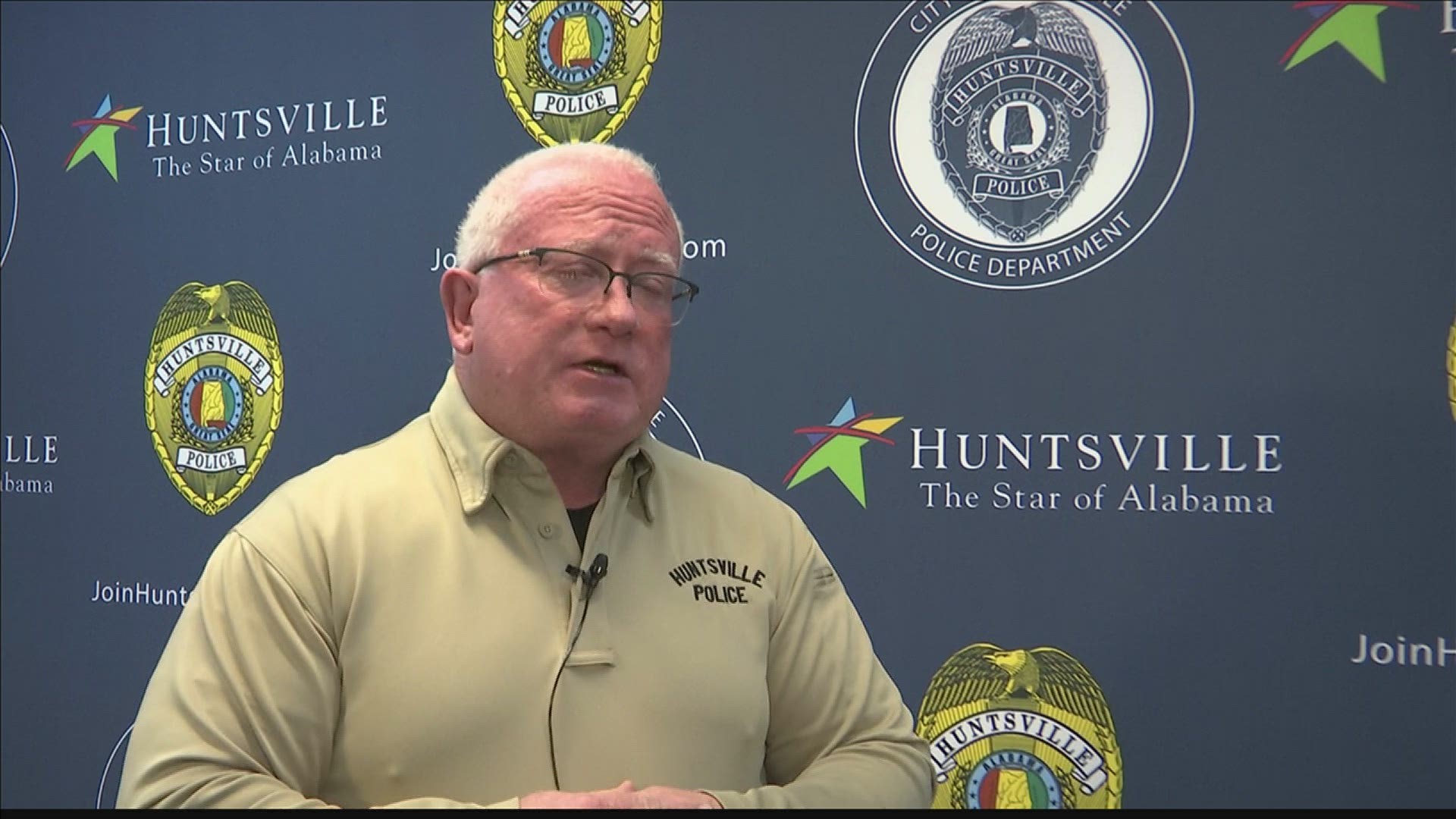 HUNTSVILLE, Ala — About ten percent of 9-1-1 calls across the country involve mental health situations. In a lot of cases, officers aren’t trained or equipped to safely handle those situations.

Huntsville Police Department representatives say they're taking some steps to try to equip officers to handle these calls the best way they can, and get people the help they need from professionals on site.

We got an inside look for this week’s ‘Mental Health Monday’.

We met with Officer Johnny Hollingsworth at Huntsville Police Department headquarters. He tells our reporter,  “The reality is that if you require every officer to do every job on your police force, that is a goal that they just can’t fulfil. If you have a love for kicking in doors and being a SWAT guy, be a SWAT guy. If you want to chase drugs, be a STAC guy. If you want to help people with mental illness, then you come to the CIT.”

Officer Johnny Hollingsworth is the Training Coordinator for mental health officers and Crisis Intervention Team (CIT) officers with the Huntsville Police Department. He tells us about the training some officers go through to become CIT certified. Hollingsworth says, “Over a 40 hour period, we have approximately 26 different blocks of training. Each one is specialized. Whether it’s on suicides, schizophrenia, mood…”

Officer Hollingsworth brings in experts from local groups to speak with officers and better prepare to them handle calls involving people with mental illnesses. He tells us people from groups like, “NAMI Alabama, NAMI Huntsville, WellStone and different organizations...” volunteer their time.

Hollingsworth tells us the training is ongoing. He says, “We’re looking at having I think 30 percent of our patrol certified as CIT officers. They will continue to go through more education over the years because we require them to go through three training phases after they go through the first 40 hours each year.”

We’re told the rest of the department gets mental health training too, so they can identify cases and call a crisis intervention officer for help. Officer Hollingsworth explains, “Chief McMurray wants them to go through a 16 hour introductory to mental illness and introduction to CIT. They do learn de-escalation skills. But, what this does is give them the tools to calm everything down, realize that they’re dealing with something that is mental illness and have the time to bring a CIT officer over there.”

He tells us this new training and additional resources will give officers more options in ensuring mentally ill people in custody get the care they need and deserve immediately. Hollingsworth says, “Before, we either carried you to the jail, or we carried you to the hospital, or we left you there. Now, we’re seeing ways and developing partnerships where ‘Hey, I can bring somebody else over here. I can make a phone call and get somebody else to help these individuals.”

Officer Hollingsworth tells us, HPD  has been working on improving the way it handles mental illness situations since around 2004. But, the Department of Justice Valor Grant has helped them move much farther ahead with big plans for the future. Hollingsworth says, “Currently, after 5:00 Monday through Friday, our resources are very limited. Reality is, our main resources are going to be the Huntsville E.R. or the jail... Unfortunately, if you’re talking about suicide, if you’re being helped at an E.R., where you have trauma patients coming in, that’s going to upset you.”

Hollingsworth tells us one thing the department is looking forward to is the development of the new receiving center. He says, “We’ve been working with WellStone and here recently, we were one of three in the state to get a receiving center. Also, one of the things WellStone has done is they’ve helped us develop a telecommunication system. They have clinicians that can skype with certain ones of our CIT officers.”

Officers can get real-time advice in the field and let people speak to clinicians on site. We’re told, these resources are bringing the department closer to being able to serve all citizens the best way officers can. Hollingsworth tells our reporter, “It is the ultimate at community policing. Our department has always always looked at community policing as the standard… And, we don’t know everything. We need to hear the community. We need to know what they need. Not what we think they need, but what they need. And if we can give it to them, we should.”

To reach out to Officer Hollingsworth and the HPD Crisis Intervention Team, email them at hpdcit@huntsvilleal.gov

RELATED: Mental Health Monday: How to talk about mental health with people you love

Local and national help is for people struggling with mental health issues or who may be contemplating suicide. If you’re thinking about suicide, are worried about a friend or loved one, or would like emotional support, help is available by phone, text, or chat.