Mowing lawns is hard work. But, for those who are disabled, or elderly, it’s nearly impossible. That’s where Rodney Smith Jr. steps in. He founded Raising Men L... 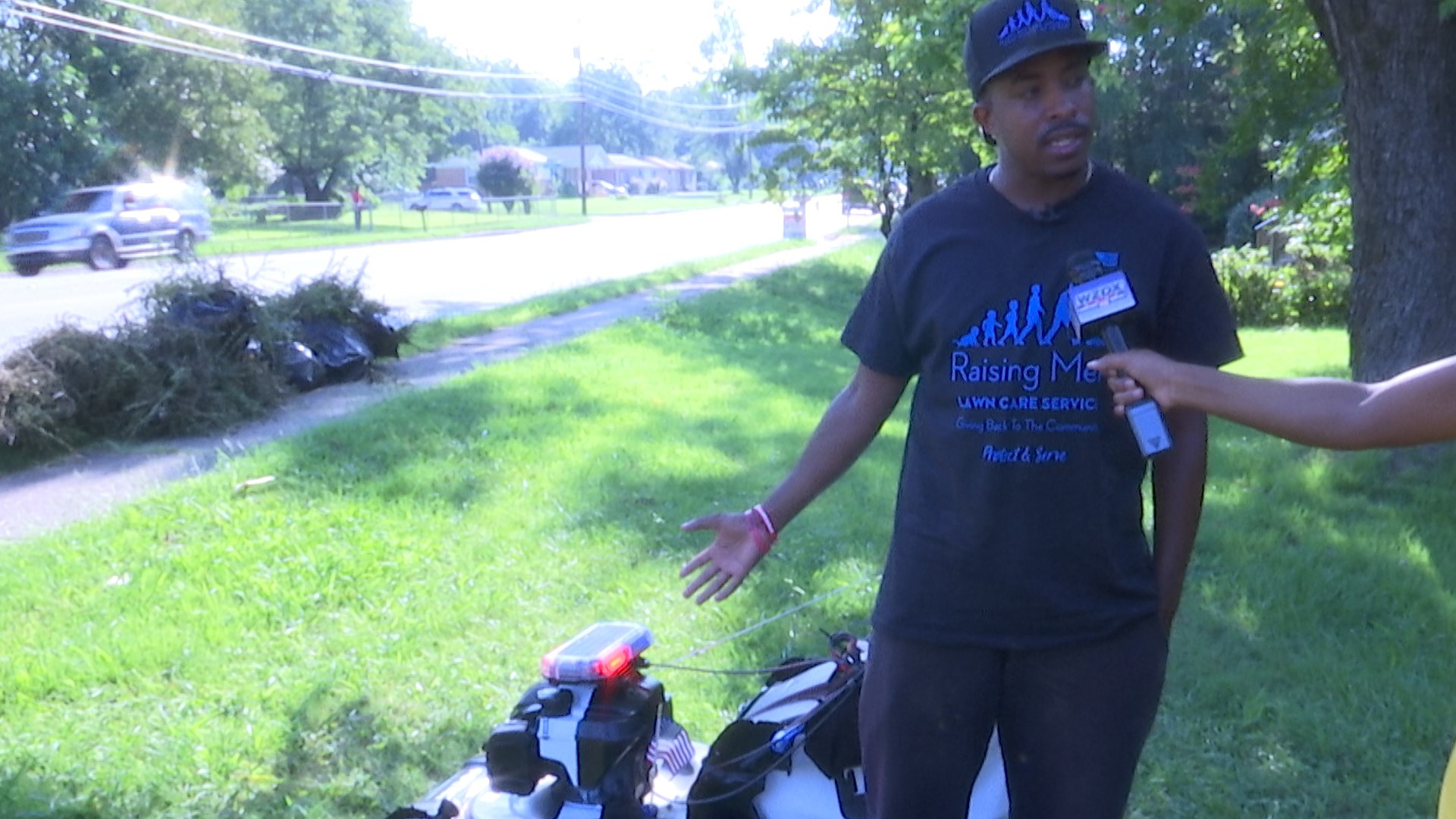 Mowing lawns is hard work. But, for those who are disabled, or elderly, it’s nearly impossible. That’s where Rodney Smith Jr. steps in. He founded Raising Men Lawn Care Service after he noticed an elderly man struggling to cut his lawn in 2015. Now, he travels across the country mowing lawns in all 50 states for disabled community members, veterans, single mothers, and the elderly. He’s completed this journey, not once, but five times already!

Today, the Huntsville native kicked off his sixth country-wide tour right here in his hometown. This time around, he’s focusing on bridging the gap between police officers and the communities they serve. Smith invites law enforcement officers in each city to come out and help him mow lawns. He hopes that this will help shed light on many issues that are affecting the relationship between police and civilians in the United States.

Smith says “A lot of people distrust the police, and I want people to know that the officers are there to protect and serve their communities.”

Some of Huntsville Police Department’s officers came out to lend a hand. Officer Thomas Kelly said he couldn’t wait to meet the man that was going about making a difference in such a unique way.

Officer Kelly says, “I think we need that gap (between law enforcement and the community) bridged desperately, because of things that are happening around the world… It’s great what he’s doing. I think it’s a great idea. I think it’s a great tool, not even just to bridge the gap but to help with the youth.”

And Rodney Smith Jr. is doing just that. He says one of the most rewarding parts of doing what he does is inspiring other kids to get out and do the same in their own neighborhoods.  Raising Men Lawn Care Service now has 8 chapters established and over 500 kids mowing lawns in their communities around the world.

Smith says “It gets them to put down the video games and get outside and do something positive in the community… and we’re growing… we have up to 25,000 lawns to be mowed for free.”

Smith’s next stop is Apopka, Florida. You can keep up with his tour and support him along the way.