Inmates will be offered the Johnson & Johnson or Moderna vaccine. They can choose which they prefer. 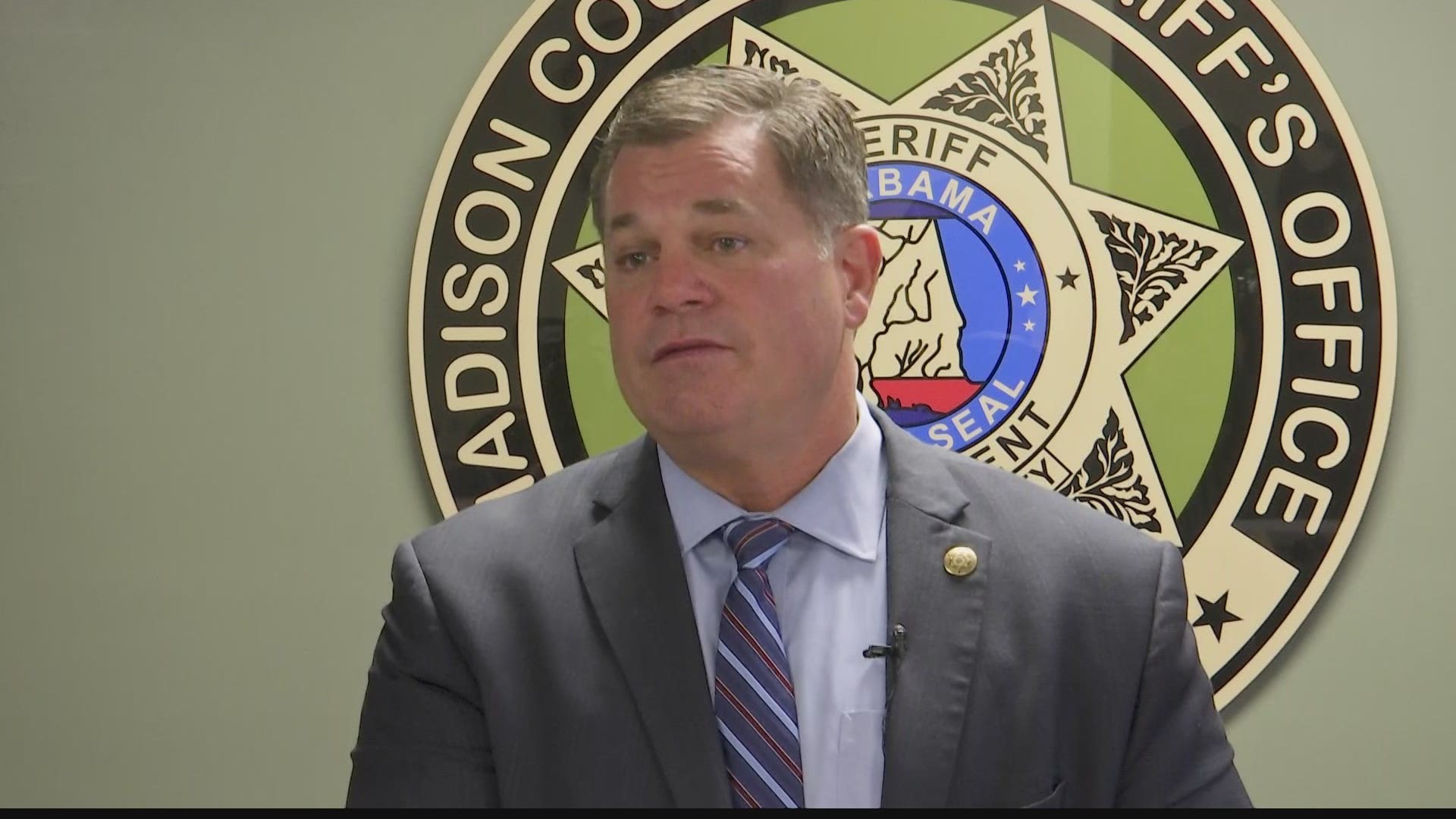 HUNTSVILLE, Alabama — Inmates at the Madison County Jail will have the chance to be vaccinated for COVID-19 on Friday.

As of Thursday, only 10% of the inmates have requested the COVID vaccine. Sheriff Kevin Turner says he hopes more people chose to get it and is asking family members to encourage inmates to be vaccinated.

"The ones that don't want the vaccine or say they don't want the vaccine, I would love for the families to talk to them," said Sheriff Turner. "I understand each persons prerogative. I understand it's their choice not to have it if they don't want it, if they do, whatever, but in their environment especially if there is any chance they have to go to the Department of Corrections, I think this is a good move to make sure they're safe in their travels ahead."

Inmates will be offered the Johnson & Johnson or Moderna vaccine. They can chose which they prefer. National Guard medical staff and the Alabama Department of Public Health will be giving the shots.

Sheriff Turner says there are no repercussions if an inmate decides against getting the vaccine.

Although COVID vaccines have been available to all adults in Alabama for nearly two months, the Sheriff's Office says they haven't been able to offer a vaccine clinic yet due to the large number of inmates in the jail.

"It's just timing," said Sheriff Turner. "If you've seen our facility, we have the largest, probably the largest under one roof facility in the state. I mean, our county jail is larger than some prisons."

As of Thursday morning, there are 1,038 inmates in the jail.

They have been able to keep positive case numbers low in the Madison County Jail. Since the pandemic, thirteen inmates have tested positive for the virus. None have died.

"Everybody in the jail stepped up," said Sheriff Turner. "Not only the Chief and the Captain, but the sergeants, the lieutenants, the DO's that work the facility, they have really taken pride in what they're doing and trying to make sure everyone in that building is safe."

The Sheriff's Office says they are keeping their mitigation efforts in place for now, including masking, thorough cleaning, and fourteen day quarantines when inmates are booked into the jail.

Sheriff Turner says they hope to reopen the jail for visitation and allow for work release to start back in the next couple months.