Local schools will go 'virtual' in August. Officials had to look at our county's progress in the fight against COVID-19, and apparently we still have far to go. 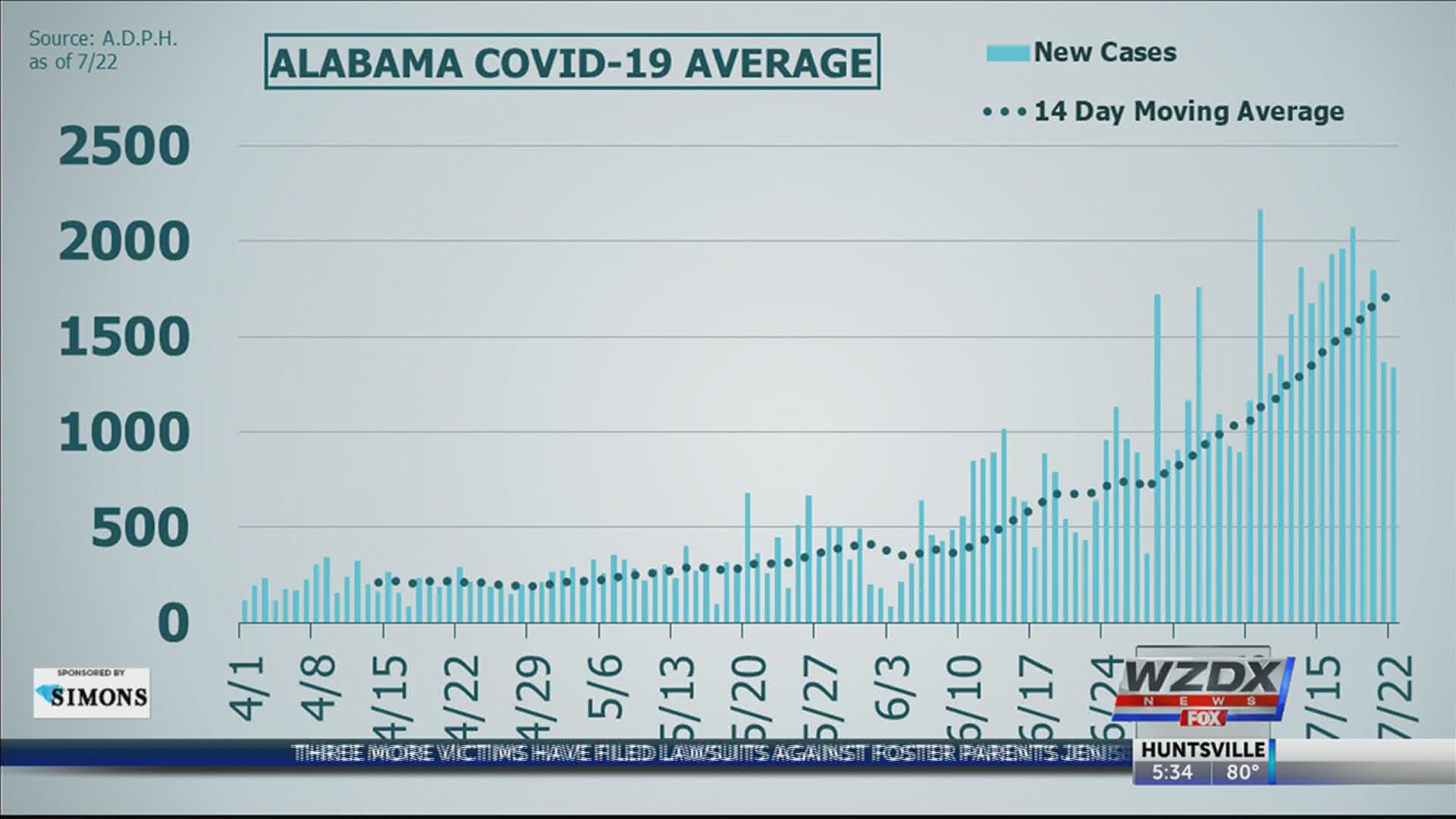 The decision for local schools to conduct the first nine weeks of school completely online came as a result of much consideration. Officials had to look at our county’s progress in the fight against COVID-19, and apparently we still have a long way to go.

WATCH: KIDS STILL NEED THEIR VACCINES DURING THE PANDEMIC: HERE'S WHY

Well, why? Dr. Hudson says the 4th of July holiday weekend and business re-openings are starting to come back to haunt us. She adds, “Two thirds of all the cases we had since March  are from the last 2-3 weeks.”

Huntsville Mayor Tommy Battle chimes in to review some statistics and notes,  “The start of July to July 22; we went from 1,057 to 3,741 cases. That suggests that it’s very easy to have spikes."

WATCH: DO YOU NEED ASSISTANCE PAYING YOUR UTILITY BILL DURING THE PANDEMIC?

With the county marked as a “very high risk” zone in the state, and the recent jumps in numbers, Madison County, Huntsville City and Madison City Schools have decided to start off the school year-- virtually.

Dr. Hudson says, “For our community, we’re trying to, as Mayor Battle says, ‘knock down the spike’... To try to start a school year in a spike, would be very tricky.”

Mayor Battle says, “We’re adapting to the conditions that are out there.”

He adds that's its also important to make the right decision regarding schools initially, instead of having to backtrack after deciding to reopen too early.

Mayor Battle says, "The first time we drop everyone off and then we have a spike-- we have a cluster spike in a school-- we're going to lose the confidence of the public on how we can safely educate our children. And safely educate is the key to it."

We're told the federal task force-- C.R.A.F.T--  that was in town to investigate our recent spikes in COVID-19 cases, has sent some feedback. It involves new statistics, encouraging better communication about COVID-19 and even some suggestions for schools if/when they do reopen.

Jeff Birdwell, of Huntsville Madison County EMA says, “Bringing the kids in in a certain way. Conducting traffic at least as far as the schools are concerned in a more socially distanced way.”

And reminds you to maintain your other health needs-- and especially those of young children. She adds, “Immunizations-- Don’t delay immunizations.”