Our team caught up with Madison County Probate Judge Frank Barger. He tells us that things went smoothly. But, there are always lessons to be learned. 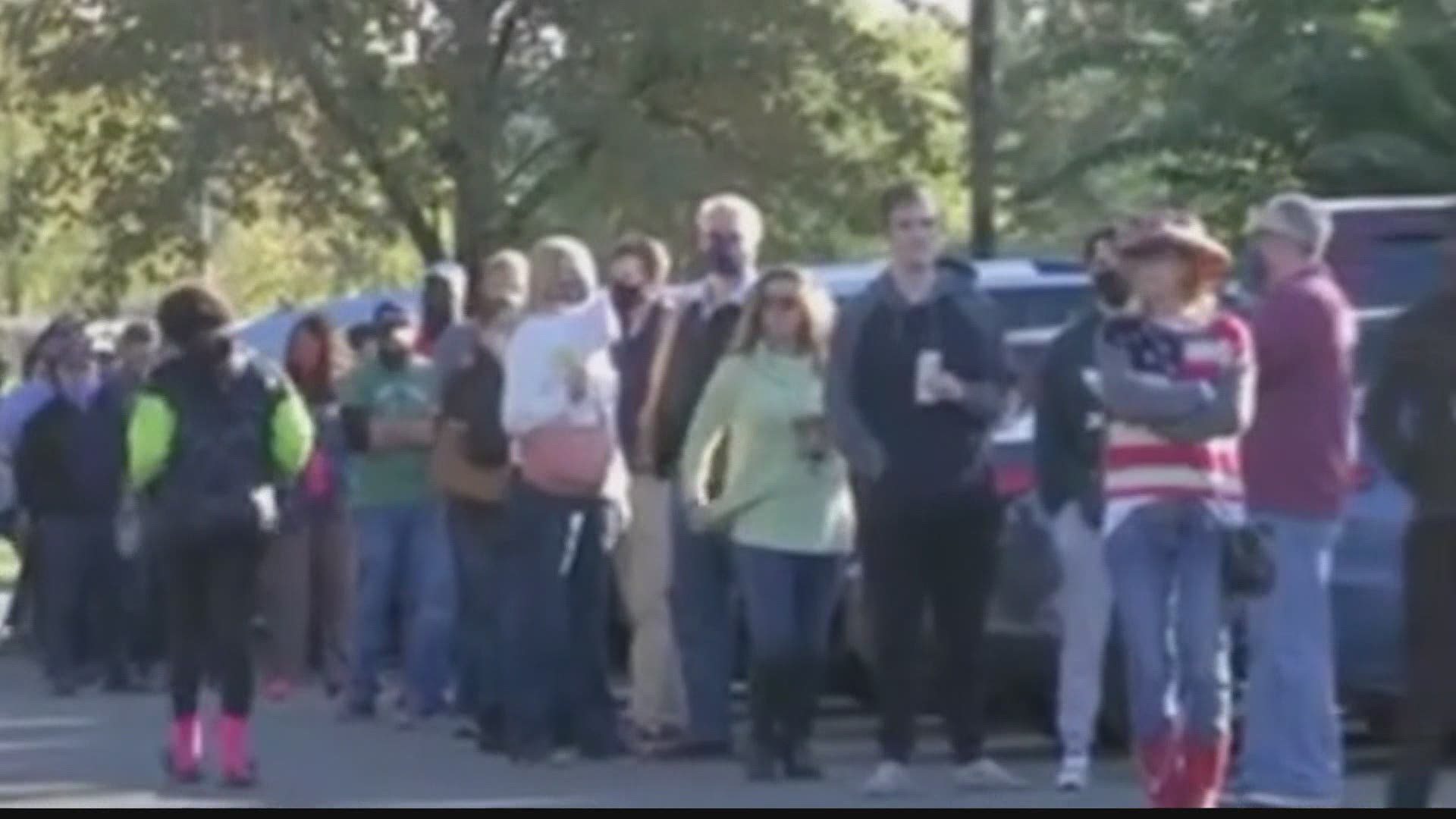 HUNTSVILLE, Ala — We had over 300,000 registered voters in Madison County at the time of the 2020 election. But how did things look at the polls? Our team caught up with Madison County Probate Judge Frank Barger. He tells us that things went smoothly. But, there are always lessons to be learned.

Judge Barger says, “We had a great turnout on Tuesday, we were just over 64%... Close to 200,000 registered voters cast their ballots. Procedurally it was a great day. We did have lines, long lines in some locations that lasted a majority of the day. But, that’s not unusual in a general election.”

Votes are still being tallied in some counties and states, but Judge Barger says that’s not the case in Madison County. He adds, “All the absentee ballots have been counted and recorded the night of the election. Those results-- I can’t remember the exact number-- but, those results are on MadisonCountyVotes.com.”

Judge Barger says, local leaders will pay close attention to any complaints or issues they observed. Most comments were related to wait times at the polls. Judge Barger says, “One location at a matter of fact, we had a crowd of over 1,000 people waiting in line before they opened at 7. It’s hard to overcome that crowd quickly. It’s hard to get over that hump and maintain it, and that happened at several locations.”

There is talk by leaders like former Senator Doug Jones calling for Alabama to establish an “early voting” system. He mentioned this in an interview with a Birmingham station prior to election day. Judge Barger says, “As a sitting judge and as your elections official for the county, I don’t talk about legislation or what I think… But, I will say this, if we see a legislative change that puts early voting in place or changes the voting process, this office will be well prepared to deliver it-- based on what the law directs us to do.”

With Madison County growing, we could see some changes. Judge Barger explains, “As a result of the 2020 census, we’ll be reviewing all polling locations. We will be reviewing all precinct lines and so that’s something we’re required to do. So, you’ll likely see some adjustment in regard to the number of registered voters at a precinct. We can address those traffic issues and those wait times better in the future.”

We asked if we could be seeing more polling places pop up.  Judge Barger says, “We will certainly see. We have 72 locations. Once we have a chance to look at the census, we’ll start to work with the county commission. That’s something that will be led by their office. It’s something we will support them on and provide some guidance on.”

Judge Barger says if any polling changes are made as a result of reviewing the 2020 census, voters will be alerted with plenty of time in advance of any upcoming elections.

RELATED: AL Secretary of State: More than 2.3 million Alabamians voted in the election

RELATED: VERIFY: What are provisional ballots?