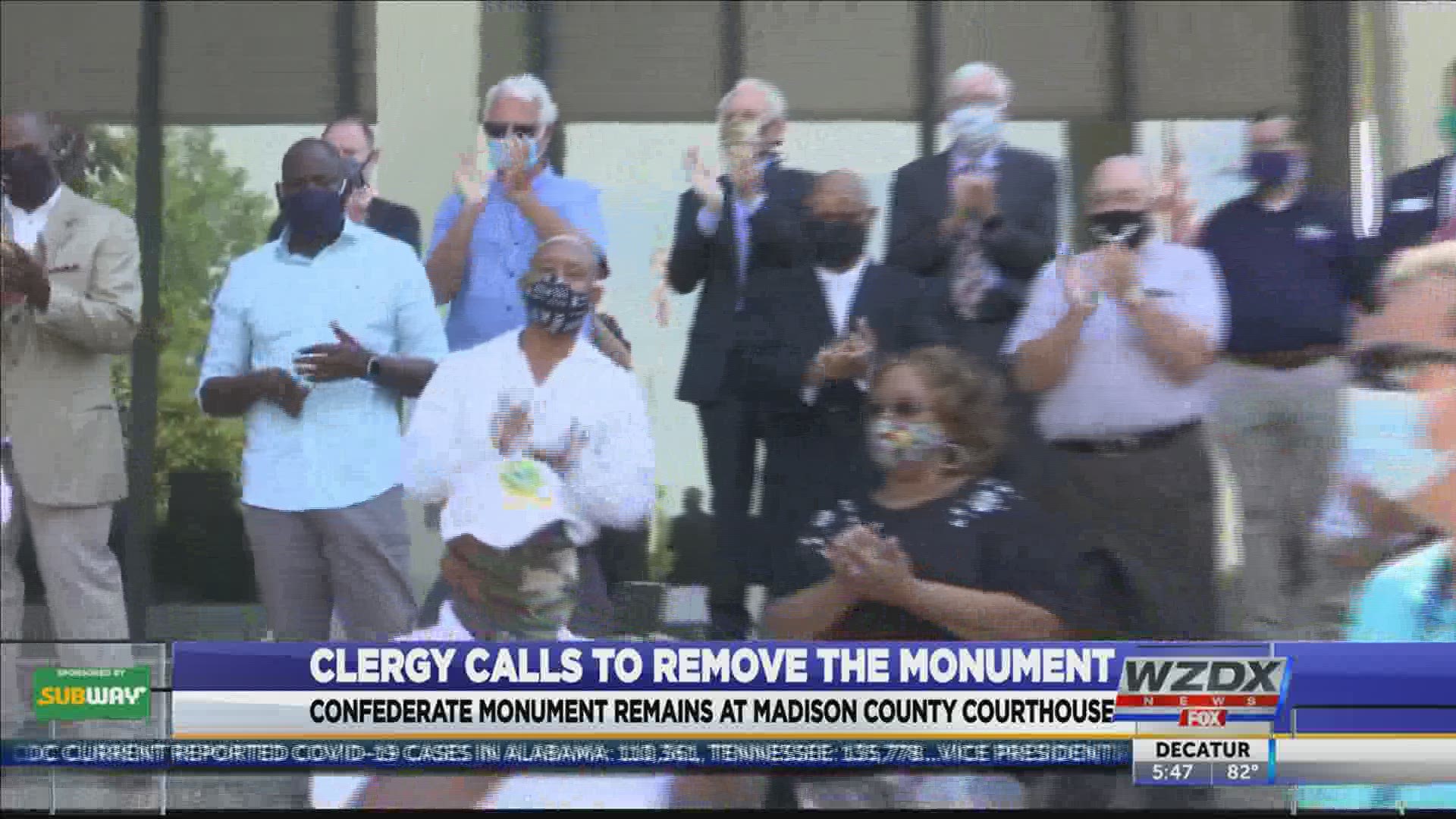 HUNTSVILLE, Ala. — A group of local clergy are calling on Madison County commissioners to remove the Confederate monument in Downtown Huntsville.

Dozens of church leaders met at the steps of the Madison County Courthouse urging leaders to relocate the monument and its marker quickly. The Greater Huntsville Interdenominational Ministerial Fellowship, Inc. (GHIMF, Inc.), North Huntsville Community United for Action (NHCUA), and members of the Southeast Clergy Cluster were present.

The county commission voted unanimously to remove the statue two months ago. However, the 'Memorial Preservation Act of 2017' makes it illegal for one to be taken down if it's 40 years and older.

HAPPENING NOW: ‘Clergy Speak Out’ to move the Confederate monument outside of the Madison County Courthouse.

"You say, well it's illegal. You say you don't want to break the laws. But did you not know that before you voted? So we ask, what's changed? Surely your vote was not 'for smoke and mirrors' sake," says Greater Huntsville Interdenominational Ministerial Fellowship, Inc. President, Rev. Dr. Mitchell Walker, Sr.

The confederate monument was defaced with what appears to be red paint two weeks ago.

Leaders are also asking that county commissioners pass a resolution to donate the monument to the city.