The death of George Floyd has sparked a movement on ending police brutality and excessive force. One debate is to 'defund' local police departments. 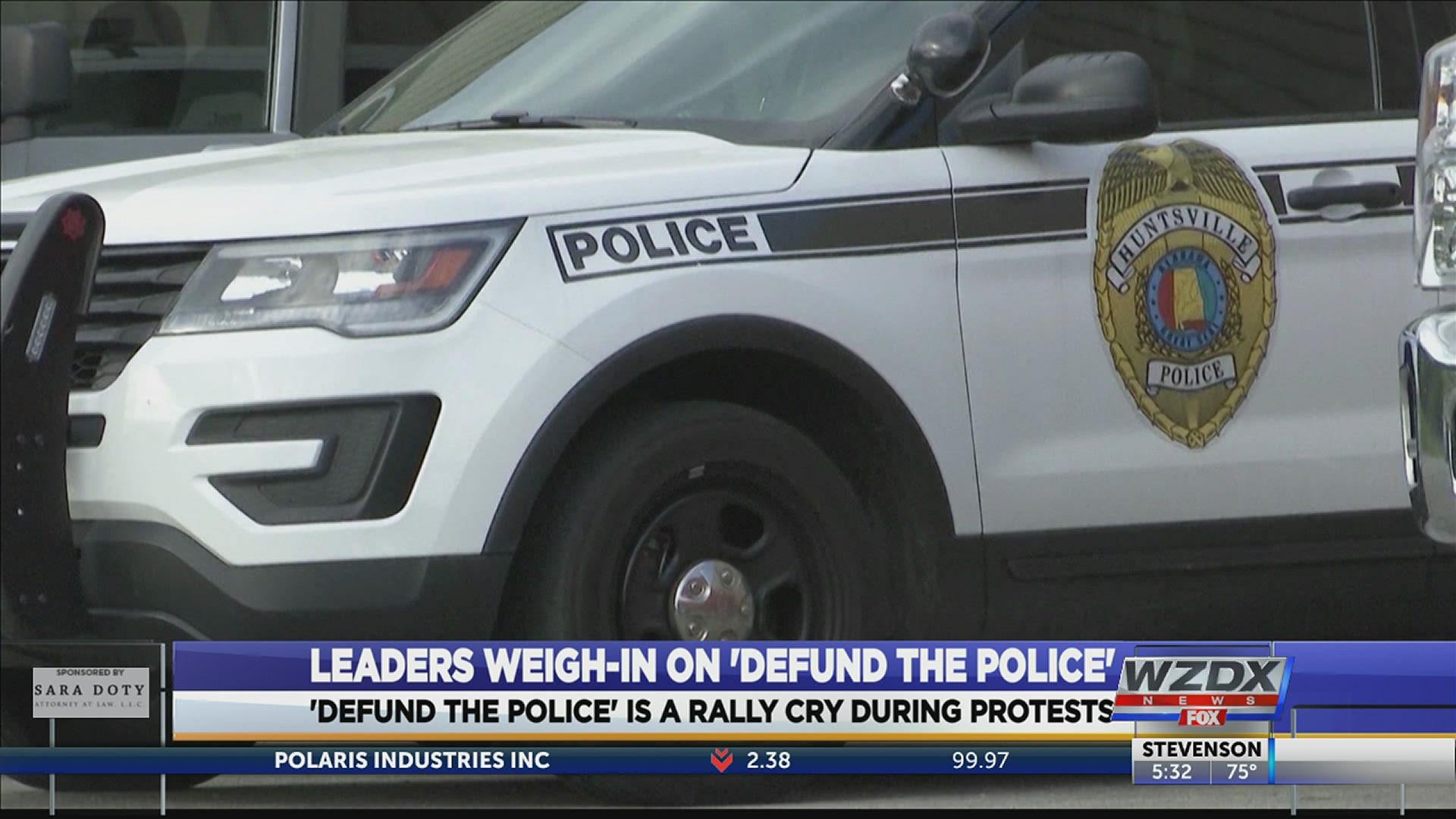 HUNTSVILLE, Ala. — There's been a rally cry to 'defund the police' in the wake of George Floyd and Breonna Taylor. There are many interpretations including using some of those funds to go towards community programs. Here's what local leaders have to say.

"They [police] need funding to operate to do the things that they do. However, but what needs to happen is a re-prioritization of the funding that they receive," says Alabama State Conference NAACP President, Benard Simelton.

Simelton believes the funding for military equipment is not needed. However, if used, police officers should be trained. He also believes money should be invested into sensitivity training.

"When they learn to deal with different cultures, different backgrounds. The way people think, the way people act, they need to be trained on that," says Simelton.

United Women of Color Executive Director, Angela Curry says she's neutral on the matter as she learns more information. However, she believes the community would be safer if healthcare professionals respond to mental health calls.

Curry is also a part of the newly formed group, Citizens Coalition for Criminal Justice Reform.The group has been focused on other matters concerning law enforcement, and isn't able to weigh in on 'defunding' police.

However for now, they are doing their homework.

"We need to make sure that we have a wide enough body of research, and also look at best practices where that would have happened, says Curry.

Last year, about $33 million dollars went toward the Madison County Sheriff's Office, which covered more than half the county's budget.