Local artists set up an installation featuring 17 works of art. 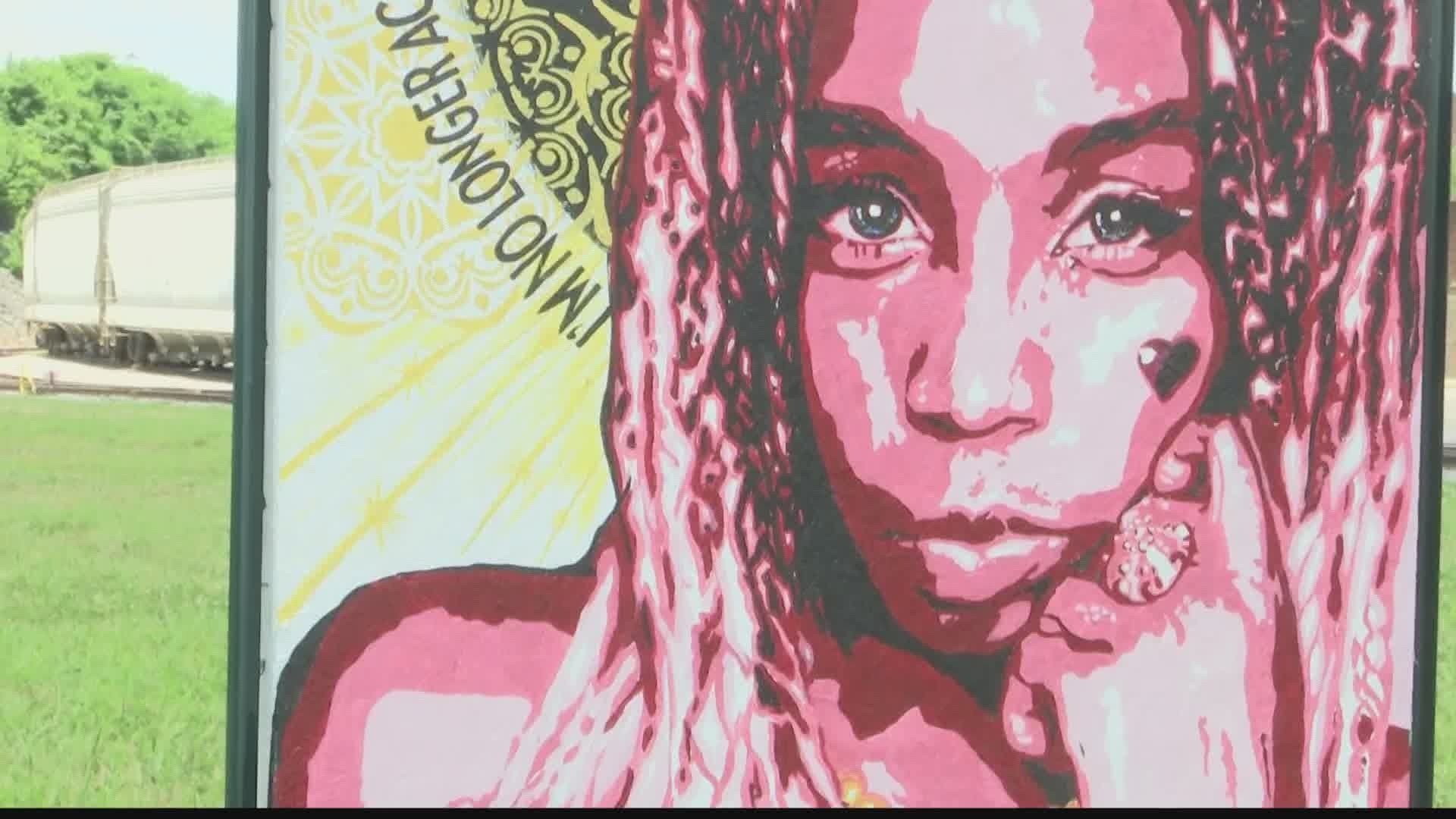 HUNTSVILLE, Ala. — If you've passed by Woodson Street and Clinton Avenue, you may have noticed a powerful installation of artwork. All of them are inspired by the recent unrest across the country.

It's a total of 17 works of art from local artists who have joined what's called the 'Time for aRtEVOLUTION' project.

"Painting this, I wanted to remind everyone that we're all in this together. That this isn't just one person's fight. It isn't just Black people against White people. It's for everybody," says Aleah Hargrove.

Hargrove, 18, is one of the artists whose work is turning heads.

"My uncle asked me to do it. He was like, we want to find pieces that speaks about all the police brutality and all of the protests going on in the world and just want to speak out against it," says Hargrove.

Her uncle, John 'Jahni' Moore, who also submitted a painting, tapped on several local artists to join the cause. Beth Mckay is one of them.

She says Jahni has been a long-time mentor of hers.

"We really only had about 5-6 days to throw all of this together...But I worked on it night and day," says McKay.

The words of the late great Toni Morrison is what inspired her work. "I think it just speaks so much power, because we are all one race. I tried to incorporate all the different skin types, eye color."

"It's through love it's not hate. It's not anything against them. We're just trying to get our voices out there and be heard," added Hargrove.