Living with OCD during the pandemic: Mental Health Monday

Dr. David Barnhart, has treated patients with OCD for decades. He says we have a deeply-rooted misunderstanding of how OCD is expressed. 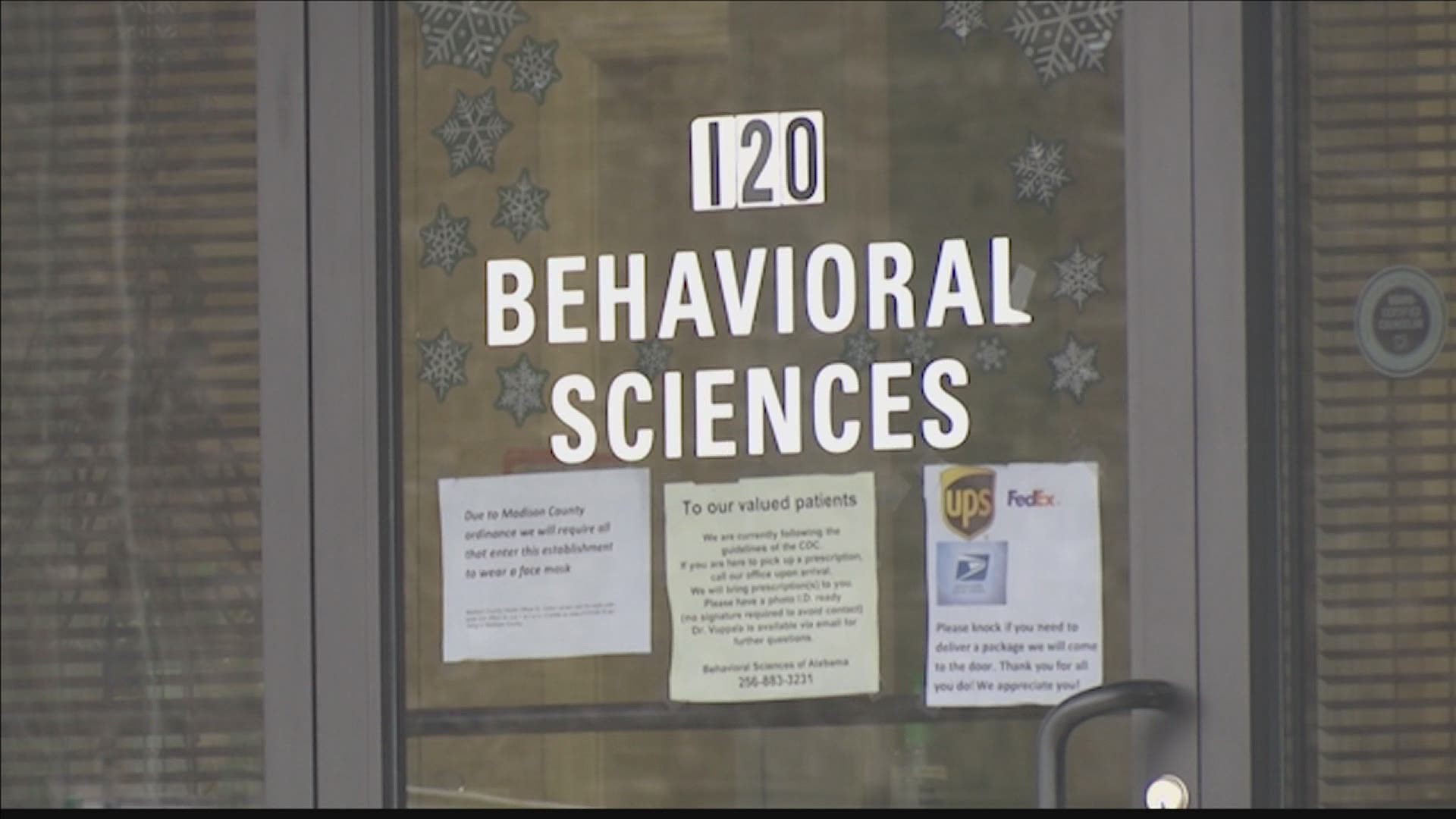 HUNTSVILLE, Ala — The pandemic has intensified symptoms of mental illnesses for people around the world. The times we’re living in are not “normal”.

And for people with Obsessive Compulsive Disorder-- or OCD-- this time can cause their compulsions to go into overdrive.

Our Sydney Stallworth met with an expert who says his clients are feeling the effects.

WATCH: Mental Health Monday: How to talk about mental health with people you love

Dr. David Barnhart of Behavioral Sciences of Alabama says, “We take on a lot of stress under conditions like this, and that exacerbates symptoms some of the other symptoms people might be feeling, like with OCD.”

Therapist and owner of Behavioral Sciences of Alabama, Dr. David Barnhart, has treated patients with OCD for decades. He says we have a deeply-rooted misunderstanding of how OCD is expressed.

Dr. Barnhart says, “We think straightening or cleaning or ordering things. That’s part of it. But, we have an assessment we use that has 59 different examples of how OCD can manifest itself. Sometimes it manifests in related disorders, like skin picking or hair pulling called excoriation disorder or trichotillomania.”

He says, “People don’t get treatment because they don’t know about it. It takes 17 years on average between the time  a person starts showing OCD symptoms to the time they get diagnosed and treated.” He adds, “People say ‘I’m a little OCD’-- they don’t know what they’re talking about.”

Dr. Barnhart says OCD compulsions can take up at least one hour of a person’s day. He tells our reporter, “When we try not to think of something, we think about it. We raise the importance of the thought… Dr. Barnhart adds, “... and then I engage in a compulsive behavior or compulsive thought and there’s a little bit of temporary relief that comes from that. Which causes a chemical release in the brain called dopamine and it strengthens my tendency to engage in the compulsion.”

We're told the pandemic has intensified compulsions for some of his clients.

Dr. Barnhart explains, “OCD is a real trap… It’s the doubting disease.” He adds, “The people that I have been working with [who have] contamination fears or germ-phobia-- those kinds of things. They were, of course, more triggered.”

He says their ‘Exposure and Response Prevention’ treatment helps people name the root of what’s really causing their anxiety, and conquer it by facing it over and over again in different forms, while therapists support them. He says, “75 or 80 percent of the people who are treated are going to have significant improvement.... So, their anxiety will decrease due to repeated exposure.”

The stress of the pandemic can trigger some people and you might find yourself expressing compulsions in ways you never have before. Reach out to a professional for help.

Click here to connect with Behavioral Sciences of Alabama.

Local and national help is for people struggling with mental health issues or who may be contemplating suicide. If you’re thinking about suicide, are worried about a friend or loved one, or would like emotional support, help is available by phone, text, or chat.

RELATED: Trouble sleeping during the pandemic? You’re not alone