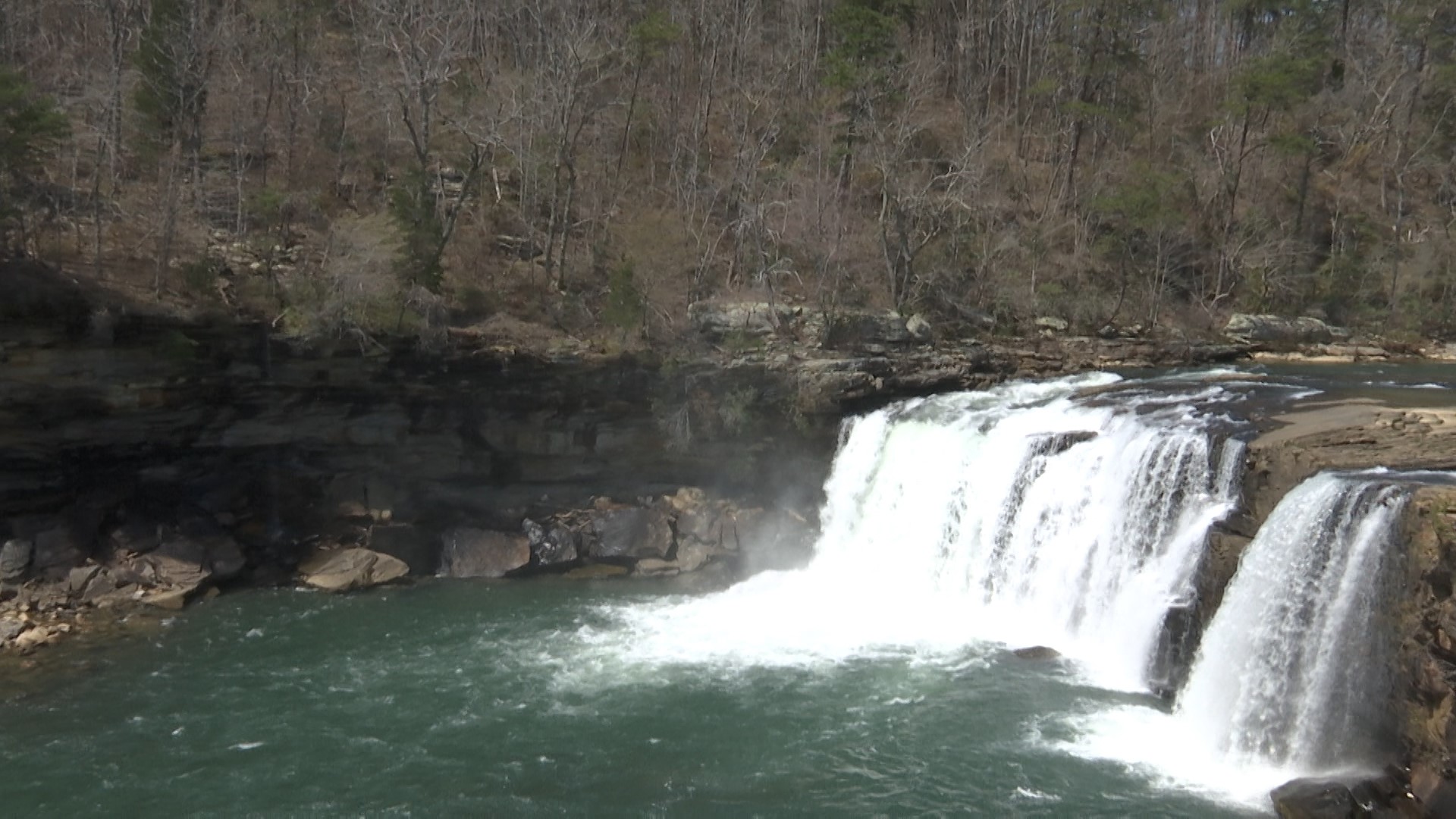 FORT PAYNE, Ala. — One National Reserve in Fort Payne has gotten a lot of attention recently-- and not in a good way. The number of deaths at the park is up. Forbes actually named Little River Canyon as one of the deadliest parks in America.

Our Sydney Stallworth spent the day at the park to talk about safety with rescuers.

Little River Canyon had a record-breaking year last year in visitation. But, with more people-- unfortunately-- comes more accidents. Rangers don’t see things slowing down anytime soon. So, they're trying to remind you how to stay safe.

Little River Canyon was named in the top five ‘Deadliest Parks in America’ by Forbes in 2020, ranked at number five.

In 2019, the park made just four rescues. Last year, that number jumped to 28. Ranger Switzer says, “Below Little River Falls and at Little Falls are by far the heaviest visited in the summertime and so, the most accident-prone…”

Rescuers from ALEA, Fischer Rescue Squad and Fort Payne Fire Department, three of the 18 departments the park calls on for rescues, came to show some safety equipment.

Fort Payne Fire Department says rescues can be much more intense than you may know.

We spoke with Chief Ron Saferite, the Fire Chief of Fort Payne Fire Department. He tells our reporter, “We had one rescue that took days. The water level was so high that we had to leave and come back. That’s the hardest part-- knowing that somebody needs to  be brought out. The physical part of it is unreal. A lot of people don’t realize what goes into it.”

We asked Chief Saferite what the most common reasons they see for rescues. He says, “Kayakers getting stuck or getting out of their boats. We have a lot of civilians who think they can swim and get out here to try it… Broken ankles, broken legs, fall victims, head trauma…”

16 people have died at the national preserve since 2016.

We asked if the property has posted any additional signs or warnings to the public. They haven’t. But, we're told signs have always been posted at main entrances.

Matt Switzer says, “They’re clearly visible. You can’t miss them. It’s a matter of stopping and reading them.”

They're increasing the presence of rangers and volunteers at high risk areas.

Ranger Switzer does have some safety tips. He tells the public, “We see people come walking down in flip flops. They’re hiking down and they’re going to hike down into the canyon wearing flip flops or barefoot. Wear sturdy shoes. There are rocks, tree stumps, there’s always the potential for venomous snakes out there too.”

Rangers say the best way to stay safe is to follow Little River Canyon on social media and look at their website for safety information before coming out to visit.

Responders explain how their equipment assists in making a rescue at Little River Canyon:

The goal of the rescue is to get the patient into the stokes basket as quickly as possible. But, that can take anywhere from 30 minutes to an hour and a half-- maybe even two hours. But, once you are in there. You’ve got to lay down, they’re going to strap you in and you won’t be able to move until you’ve made it back up to the top.

Chief Saferite says, “A five person team on top can have the same strength as a 15 person team just by changing the pulley system.”

He explains, “This is a stokes basket. This is what we package a patient in. Depending on what type of injuries they have, we have to use backboards with them too, to stabilize their neck and spine. They’re placed in this board and they’re laced in with this red webbing we have. They’re laced in to keep then in the basket safe. And as we’re coming up the cliff face with them, we have to have what we call ‘Edge Tenders’ where two more people will put their harnesses on and repel off the side. They’re off the edge. When the basket gets to them, they have to actually physically swing the basket over the edge so this ‘Vortech’ can actually get them over the edge and to the top. So, it’s a combination of a lot of people working together, a lot of physical strength, and a lot of training--training more than anything. And the safety aspect. We want our rescuers to get home without any kind of injuries.”

RELATED: Scams ramp up in Alabama during the pandemic

RELATED: Looking for work? Job fairs are coming to the Tennessee Valley.

RELATED: Are you missing a stimulus payment? IRS agent explains how to get that money

RELATED: Drowning at Little River Canyon over the weekend