A private service for close family and friends was held Wednesday in Huntsville, Alabama. Little Richard, a giant in the music industry, is laid to rest. 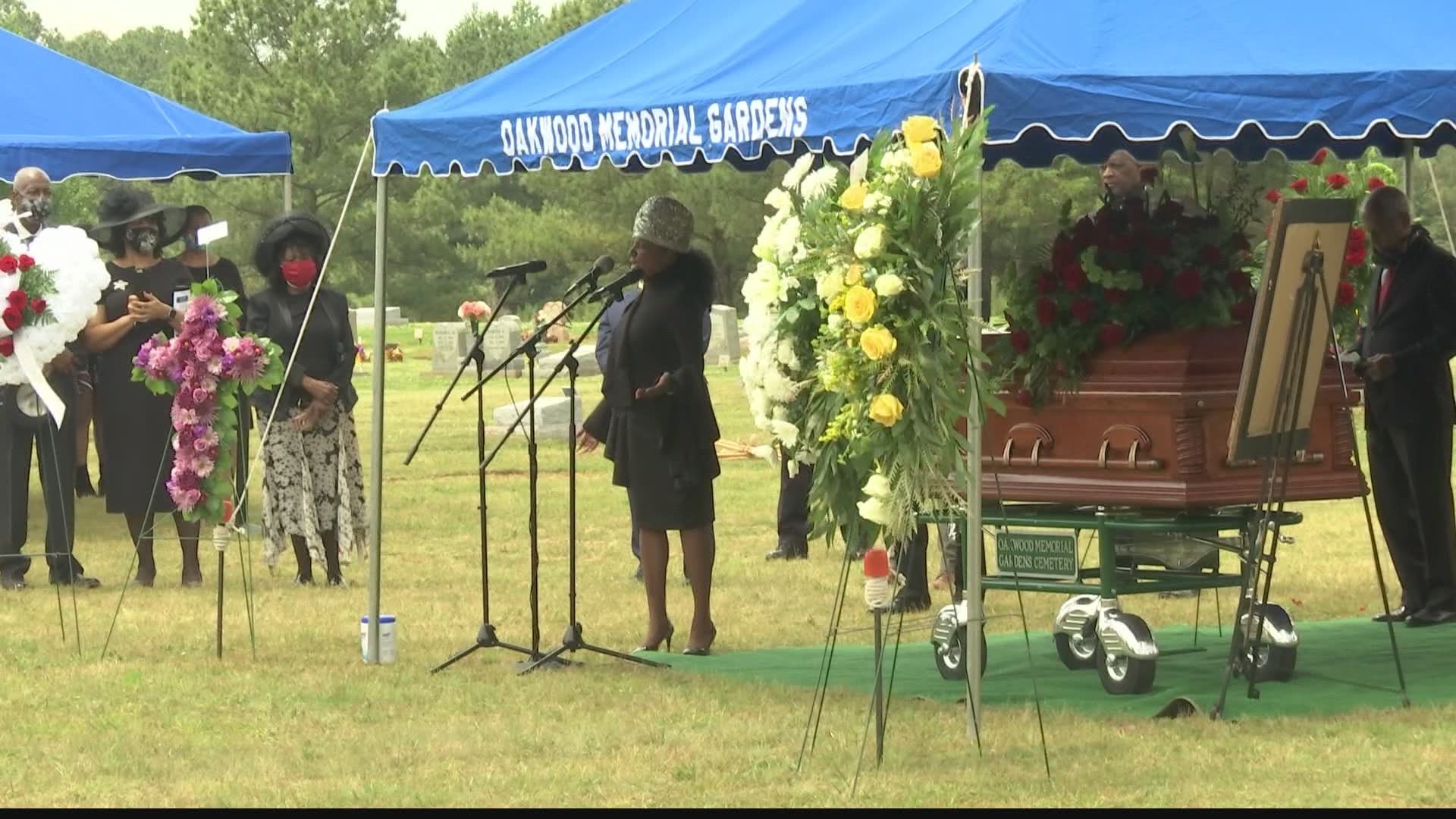 A private service for close family and friends was held Wednesday in Huntsville, Alabama. Little Richard, a giant in the music industry, is laid to rest.

A man of many communities, Richard Wayne Penniman-- a family man, god-fearing servant and beloved leader of the "Little Richard Band" is celebrated.

Band members tell our reporter, "He gifted this whole world full of magic, full of energy, full of music…”

Another band mate agrees and says they know Little Richard would love that his closest friends and family were in attendance for his funeral services. The band member says,, "He also would rather it be a small crowd --like this-- of his real people. As opposed to just a big thing because everyone's just trying to do their thing right?... He was always like that."

A place with more meaning than meets the eye.

We spoke to Oakwood University President Leslie Pollard. He says,  "Right over my shoulder we actually have a historic slave cemetery. So, Richard is being laid to rest in the same place that many of his ancestors are resting."

Those who knew him most can't say enough about Richard's faith.

During the funeral services, one speaker says, "Work hard? Yes. Shine? Yes. But, before becoming a star, the light that shines before men began in the church."

Another preacher during the service says, "Sometimes we would reflect on how good and merciful God had been to the both of us."

Those who love him say they'll keep lifting their voices in his memory.