Rock and Roll legend, Little Richard, will be laid to rest in Huntsville on the campus of Oakwood University on Wednesday. Here's how you can pay your respects. 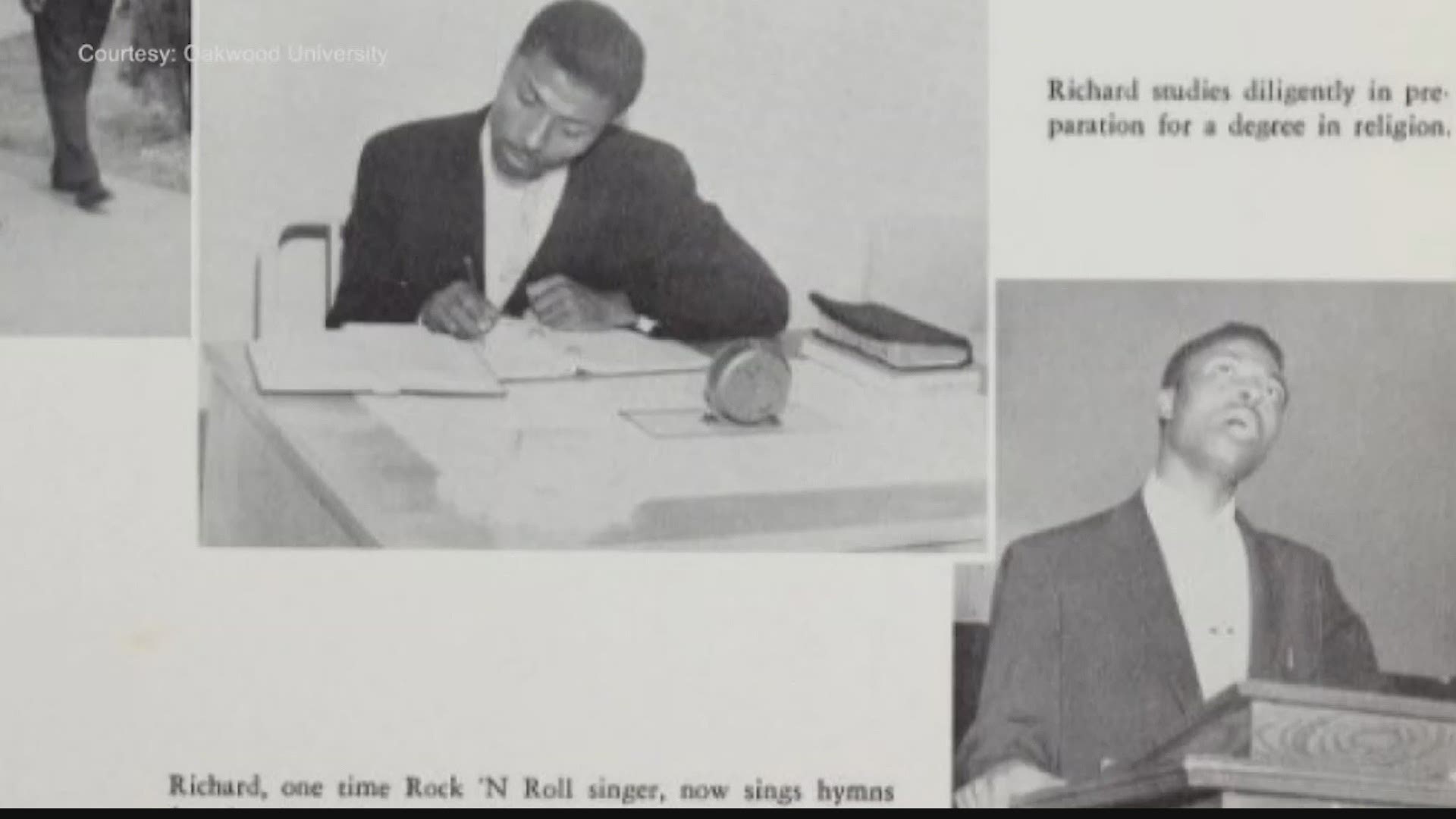 Rock and Roll legend, Little Richard, will be laid to rest on the campus of Oakwood University in Huntsville, Wednesday.

A musical icon, the architect of “Rock and Roll”, a legend…

You may know him as “Little Richard". But, at Oakwood University, he was Richard Wayne Penniman, a dedicated and faith-driven man... and -- in 1957-- a theology student.

We spoke to President Leslie Pollard of Oakwood University. He tells our reporter, “Contrary to the onstage persona, he was very sincere about his walk with God and his desire to be close to God.”

WATCH: LITTLE RICHARD TO BE BURIED AT OAKWOOD UNIVERSITY

His Alma Mater, Oakwood University is preparing for his funeral ceremony. He will be buried Wednesday at Oakwood Memorial Gardens, which is owned by the Historically Black Seventh-day Adventist university.

President Pollard says, “Oakwood was extremely special to Richard. It was a time when he met college friends that were his friends for the rest of his life."

The university says they’re adhering to the family’s wishes regarding the ceremony. The service will not be open to the public.

President Pollard tells our reporter, “They want something very private. And I think the rationale for that is not to deny the public. But, to let the other side of Richard come forward. Which was the more personal-- the brother, the uncle, the father. That side of Richard to come forward.”

But, the public is allowed to view the procession and come to pay their respects to the family.

Here's what you need to know:

The private service will take place at 11 a.m.

Those who wish to express support to the family will be allowed to do so on Adventist Blvd in front of the Oakwood University entrance-- as long as they don't affect the flow of the procession.

Parking should be available in the lot of the Oakwood Farms Market, which also is on Adventist Blvd, and at the Business & Technology Center at the intersection of Wynn Dr. and Adventist Blvd.

The procession will then make the drive of around a mile to the burial ground. No public will be allowed to go past Wynn Drive out of respect of the family’s wishes.

RELATED: 2020 graduates share their senior experience during the pandemic