LCSO said the suspect reached speeds upwards of 120 mph and had forced several vehicles off the road. 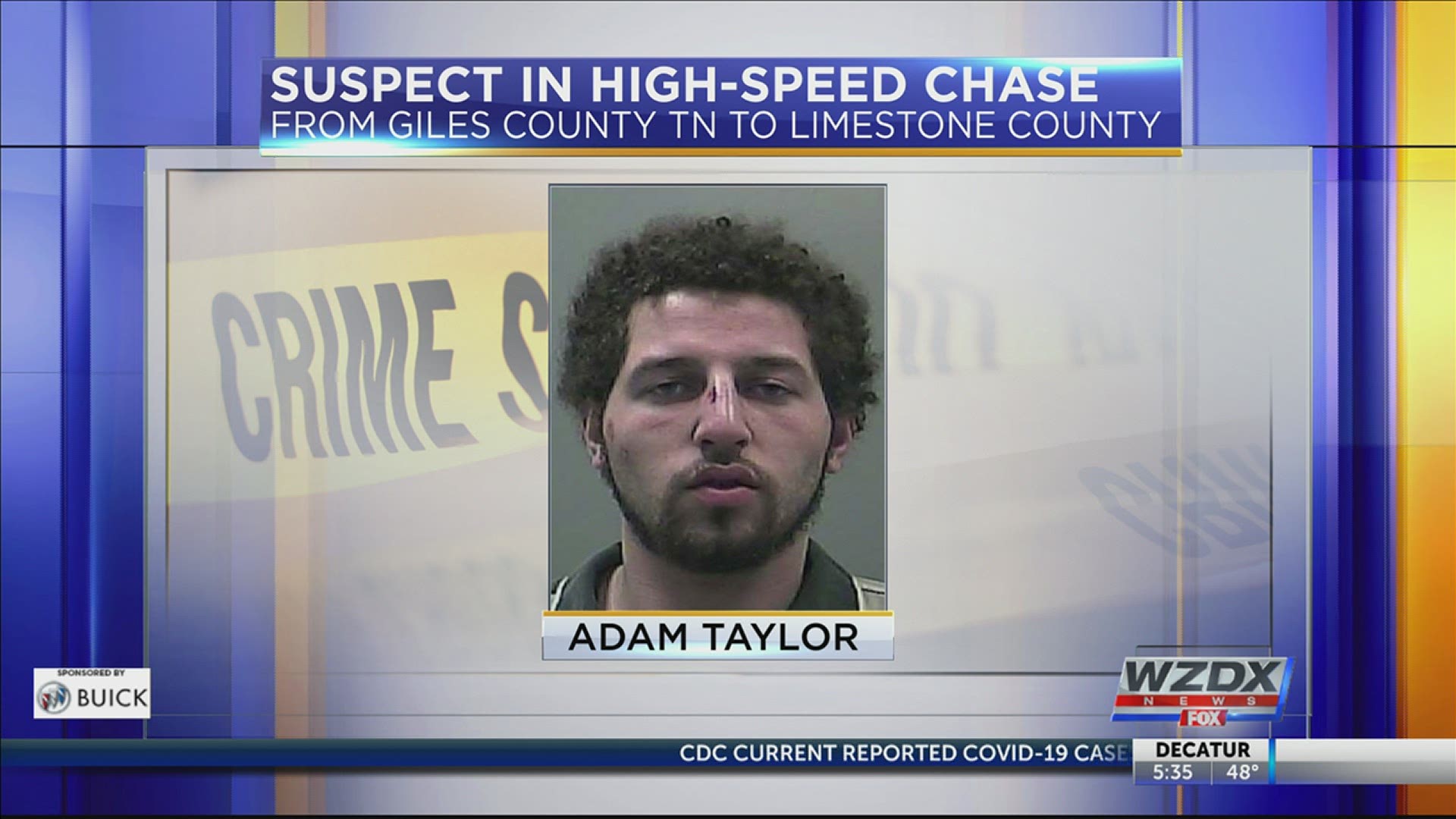 LIMESTONE COUNTY, Ala. — A high-speed police chase that began in Giles County, Tennessee, ended in a head-on collision in Limestone County on Monday, March 1.

LCSO identified the suspect on March 2 as 25-year-old Adam Taylor of Toney, Alabama. Taylor has been charged with attempting to elude, reckless driving and second-degree assault. The sheriff's office said Taylor could face additional charges for a firearm that was recovered from his vehicle. Taylor is also facing additional charges in Giles County.

LCSO said the suspect reached speeds upwards of 120 mph and had forced several vehicles off the road.

The sheriff's office said deputies attempted to set spike at Exit 354. Taylor's vehicle subsequently exited and ended up traveling in the wrong direction onto the I-65N off-ramp, causing a head-on collision with another vehicle.

Both Taylor and driver of the other vehicle were taken to the Athens-Limestone Hospital and have since been released. Taylor is being held at the Limestone County Detention Center.

“The outcome of this pursuit could have ended much differently and with serious injuries," said Limestone County Sheriff Mike Blakely. "I commend my deputies for an outstanding job during the pursuit and apprehension of the shooting suspect, while keeping the safety of the public a priority.”

This is a developing story that will be updated as more information becomes available.

IN OTHER NEWS: U.S Space and Rocket Center: 'We're very fortunate' to land 'Perseverance' on Mars