Huntsville and Madison candidates in the upcoming municipal elections respond to questions from the public on a live-stream LGBT rights forum. 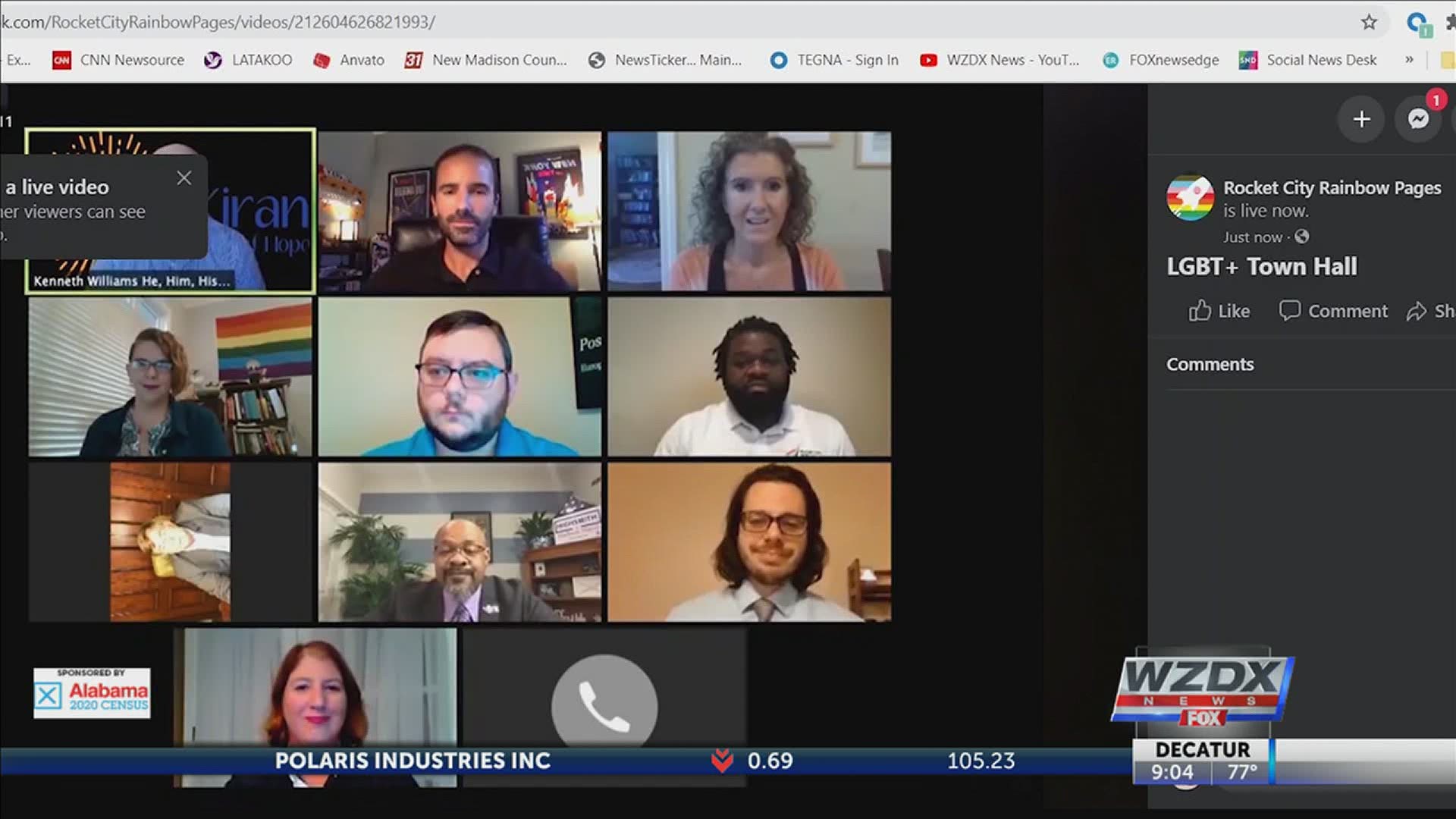 HUNTSVILLE, Ala. — Tuesday evening, an online forum discussed issues that plague the LGBT+ community and local candidates were in the hot seat to speak out. The forum was put together by Rocket City Rainbow and other groups.

Moderators representing local LGBT+ organizations, asked pre-submitted questions from the community to local leaders and candidates during the live-stream.

WATCH: Locals push for nondiscrimination ordinance to dispel fear of 'coming out' in Huntsville

Each candidate was asked if they would support the addition of the terminology  "sexual orientation, gender expression and gender identity" to the city's non-discrimination ordinance.

Here are some responses from those on the ballot for Huntsville Mayor:

Andy Wolosyzn, candidate for Huntsville Mayor, says,  “Yes, 100 percent. And I don’t know if it goes far enough. We need to be able to have an ordinance. We need to have legislation that protects you no matter who you are in terms of your gender, your sexuality and your personhood.”

Organizers say, the focus of the forum is to shed a light on LGBTQIA+ issues.

Those who spoke during the forum were as follows:

Here's the link to the livestream of the forum.